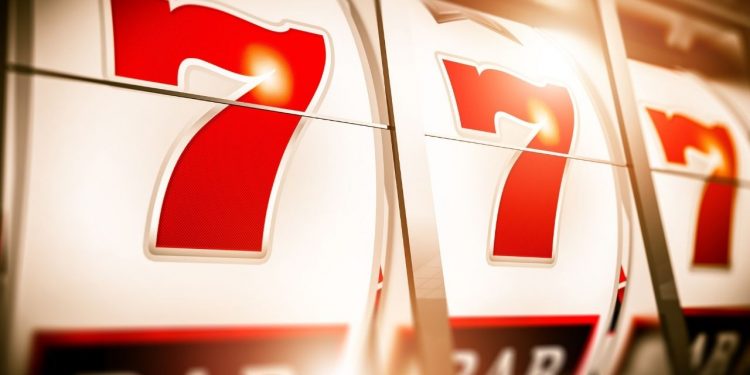 Winning at slot machines is like winning money while drinking water. These games don’t require any prior experience or special strategies to win. All you need to do is wait for the reels to spin and land at the winning combination. Even a first-time player could win millions of dollars with just the support of his luck. While playing at the Best online casinos in America the stakes are low on slot machines yet many people win big prizes.

The concept of progressive jackpots has changed the winning system at gambling parlors. Simple machines have started providing prize money at an exponential rate. To know which type of win is coming in your direction, it is important to keep a note of the amounts won until today at casinos around the world.

Not only $39 million, but the biggest slot machine winning jackpot included change as well. This was the largest jackpot ever won in the US and across the world. A 25-year-old Los Angeles-based software engineer was the owner of this mind-boggling amount of money. He won this jackpot while playing at the popular Excalibur casino in Las Vegas. Megabucks was the slot game that gave him the chance to win millions.

Keep reading to see the biggest overall casino wins and the most amount won at slot machines by individual players.

Every event that happens in Vegas becomes the talk of the town especially at family gatherings like Thanksgiving and Christmas. Huge jackpots have taken the cream of such topics, and it has become impossible to avoid the discussion about the biggest slot machine wins at any event.

So to always have some information regarding the topic on the table, check out the most remembered slot machine wins across the world.

Winning even once is a big deal in any casino across the world, but an old man in Vegas won twice while playing a slot game. At the age of 76, Elmer Sherwin, a vet at the World War II won a jackpot of $4.6 million while playing at the Megabucks machine. Just like many people would, he used the cash to travel the world. During his future trips to casinos, he would keep on betting once or twice a week to experiment with his luck. Sixteen years after the first victory, he played the same jackpot to win $21 million. This time, most of this money was donated to charities that included the ones who helped the victims of Hurricane Katrina.

Amy Nishimura, a 71-year-old lady from Hawaii, won $8.9 million while she was on a vacation in Vegas. At the Freemont Hotel, Nishimura would play at one fixed machine which she called her own. She believed after listening to many people that the particular machine would bring her luck. After playing for less than 3 hours and spending a maximum of $100, Nishimura won around $9 million. She became a good example of persistent determination for future gamblers.

While playing at The Wheel of Fortune machine, a 60+-year-old woman won $680,000 in the Palace Station Hotel. She chose to play further with that winning amount instead of spending it lavishly. This trick worked out for her. After some months, she won more than $27 million while playing at the Megabucks slot machine. This gave the valuable lesson of never settling for any amount to the gamblers.

A postal worker John Tippin was on a vacation in Vegas when he hit a Megabucks jackpot in 1996. 5 years after the win, his book I Did It! My Life After Megabucks was published. In this book, he mentioned the after-effect of his jackpot winning. The book explains the paranoia and isolation faced by Tippin after he became a multibillionaire.

While playing a game at Microgaming’s Mega Moolah, a British soldier won the most amount ever won at that progressive slot – £13.2 million. Jon Heywood, a 26-year-old army man, had just placed a bet of 25 pence. Just with a small stake like such, he won in millions. This goes contrary to the popular belief that only big bets have a chance of winning big at slot games. A major portion of the winning amount was used by the soldier to treat his father’s ailment.

By looking at the mentioned winning cases, you might have understood that jackpots are solely based on luck and not on any other factor as the popular belief goes. Keep trying your luck at the best online casinos to see if you become a millionaire by playing from the comfort of your home.