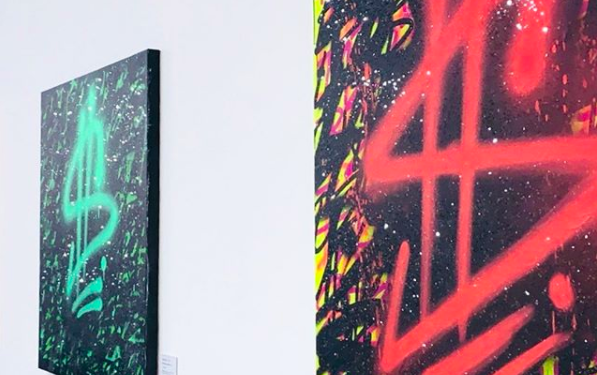 Venezuelan street artist, Enrique Enn has become a notable figure in the world of art. And it is his passion for graffiti art that has paved the way for his success in a limited time. Due to his self-invented unique techniques, Enrique Enn’s work has received appreciation from various artists.

Born in Venezuela, he started doing Graffiti at the age of 14 along with his friends every weekend but he used to do it illegally. When he reached the age of 18, the street artist moved to Miami along with his sister and his best friend. Enrique Enn had to manage everything by himself as he had no family relations in the States.

Due to his passion, dedication, and determination towards excelling at Graffiti, Enrique Enn (Instagram @enn) has become a graphic designer, illustrator, video editor, and 3D modeler. It is his intense hard work that has made him a remarkable figure of Venezuelan street art.

He started doing Graffiti on his own style on Canvas in the year 2016 and one can see his creative graffiti art on his Instagram page. His Graffiti works have received appreciation from other artists and the Columbian singer, J Balvin has liked as well as commented on his work.

The Venezuelan artist has found his own style using different mixing techniques such as screen print, acrylic paint, spray paint, diamond dust, and resin on canvas. And he has posted a lot of pictures of exotic cars and street art on his Instagram page, @enn. Soon, he is going to enter a big collaboration with @Alphaprodetail on Wynwood, Miami for his first exhibition.