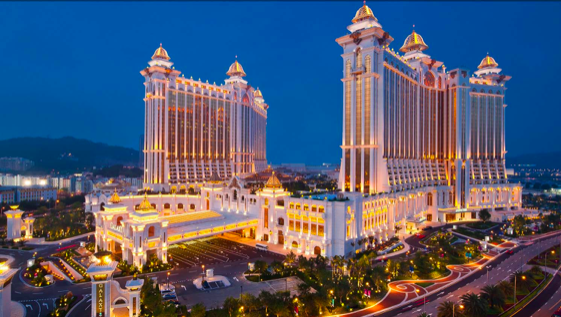 Gambling is a big thing in Asia. A massive business that has produced immense and beautiful land-based casinos across the continent, such as the Wynn Palace and the Venetian in Macau. But besides the traffic to these prestigious monuments, numerous Asians are also gambling from the comfort of their homes or even offices. A lot of people frequently access betting and casino games from their mobile devices and computers just as the in physical buildings.

However, Asia is big. And the access and passion for gambling are not always evenly matched. With this big business always hungry for new players, how is effecting the behaviors of players?

Gambling in India is totally restricted on a federal level – except for selective categories such as horse racing, lotteries, and numerous state exceptions. Critics are of the opinion that gambling can lead to high risk of crime and corruption in the country. While proponents of a legalized and regulated gambling market argue that it would improve the economy of the country and add to the GDP.

Among the state exceptions are legalized physical casinos in the states of Goa, Daman and Sikkim. The boat casinos in Goa contributed 1.35 billion rupees to the state’s overall revenue in 2013. These casinos are on boats in order to be more favorable in the eyes of the law that permits so-called “offshore casinos”. On this offshore yacht players can have access to slot machines, American Roulette, Blackjack and Paplu. Another type of offshore casino that has thrived in India is the online casino. These casinos operate hassle free because they are owned and run by offshore entities from overseas.

Legality of Gambling in India

The legality of gambling is a big issue in India, as some people are in support of gambling, and others are against it. However, according to the laws of the country, the right to ban or retain gambling lies strictly in the hands of the states, or provinces as they are called.

The information Technology Act of 2000 that regulates cyber activities in India, fails to mention the word gambling or betting. Therefore, it is in the interest of the courts to interpret. But the courts have failed to interpret the law. As a matter of fact, online gambling is an offense in the state of Maharashtra.

Facts about Online Gambling in General

Casinos in Asia are a big phenomenon, but India has failed to properly embrace online gambling to its benefit. The state of Sikkim tried to give licenses to 3 online casino companies, but it still failed. However, there is optimism that other states will make their own attempts and open the online gambling market in the country.

Federal laws dictate that casinos in India cannot promote themselves or have online portals. This is because of the prohibition to do business online. However, casino websites owned by entities outside India can take the bets of players in India without restriction. These companies are call offshore companies. The only requirement from the offshore companies is that they must collect and pay players in India Rupees. Although, this is no longer accurate as from January 2020. All these shows that online casino cannot be operated in India, but companies outside India are the owners of the market. This makes India a worthy competition for Macau in terms of gambling. As it is, plenty of Indian citizens are making their way there to benefit from their open gambling establishments.

Online casinos around the world are visibly contributing to the economies of countries where they operate without restrictions but with visible regulation. Despite the claimed extensive ban for online casino in the country there are still numerous casinos available. The Indian casino market is currently estimated at $60 million per year. You can take a look at this guide to Indian online casinos for more information about the operators on offer to players from India.

A large part of the business community in the country are calling on the government to legalize gambling and online casinos. This is so that citizens can own casino firms and enjoy the benefit of getting involved in the growth of the economy. Many elites are of the opinion that the government can benefit from gambling if it is legalized, as a lot of the people benefiting from the profits are foreign, whereas the state could be reaping a lot of tax income and economy growth if this sector were allowed to flourish.

The Best Coffee Tours in the World: The 2021 Gold List