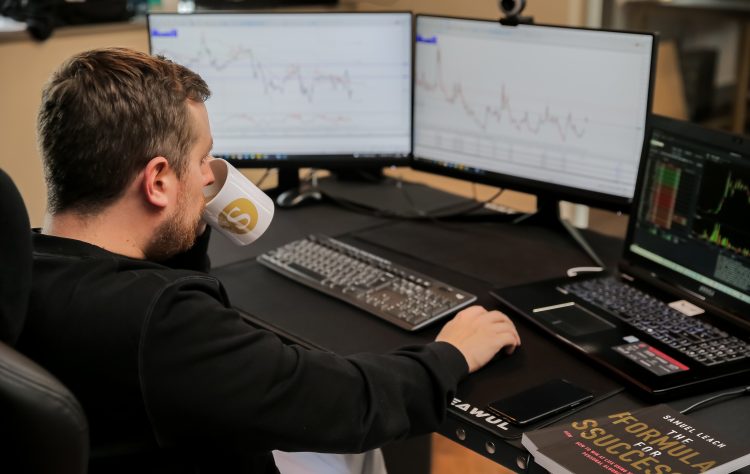 Whilst algorithms, automation and Artificial Intelligence (AI) are recognisable features of modern life.  Smart home appliances, search engine optimisation, and online shopping are all reliant on it. Few outside of the financial sector are aware of the extent that banks, hedge fund managers and other investors and traders are relying on the emergent technology.

Through detailed programming, algorithms can carry out traders’ orders in the market automatically by working to a predefined set of rules captured in the source code. Whilst this automates the process, the real strength comes in faster placing of orders which are therefore more accurate, but is done without the risk of human weaknesses, such as fear, recklessness or anger, interfering with the investment strategy.

Samuel Leach, a director at Watford-based Samuel & Co Trading, has completed a 7 figure deal in early November 2021 designing a bespoke and high-performance trading algorithm for one of Europe’s investment firms, sources close to the deal have confirmed. Samuel Leach who has developed multiple algorithms to operate within many specialist market niches, including FX on the GBP: USD exchange rates as well as Equities on the US stock market, is understood to have stress-tested the algorithm against 40 years of technical market data to ensure its performance specifications.

Whilst the identity of the investment firm remains a secret, it is known that key industry players, including JP Morgan and Citi, are known to have acquired or are in the process of acquiring or developing algorithm-enabled capabilities. This should come as no surprise to those monitoring the sector, as significant growth is forecast. Whilst by some measures 60% of trades now have algorithm or other AI basis, some are predicting up to 90% within some markets in the coming years. In financial terms, Allied Market Research calculated last year’s global algorithmic trading market to be $12.14bn.  The same report projected that figure would reach $31.49bn by 2028.

Samuel came from a working-class family. At one stage during Samuel’s childhood, the family’s financial difficulties were so acute that his father, brother and he had to share a single room

Despite humble origins, Samuel started his financial sector career at one of the United Kingdom’s leading independent private banks in the country, a competitor of the Queen’s bank. At this time, he was still studying for his BA at the University of Hertfordshire.  By this time he had founded Samuel and Co Trading in 2013, he had taken a £2,000 student bursary and through Forex and Equity trading converted it into £178,000 within the year.

Samuel Leach is now recognised as one of Yahoo Finance’s Top Traders To Follow in 2020, is ranked as 7th Top Fintech Disruptor in the UK. He is a top YouTube and Instagram social media finance influencer and is the subject of “The Real Forex Trader” documentary. He is also a published author, having written his book ‘The Formula for Success: How to Win at Life Using Your Own Personal Algorithm’ in 2019, which outlines his approach to trading and broader financial management.

Whilst algorithms are now an established part of High Finance, Samuel & Co Trading recognises the benefits of algorithms for all categories of retail investors as well, beginner or veteran. Research into publically available communications and releases indicates that a key to understanding Samuel’s motivation is the desire to inspire others to achieve financial security and freedom for themselves. Time will tell if this dream becomes a reality.