Web3 – the evolution of the Internet 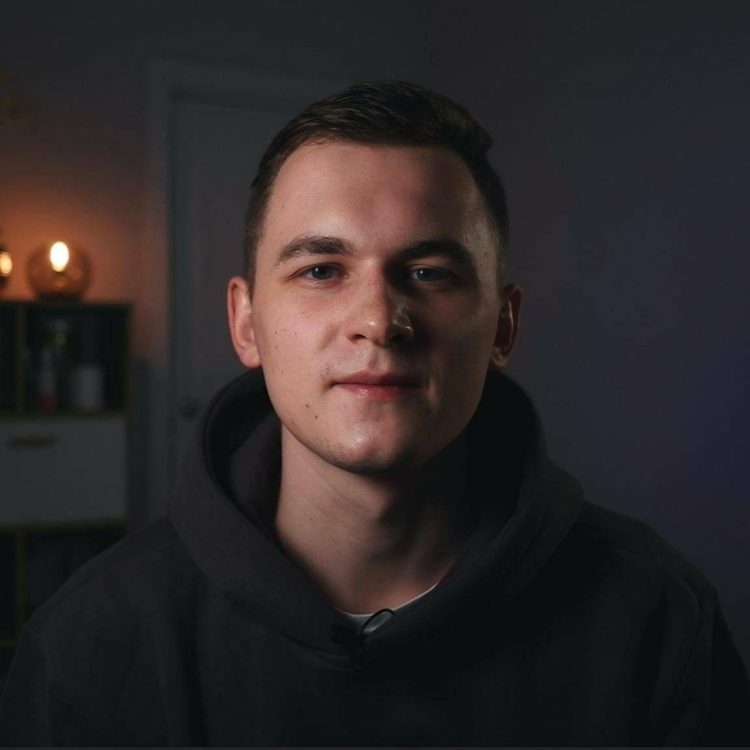 Recently, such Web3 industries as DeFi, NFT, and DAO have been actively discussed.

We decided to discuss what Web3 is and what to watch out for with the CEO of Via.Exchange Serafim Korablev recently raised a $1.2m round from world-renowned funds and angels.


What is the difference between Web2 and Web3? What are the prospects for Web3? Which sectors of Web3 do you think will be growing in the future and why?

Thanks for having me! Previously, in Web2, centralized platforms stored user data, significantly increasing the risk of information leakage.

In Web2, data between platforms are not interconnected in any way, and users are subject to censorship, blocking, and other penalties. In addition, they cannot participate in distributing revenues of centralized platforms. Web3 offers a solution to all these problems.

Web3 needs users to function and attract them, and there must be tangible benefits. Cryptocurrencies can change the mechanism of the income distribution. Part of the platform’s income can now belong to conditional artists and ordinary users.

Let’s take the abstract GameFi project as an example. The Play-to-Earn model distributes revenue traditionally owned by developers to players.

What sectors of Web3 do you think should be monitored?

Socialization is essential to a person. In both the Web1 and Web2 eras, communication was an area that began to develop relatively early and had the most significant impact on the industry. Looking back at the development of the Internet, MSN appeared in 1995 and QQ in 1998; Facebook was created in 2004, Youtube in 2005, and Twitter in 2006. Social applications have helped spread.

SocialFi and Creator-economy with social attributes are essential areas for developing the crypto industry. For example, in Web2, a centralized social platform receives user data and the vast majority of revenues and, at the same time, bears the risk of confidential data leakage. Therefore, as a decentralized tool, Blockchain can empower the industry and make a real revolution in it.

When do you think we should expect rapid growth?

Since the number of Web3 users is still relatively small, the infrastructure is incomplete, and the product interface is far from perfect. SocialFi applications and the creator economy cannot develop on a large scale. Industry leaders will take a long time to prove themselves. The social concept of Web3 may already be hot, but it’s worth remembering the long way to build the infrastructure.

In Web2, an application is only considered globally used when the number of users has reached 1 billion, so I estimate that by 2024 Web3 will have massive user adoption worldwide. Unfortunately, web3 infrastructures can still not support the colossal content posted by users and the circulation of cryptocurrencies. Currently, for ordinary dApp users, barriers to entry and cost of use are relatively high. In addition, it is also not very user-friendly.

What, besides the number of users, is hindering growth right now?

Replicating traditional social networks on Web3 is exceptionally difficult because it requires many sacrifices, trade-offs in significant benefits, and a lower barrier to entry to move users from Web2 to Web3. Centralized social platforms such as Facebook and Twitter are also actively exploring the creation of Web3. Still, they most likely will not be fully implemented due to their vested interests and path dependencies.

By what criteria can one understand that the project has a future?

Firstly, low cost of use weak UGC attributes clear goals and no need for many ordinary users as content creators.
Second, easy operation and smooth operation.
Thirdly, a balanced and reasonable token saving system, allowing full use of the role of tokens.
Fourth, the project has unique selling points that can spread quickly and attract many users at a low price.
Fifth, the product has excellent sustainability can provide a permanent incentive for users, which can be realized.

What are other industries worth mentioning in your opinion?

In addition to social projects, music projects are among the creator economies that could snowball in the early days of Web3. This is because music-based projects have low infrastructure requirements. In this way, music platforms can be the first bridge to convert more Web2 users into Web3 users. This track has investment opportunities, such as aggregated music platforms NFTs.

The main issues facing Web3.0 music platforms are unclear liquidity models and copyright issues. For example, the decentralized streaming platform, Audius, hasn’t abandoned the traditional streaming model, but it hasn’t played the role of its token well either.

How would you implement this project?

On the contrary, I believe that music-based NFTs could make a breakthrough in 2022. On the one hand, after the boom of image-based NFTs, users are already well versed in NFT projects, and the cost of user education has decreased. On the other hand, several leading investment institutions have already started developing and will launch more music-based NFT projects in the future. The main problem now is that the music NFT is dominated by niche musicians and needs more established musicians to expand its influence.

How would you implement this project?

There is ample room for development in entertainment, including music, the model combining NFT, and fun games. The fan economy doesn’t work well at the back of Web2. However, in Web3 using NFT, the fan economy can better realize the benefits from the community, fan flow, and ownership.

In particular, Web3 can provide the following benefits:

First of all, the price level. Most of the current ad-based and subscription-based models charge uniform prices; however, in Web3, different products and services can be bundled into different NFTs. The charging model is very flexible.
Secondly, fans and stars can interact directly, and intermediaries (such as record companies) can no longer take a percentage from them.
Thirdly, while users spend time and money, they can also receive the corresponding economic benefits and the right to discourse, increasing their enthusiasm for participation.

The fan economy is focused on fans, and the critical question for 2022 is whether the fan economy can have a ripple effect on the NFT or crypto industry. As Web3 grows and the number of users increases, there will gradually be stars associated with the cryptocurrency sector on some leading platforms.

The works of famous stars are subject to copyright issues, and it is pretty challenging to release NFTs directly. Therefore, the fan economy should not be limited to the art of stars, and NFT asset holders should have a wider reach, such as peripheral celebrity items, meetings, concerts, and other events. In addition, the variety of NFT operators is likely to attract more influential celebrities, thereby attracting more fans.

In conclusion, what would you like to say to our readers?

Web 3.0 is still in its early stages of development, and building the infrastructure is very important. In terms of applications, the adoption of cryptocurrencies must increase to a certain level before applications begin to develop on a large scale; also, some early applications with mesmerizing features are needed to attract many users.

In addition to social media, the creator economy is also an up-and-coming sector in Web3. For example, music projects have relatively low infrastructure requirements and are likely to thrive early. In addition, the fan economy is an important area for a breakthrough, and NFT can play an essential role in this.

Regardless of the direction, Web3 also needs to solve the problem of commercialization. The token economy model will require capital returns based on current claims to sustainability. In Web2, the primary source of social media income is advertising revenue, which is the marketing contribution of many corporate clients in line with business needs. Then, in the age of Web3, a good source of income through a suitable business model is also needed.

Although there is no definitive answer yet, the problem of commercialization will be solved with the development of Web3, just as no one could ever imagine the wide variety of commercialization models that exist today in the early stages of the development of the Internet. So, in the wake of Web3, let’s stay optimistic and open-minded to learn and grow.

Thanks for the inspiring conversation. Good luck!