Who is Ralph Smart and how did he get to 1 Million Followers Online? 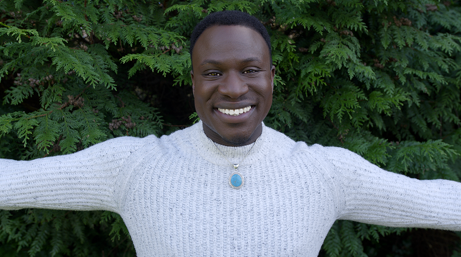 A refreshing wave of renewal and rejuvenation has been sweeping through the virtual world for the last few years, thanks to well-known psychologist, influencer and personal development specialist Ralph Smart. A London native, Smart is an enlightened soul with a powerful message of self-awareness, empowerment and elevation. His expert advice and encouragement has been changing millions of lives for the better and the results are simply astounding. He is fast becoming a global giant in the world of motivational coaching and his impact is swiftly spreading throughout the world, bringing with it a wave of positivity.

Smart has earned his massive following through years of hard work and dedication and of course the appeal of his videos. As creator of his wildly popular YouTube channel Infinite Waters (Diving Deep), he has been able to inspire over one million people to become subscribers and he’s on the fast track to the two million mark.  In addition, his videos attract thousands of views and likes daily coming from subscribers and non-subscribers.  In total his videos have been viewed over an impressive 200m times. In any given week, Smart has touched millions of lives around the globe in a positive way.

The Journey to 1 Million Followers

But how was he able to achieve this magnificent feat? Smart’s success is due in part to his tenacity. He has been consistently producing one video per day for many years and this has resulted in a whopping 3000 videos on YouTube. He is so determined to share his deep knowledge with the world that he works assiduously at preparing and uploading exceptional video content each day. The fact that his millions of fans can rely on a steady stream of helpful videos has helped win the hearts of millions of loyal followers or ‘Deep Divers’.

Millions of people on the world rely on Smart to provide them with a steady diet of deep and motivational inspiration. They log on to their computers each day, anticipating the breath of fresh air and psychological rejuvenation that comes from Smart’s motivational and informative videos. Armed with these inspirational truths these people venture out into the world, committed to be the best version of themselves.

The second part of his twin pronged success formula is the ‘realness’ of his videos. When Smart speaks into the camera it is as though he is speaking to your soul. He is gentle yet authoritative and encouraging. No doubt his impressive education comprising a Bachelor of Arts combined honours degree in psychology and criminology played a significant role in this. His manner of presentation allows viewers to be pulled deep into the message of self-awareness and growth, filling a void that many people have struggled with for years.

Ralph Smart’s videos are so captivating and enlightening that viewers can’t help but become hooked.  Once you view one video you’ll develop a healthy craving for more of his inspirational talks. This is because his passion for helping people shines through in each video. This is a passion that has driven Smart for the last few years. Smart has successfully converted his passion into a subscriber winning magnet. For many of his subscribers it is this passion that has attracted them to his work and it is this same passion that continues to inspire them to aspire towards greatness.

Smart is doing the world an immense favour with his activities. His work fills a void that has existed in the world for far too long. His is someone desperately needed in a world with so many lost souls. Feelings of inadequacy, low self-esteem, low confidence, fear and confusion dog many people around the world today and Smart’s inspirational videos offer a solution that