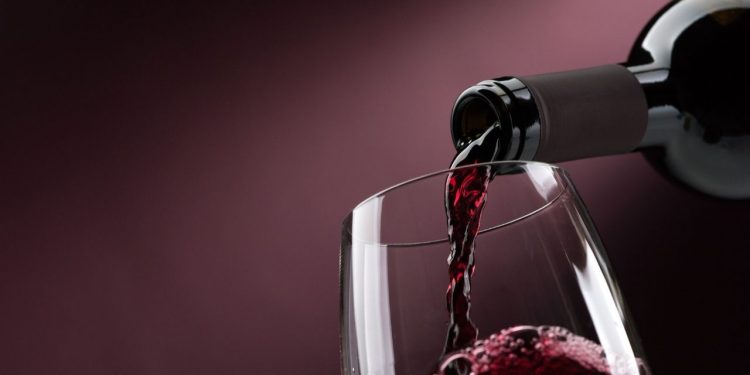 For the casual wine drinker, the name Robert Parker might not mean much, but it should. Such was his influence that, for decades, he wielded untold power over the wine we drink and, ultimately, our tastes. A veritable Anna Wintour of the wine world, many of us are now unwittingly sipping cerulean blue wines without even knowing why.

But now he has retired, leaving a massive void in his wake. Of course, this begs the question: when the man who’s every whim and wish had the power to reach across the Atlantic—disrupting even the most storied of France’s traditional wine regions—steps down from his throne, who is going to step up and fill his shoes?

The curious case of Robert Parker

Starting his working career as a lawyer, Parker’s journey into—and eventual domination of—the wine world was highly unconventional. Lacking any formal training as a wine taster, he won his influence through self-publication and controversy.

His eventual rise to being the prince of the wine world’s tastes began six years after a visit to France’s Alsace region sparked his love affair with wine. While still working as a lawyer, he began publishing The Baltimore-Washington Wine Advocate— a bi-monthly collection of wine reviews—in 1973. A year later, he truncated the name to The Wine Advocate.

For the better part of a decade, Parker continued working as a lawyer; The Wine Advocate was more of a hobby project. It wasn’t until the early eighties that he finally emerged from relative obscurity, gaining notoriety for his contrarian reviews of the 1982 Bordeaux vintage.

The tides of change

In 1982, the Bordeaux region in France experienced a long, hot and dry summer. This ferocious summer forced vineyards into producing fruit that was riper and more concentrated than was typical for the region and, as a result, the wines the emerged from that year were different from those traditionally expected in the region.

This upset wine critics of the time and a majority of them wrote off the vintage as a failure, declaring the vintage to be overripe. Parker, on the other hand, fell in love with the concentration and power of the resulting wines. He wrote a litany of raving, positive reviews which drew a lot of attention.

Yet, despite all of the controversy he had caused, he also managed to strike a chord with a new generation of wine drinkers. This was the eighties, baby, and people wanted things to be big—big shoulder pads, big hairstyles, big stock market crashes and, of course, big, bold wines.

The wheels in motion

Following the 1982 Bordeaux controversy, Parker’s rise to wine superstardom was meteoric. By the year of 1984, he was able to quit his law job and dedicate himself to wine full time. His unconventional wine reviews had attracted a lot of attention. They were… different.

This helped grow his subscriber base to such a gargantuan level that he was starting to shape the world’s tastes with his new ideas about what makes for good wine. This influence only continued to grow and, eventually, his critiques had the power to make heroes out of winemakers. A relative unknown could, on the back of a 95-100 point Parker review, see their entire year’s production sell out in hours.

With such phenomenal influence, the whole world set about making their wines with Parker in mind. It was out with the old and in with the new—finesse and elegance were out. Robert wanted big, bold wines with high alcohol and concentrated fruits. And Robert was getting them. Even in the most well established old-world French appellations like Burgundy and Bordeaux, winemakers eschewed their traditions and began bending over backwards to please Monsieur Parker.

Will the new generation please stand up?

When she was getting her start in wine Tammie Teclemariam—now an increasingly influential wine writer—was confused. She recounts, “Whenever I got to try one of the high-scoring wines, I could never really make a connection and thought that it was just the part of learning about wine that I wasn’t going to get.”

These days, Teclemariam is thirty years old and confident enough to back her own opinion. She now realises that everyone’s tastes are different. Parker’s likes were simply not in alignment with hers, which has even provoked her to claim—somewhat ironically—that “we’ll be dealing with the bad-wine leftover from [Parker’s influence] for years to come.”

But if everyone’s tastes are different and the reign of a supreme leader can leave us with a nasty, years-long hangover, to who should we be looking? Who will become the future tastemaker of wine?

You, dear friend, are the future tastemaker

If an industry insider like Teclemariam can realise it, then we should, too: it is high time we bring the days of worshipping at the feet of wine idols to an end. Whether it be a traditionally revered appellation or a renowned wine critic, authoritative forces have no business in deciding what you should and should not like.

But, while there’s no point pretending to like something that we secretly don’t, how are we to navigate the thousands of available wines without relying on critics, medals and other indicators of quality? It seems like an impossible challenge without dedicating a significant amount of time and money to the pursuit of wine bliss.

Palate Club is the toolmaker

As rebellious young wine journalists defy Parker’s heritage and advocate for individualism in wine, innovative new companies are delivering us the tools we need to navigate the countless wines out there. With technology coming so far since Parker took his throne atop of wine mountain, it was only natural that these tools were going to be—yes, you guessed it—tech-based.

One of the most promising of the new generation of wine-tech innovators is Nicolas Mendiharat, a French native who wanted to make finding new wines easy. The answer he came up with is his wine subscription startup, Palate Club, which incorporates technology and personalisation to deliver a ‘Netflix for wine’ style of service.

What this means is that Palate Club builds itself entirely around you. You start with a wine tasting kit that Palate Club sends you, and then, as you taste the wines, you rate them using the companion ​wine tasting app. What this enables Palate Club to do is to build up a unique palate profile using your preferences to determine what balance of wine qualities best suit your palate.

How is this possible?

To achieve this, Palate Club creates detailed profiles of each wine within its service. Gone are the days of subjective critiques that try to capture a wine’s unique personality in an all-round score and a flowery two-sentence review. Palate club prefers to profile each wine objectively, measuring everything that contributes to its unique profile.

To achieve this, Palate Club considers every detail about every wine. Everything from its colour, right down to its unique acid profile is tested and measured objectively. By doing this, Palate

Club can obtain a highly detailed and objective review—far more so than any all-round wine score combined with a few flowery sentences can achieve.

Essentially, what this all amounts to in the end is that Palate Club can very quickly and objectively hone in on precisely what it is that tickles you fancy in wine. All of this puts your palate at centre stage and cuts down the time and effort demanded of the intrepid wine explorer willing to diverge from Parker’s well-beaten path.