Why London Could Soon Earn An NFL Franchise 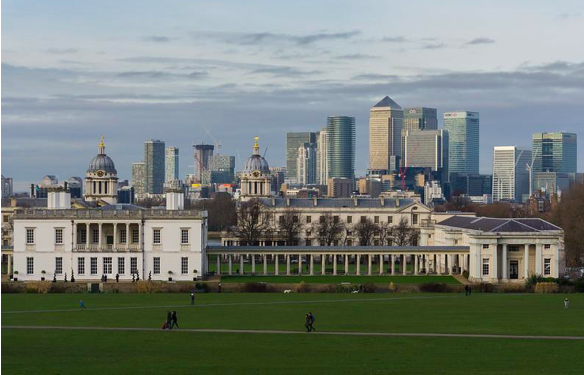 Every year since 2007, the NFL has played at least one game in London. The 13-year streak ended this season due to the ongoing pandemic. However, four games were originally scheduled for the city — two at Wembley Stadium and another two at Tottenham Hotspur Stadium — before being cancelled due to the dire circumstances.

Nonetheless, the league is leaving a trail of breadcrumbs in the “Big Smoke” pointing that a team could soon call the city home for good and not just a one-off game. Can you see the trail? We certainly can. Here’s the tell-tale signaling a London-NFL pairing could soon become permanent.

Fan’s Appetite For Football (The American Kind) Has Been Established

London has always been a soccer-crazed town. Because of that, it wasn’t going to become fans of American football overnight. No, it had to be a slow roast, but more than a decade later, a following for the sport has been developed.

The proof is in the attendance numbers of NFL “International Series” games, which are on par with NFL Super Bowl 2020. Just about every London-based game has drawn sell-out crowds of at least 80,000. Matter of fact, its record attendance is 85,870 for a game between the Jaguars and Eagles in 2018 (by comparison, 62,417 attended the 2020 NFL title game pitting the Chiefs and 49ers together).

The NFL Is Hungry To Grow Its Game (And Revenue) Overseas

With total revenue inching toward $10 billion, no sports league in the entire world is more lucrative than the NFL. However, the league has not let its insane success make it stagnant. It wants to grow the revenue pie even more in the years to come.

Growing the NFL’s presence overseas is THE key to such growth. Think about it, the NFL gets the vast majority of its revenue from the United States alone. Despite soccer leagues and the NBA being followed much more on a worldwide basis, they still can’t compare with the NFL in terms of dollars produced.

If the NFL can just grab a fraction of market share in international countries, that total revenue figure will balloon dramatically. Honestly speaking, there’s no bigger money-making opportunity for the league than foreign expansion, especially given its already increased the length of season (to 17 games) and scope of playoffs (two extra games now).

And thus far, the league has dedicated most of its expansion efforts to London. The only other city that’s hosted an NFL game aside from London is Mexico City. But the disparity between the two cities is vast. London has earned 28 games, while Mexico City has a meager four.

Two Franchises Could Benefit From Relocating To London

At 32 teams, the NFL is more or less in a perfect scenario. Adding a 33rd team would screw up the balance in the divisions and conferences. Therefore, if a team in London is going to happen, an existing one must relocate there more likely than not. Well, there’s two franchises in particular that could benefit from a move to London — the Jacksonville Jaguars and Los Angeles Chargers.

The Jags make a whole lot of sense. Why? Well the obvious answer is the Jacksonville market pales in comparison to a megacity like London. But the more complicated answer is they actually understand the local London market. The owning family of the Jaguars, Shahid and Tony Khan, also own Fulham F.C. of the Premier League.

And believe us, the Khan family has made its interest in London clear from an NFL perspective. Since buying the Jacksonville in 2012, they’ve sacrificed at least one home game a year to head over there. Heck, if not for the pandemic, the Jaguars would’ve had two home matchups in London in 2020.

At this point, the NFL-to-London evidence is overwhelming. It’s more a matter of when it’ll happen rather than if!

Why Mental Health is Becoming Less of a Taboo Subject