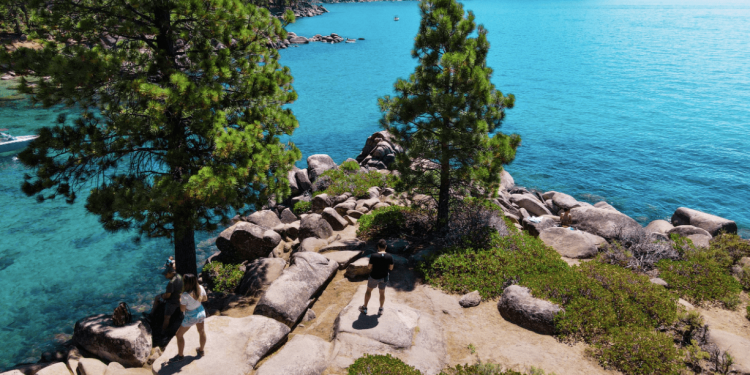 Probably, the people with the 9-to-5 job routines would be the last species on Earth to bring changes, let alone revolution in the world.

Since time immemorial, the human race has been defined and shaped by the leaders. Earlier, they were monarchs, traders, and any segment of society other than the slaves, who were only obliged to obey. In the contemporary age, entrepreneurs and media dominate the existing realities, which are no less harsh than committing to a 9-to-5 routine.

Still, people prefer to follow an office routine, fearing to lose what they already have in case they dared to expect more from life.

But unfortunately, life is seldom defined by the 9-to-5 gentlemen. However, it guarantees them a specific amount of money that keeps them in an illusion of prosperity, which they enjoy at the expense of leisure and happiness.

Seeking Inspiration from a Student Entrepreneur

Nick Abraham was one such lad who had also mixed into the 9-to-5 crowd before realizing his true potential. Before his transformation, he was working laboriously at a gas station near his place. At that time, a 30-hour weekly job with a $10.5 per hour sufficed his ambitions. But it was before he embarked on a monetized Instagram account with 50,000 followers.

What he had been earning in a week, he now made during the leisure time on his phone. Abraham said that he never imagined earning through his mobile.

Today, he is running a marketing agency, helping businesses leverage social media to increase their sales.

The young entrepreneur is an inspiration for those looking to set up their business after completing their education. He is still a student.

The student entrepreneur has some advice for aspirants who want to utilize the formidable combination of social media and entrepreneurship, which is time management.

Another Use of Social Media

Besides using social media as a monetary tool, there are many other ways to utilize it as effectively as Abraham did for money-making.This time, using this effective platform as a means to spread wisdom across the globe.

A social media influencer from Canada, Eli Jonah Karls’ sole-searching pilgrimage to Jerusalem transformed him from a music festival producer and entrepreneur to a social media artist with a greater mission.

At a young age of seventeen, Eli brought world-ranking DJs to perform at his music festival which took place in downtown Montreal. Then, he decided to embark on a journey that would forever change his life. Three years later, after founding the Daily Wiz, a social media series that amassed over 100,000 views on just his videos alone, Karls unveiled his life purpose. The premise was to make wisdom relevant and spread it across the globe.

This was evoked from the knowledge, and experience he acquired from renowned psychologists, educators, authors and entrepreneurs he crossed paths with from around the world. He conveys their wisdom to millennials on social media, and utilizes this effective platform to deliver his messages on a daily basis.

Another way he utilizes social media to effect change in the world is through  advocating mental health. Karls, alongside NHL top prospect Joe Veleno and graphic designer Ari Solomon, is a co-founder of the CELLY FORWARD CHALLENGE, a social media initiative promoting mental health during the COVID-19 crisis. CELLYFORWARD CHALLENGE had given a platform for athletes, artists and influencers to advocate for mental health. The movement has grown exponentially since it began last May, reaching 150,000+ people including 18 high-profile supporters like music artist Karl Wolf, tennis champion Bianca Andreescu, and Montreal Canadiens forward Nick Suzuki — who are all featured on the @CellyForwardChallenge Instagram account.

The people discussed above have flourished in their respective fields. But like most other people, they were blessed with the natural faculties by using which they learned, grew, and established what they had aimed for.

Indeed, it is an achievement for a student to use his learning skill in the later years to excel in life, whether it be a 9-to-5 job or a business.

Michael Peres was not blessed with the natural learning skills that his counterparts enjoyed. At the age of nine, he was diagnosed with Attention deficit hyperactivity disorder (ADHD). Despite being at a disadvantage, Peres did not yield to the condition many others would have attributed to God’s will before giving up.

Peres persisted, in his endeavors and contrived unconventional ways to learn. At 25, he graduated with a degree in mathematics and Jewish Studies.

However, the real challenge began after he completed his education. Peres was not made for a 9-to-5 office environment, and he realized it too. He rejected all the job offers.

By doing so, Peres defied both the social norms and his own physical condition that would have restricted him in a tedious office environment. Since he loved traveling, he devised a plan that would suit his desired life-style that could be anything but boring.

Instead of accepting a job offer amongst many options, the 30-year-old Canadian established two tech-based companies- Hecto Fox and Hexa Tiger.

For many, it could be an oversimplification of life by a successful entrepreneur, travelpreneur, and podcast host, whose business is running uninterrupted while himself being at large.

However, it should also be taken into account that Peres had to walk the extra mile to reach this point of saying so.