by Natalie Roberts
in Business
0 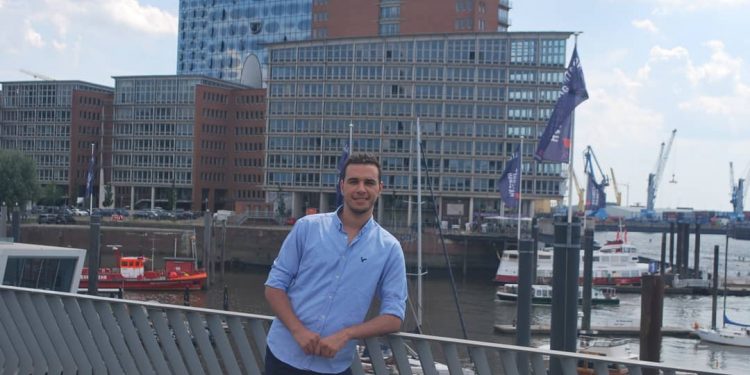 If you were to look at Abdelkader Bachr, you’d probably think he was a recent college graduate with $100,000 in student debt. What if you learned that he was making $100,000 per month from managing his own business? It would probably be hard for anyone to believe that a 24-year-old was pulling in that much money. After all, it is more money than most people make in an entire year.

So, how has Bachr generated so much monthly income at such a young age? It is the question that most people ask themselves when they hear about his story. At first, people usually assume Bachr has some advanced university degree or came from a wealthy family. Neither one of these assumptions is true.

The truth is that Bachr came from a low-income family and dropped out of a university before receiving his degree. Like many people in the United States, Bachr grew up with people telling him that a college education was the only way to achieve the American dream. By the time he had gotten to college, he had realized the American dream could be achieved in other ways. The internet had a lot to do with that assumption.

Bachr became fascinated with digital marketing and how much easier it was to reach people with particular demographics and interests. This was something that could never be done before with newspaper or television advertising. Bachr wanted to learn more about digital marketing, so he learned the ins and outs of digital marketing from several mentors who took him under his wing.

“Every new entrepreneur should seek out a mentor who can guide them in the beginning of their business pursuits,” Bachr said. “If you don’t have good mentorship, you’ll spend so much of your time trying to figure out the right and wrong ways of doing things. It is better to save time and achieve success faster by listening to the advice of a mentor who already knows about these things.”

Of course, there is only so much that an entrepreneur can do without a positive mindset. A mentor cannot show you the way to achieve success if you are not willing to do the work to achieve it. This is another trap that a lot of entrepreneurs will face because they expect their mentors to do everything for them.

A mentor is only a guide to fill in the gaps and answer questions on an entrepreneur’s journey. If the entrepreneur doesn’t have enough positivity and enthusiasm for their own business to see it through to the end, then they will fail no matter who mentors them. Bachr never took his mentors for granted when he started out in business, and he hopes that no one takes him for granted either.

“Even if I lost everything tomorrow for whatever reason, I could always rebuild everything again,” Bachr said. “All I need to do is fall back on my positive mindset and avoid looking at obstacles in a negative light. It is a hard thing for many entrepreneurs to do, but that is what separates the winners from the losers.”