Young Research Scientist, Adeyemi Oduwole, Has His Sights Set on Changing the World 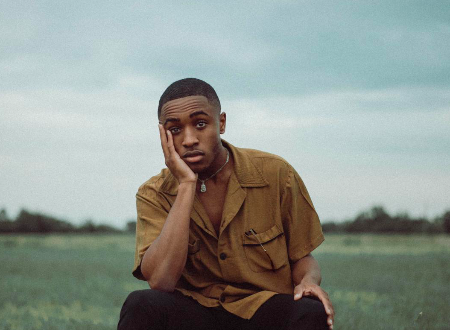 Adeyemi Oduwole is not your average 23-year-old.

Like most of his peers, he likes to hang out with his friends, loves sports, music — everything from Lebron James and the Lakers championship aspirations this season, to Drake’s newest EP — an array of topics splits Oduwole’s attention. But he also might cure Coronavirus one day.

He started his research career when he was working as an intern at the University of Pennsylvania, and he’s had successful and enlightening research ever since.

His first research experiment as an undergraduate at the College of Charleston consisted of groundbreaking research methods that solve the mystery behind Charleston’s African Americans’ Ancestry. His goal is to analyze the genomic diversity and genetic ancestry Charlestonians of African descent as part of the Gullah Society’s Anson Street Burials Project.

Now back in his hometown- New York City, as a graduate student at Icahn School of Medicine at Mount Sinai Graduate School of Biomedical Sciences, Oduwole is currently working alongside public health experts and epidemiologists on controlled human infection models (CHIMs) proposed as a strategy for accelerating SARS-CoV-2 vaccine development. He has aspirations of becoming a Medical Doctor in the future.

“Whenever I get curious about something, regardless of what subject it is or the topic it covers, I always put 120% effort into it,” Oduwole says.

Oduwole’s research and personal story have garnered some him public and media attention. In 2019, he gave a Ted Talk on the College of Charleston’s campus that received national attention, and he was later nominated to the “FORBES list- 30 under 30, where the young, creative, and bold minds on this year’s list prove that the future will be new, exciting, and profoundly different. These entrepreneurs are teaching viruses to fight cancer, developing technology to help astronauts breathe on Mars, and creating strings of hit songs that fuel our daily playlists, and that’s just a few. Harnessing expert community, robust reporting, vigorous vetting, and the world’s top investors and entrepreneurs’ wisdom, they evaluated more than 15,000 nominees. The final product: 600 revolutionaries in 20 industries changing the course— and the face— of business, technology, science, and society.

“The research I’ve participated in requires immense amounts of hard work and sacrifice over the years, so it’s great being recognized on the same platform as other millennial scientists,” Oduwole says.

You can keep up with Oduwole and his future endeavors at adeyablo.

Looking Back on the Struggle: Austin Godsey