26 Failed Businesses And Still A CEO; The Secret Behind Steven Mayer’s Great Success 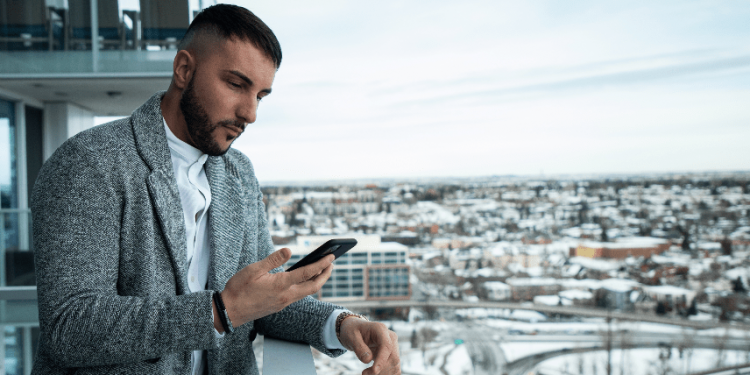 “Failure is the first step toward success” is a phrase quite often heard. However, it is not easy believing that and moving forward after you’ve failed 26 times. We as humans are impatient and want quick results. If we do not succeed at first, we tend to give up after trying a couple of times, tops. However, some people try again and again till they succeed and Steven Mayer is one of these people.

Born to a working class family in Canada, Steven was only taught to follow the path that everyone else follows; go to college, get a degree and then a corporate job. His story started when he was at a coffee shop once when he came across something he found interesting in the newspaper. It was an ad about an event related to how investing into real estate can make one financially independent. Steven attended this event, and it is safe to say it changed his entire perspective about life in general. He was pointed out of the crowd and when he answered the “What do you want to be when you grow up?”, the presenter of the show told Steven how he will be poor forever if he wanted to be a policeman.

Steven considers this his first failure as those words changed the course of his life. This part of his life made him a go-getter. He identified that he wanted to be an entrepreneur and after this realization, he was unstoppable. He quit his 9-to-5-job and pursued his dream. After his first business failed, he was in a lot of debt and had no other option than to find a job again. Here, he did very well in the sales department and was offered the position of Vice President of Sales. However, his thirst for being an entrepreneur still persisted and he kept trying with one business after another till he made it.

A few years later, Steven learned about earning money through Amazon – thanks to a friend who introduced him to this idea. Although he invested in the idea, he kept failing and eventually he realised he was doing something wrong. Consequently, Steven taught himself how Amazon works and during the time he studied all of this, he found gaps in the business.

However, Steven did not stop here. He wanted to share his success with others and started doing so on a personal basis with about one individual at a time. Slowly, this turned to be multiple individuals and finally, enough people came to him for help that he started a coaching and counselling session under the name of FBA Freedom Hackers Academy. This academy has helped hundreds of people by making them quit their own job and starting a business of their own.

Steven always wanted to gain financial freedom by starting his own business and lucky for him, he earned it through perseverance and not giving up. “Perseverance tells you not to give up even when the going gets tough. It requires you to dig deeper and find that extra bit of potential you possess to drive you in the right path. If you stay locked on your target and fight your way through, you are able to reach the goal you have envisioned,” Steven says, adding that he believes in this wholeheartedly. He also believes that one should be able to handle his financial and emotional burdens. He understands that at times, you may feel overwhelmed but if you keep yourself organized, you won’t experience that phase.

Steven Mayer is the perfect example of “try, try, try again”. If he gave up after his first failure, or better yet, first ten failures, he would probably be stuck at his 9-to-5-job as well, trying to figure his life out much like his coaching students before he became an entrepreneur. However, his hard work and perseverance stands to be an outstanding example for those of us who have difficulty pushing through life.