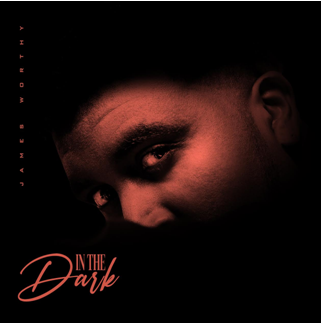 In its first few weeks of release, “In The Dark” has already hit #34 on the R&B/Soul iTunes Charts.

One of Worthy’s most humbling memories was the opportunity for he and his father to meet the late pop icon, Michael Jackson at an event at Webster Hall in New York City. “It was a very eye opening, amazing experience to say the least,” adding that it was that very moment which solidified his desire to stay in the music industry.

‘In The Dark’ is  a spicy, passionate story about two people needing to “spice” up their sexual relationship, which is just one sequence of Worthy’s upcoming studio debut album “Once A Fairytale.”

Worthy’s upcoming album, is due out for release later this summer, and is a story in itself, according to the R&B artist.  “Each song shows a different real-life scenario, which compiles the album into one entire storyline,” he told True Hollywood Talk’s Andrew Rossow. “[This new single] is just one story that a man or female can relate to in their relationships, with the sound of the track playing a part too, due to the darkness in the production. This, you will find, will correlate to the mood of the album. I’m excited for the world to hear it!”

The new single lays out the “next encounter” which occurs in “complete darkness”, focusing on these two individual’s energies, vibes, and souls connecting, while dancing in this atmosphere. “I have to give a big shout out to Ronell Sessoms and James ‘JG’ Gilmore for assisting me on this song. These are two great rising songwriters and musicians in the industry!”

Worthy, a 3X-Grammy Nominated artist continues to build momentum in R&B, proving that there is much ground left uncovered, and if there’s anyone ready to continue conquering, it’s certainly #kingjamesworthy.

To listen to Worthy’s new single, check out his Spotify and Apple Music.