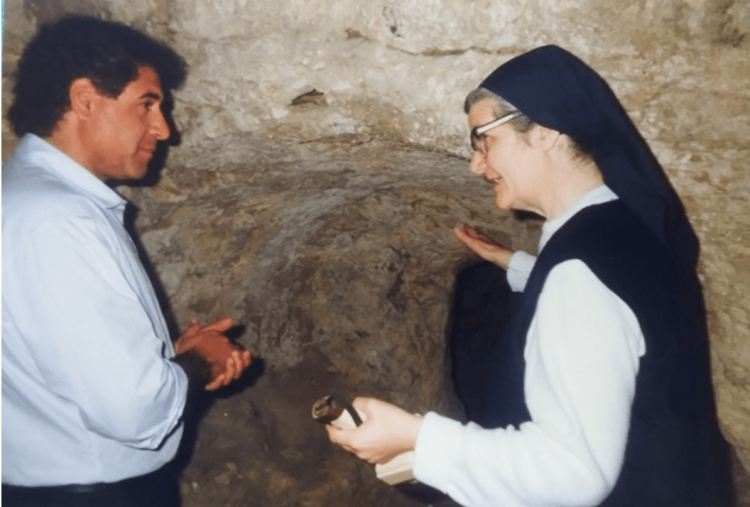 Researchers and archeologists have discovered a large number of secrets and interesting facts under the Convent of the Sisters of Nazareth. Although the site is well-known as the place of the early Roman period, not many people are aware of an interesting secret related to this place. Archeological discoveries claim that Nazareth is where Jesus Christ, Mary, Joseph, and his five sons lived. Meanwhile, the remains discovered under the Convent of Sisters of Nazareth prove the dwelling of Jewish of the first and second century AD. However, not everyone is able to understand the significance of such discoveries and remains. The secrets behind a range of discoveries and remains from Nazareth affirm the existence of a newly discovered burial tomb of Jesus known as Jesus Tomb in Nazareth.

Although most Christians believe that Jesus was buried and resurrected in the Church of the Holy Sepulcher, there are various other beliefs and shreds of evidence claiming the resting place of Jesus Christ in multiple locations. Other alternative tombs of Jesus are the Talpiot Tomb south of Jerusalem, The Garden Tomb in Jerusalem, Roza Bal in Kashmir, and Kirisuto no haka in Japan. However, remains under the Sisters of Nazareth Convent have brought a newly discovered tomb of Jesus in Nazareth.

The archeological site under the Convent of Sisters of Nazareth contains numerous remains of a first-century Jewish dwelling and burial caves. These remains include containers, pottery shards, stone walls, and entrances; locally, this site is known as the house of Joseph. The Sisters of Nazareth Convent in this site is near the Church of Annunciation in Nazareth. According to a 17th-century pilgrim, this church was from the Byzantine era, and is believed to be built over the house of Mary and Joseph. Later, the church at this site was rebuilt by Crusaders, and in the 13th Century, it was destroyed by fire.

The Convent of Sisters of Nazareth was established by a group of nuns who came to this site from France in 1881. They had no clue about archaeological evidence at this site. They had plans to construct a school for blind and deaf children. When they started digging the site for construction, they got a chance to discover remains and interesting secrets. They were the first to discover this archaeological site and find the remains. Later, several archeologists reached the site to uncover more secrets, revealing that this site was probably the burial site of the holy family.

After decades of archeological work, the site also found the actual newly discovered Jesus’ tomb in Nazareth. The archeological site consisted of a tomb designed for seven people and comprised of two chambers. The first chamber was designed for six people, whereas the other was only for a single individual. In addition to the tomb, two graves were discovered, which were dug into the mountain stone in a nearby area about 30 feet away on a higher level in this site.

The discoveries and remains uncovered from this site proved that this was the burial tomb of Joseph, Jesus, and his four brothers. Mary was not buried there. However, the significance of this site and all the discoveries could not be understood by people until an American Jew, Moshe Ben Joseph, visited the site in April 1991. He arrived at the Convent of the Sisters of Nazareth and discussed crucial matters and information with the mother superior, Kathy. Moshe Ben Joseph explained the true significance of such discoveries and this site to her that this place is possibly the resting place of the Jesus of Nazareth. According to Moshe Ben Joseph, the true burial tomb of Jesus is in Nazareth. Before him, no one could understand the secrets behind all the discoveries. He stated that this site is the burial site of the Holy family, which also included Jesus’s tomb in Nazareth. Moshe Ben Joseph came to this site from outside Boston, Massachusetts, with information that he received from an unknown source, claiming the actual and newly discovered tomb of Jesus of Nazareth. The information he received pointed out the exact location where Jesus is buried.