Amid the infection spike of COVID-19, Italy is to shut its shops and school 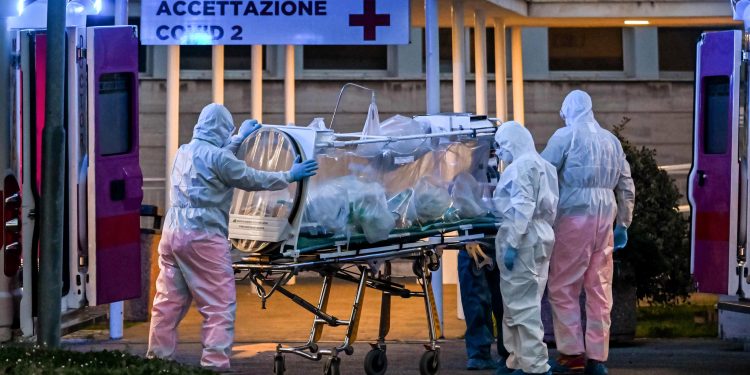 Restaurants, shops, and schools will be closed across most of Italy on Monday. With PM Mario Draghi warning of a new wave of the COVID outbreak.

There will be a total shutdown from 3rd to 5th of April for three days over Easter.

A year ago, Italy imposed one of the first national lockdowns, is once again struggling to contain the spiked infection.

There is a record of more than 100,000 covid relevant deaths, Europe’s second-highest tally after the UK.

Italy’s vaccination campaign has been hit by setbacks, as seen in other parts of the Europian Union.

Anglo-Swedish company AstraZeneca has stated a further shortfall in the amount of its vaccine it can supply to the EU. The company is blaming the export and import restrictions imposed by some countries. However, it did not elaborate.

In January, it announced a significant cut in the 100 million doses it had initially expected to deliver to the EU in March.

Last week, Rome’s government blocked the export of 250,000 doses of the Oxford-AstraZeneca vaccine to address Australia’s shortfall of vaccines.

Whereas, elsewhere, Norway, Denmark, Bulgaria and few more countries have paused AstraZeneca vaccines. There is over the fear that the vaccine causes blood clots.

The WHO on Friday said there is no indication that the fear was legit. Moreover, the WHO is stressing over the use of AstraZeneca, saying the countries should not stop using the vaccine.

What are the new precepts in Italy?

From Monday, schools and shops and restaurants will shut in more than half the Italy. It will include the two most populous regions containing Milan and Rome.

The resident will require to stay at home except for work, health or essential reasons. The extra restrictions would last until Easter, Mr Draghi office said. Additionally, over the Easter weekend, the whole country would be turned into the high-risk red zone.

Cases have been rising in Italy over the past week and exceeding 25,000 a day.

Italy has had nearly 3.2 million proved infections since the outbreak began last year.