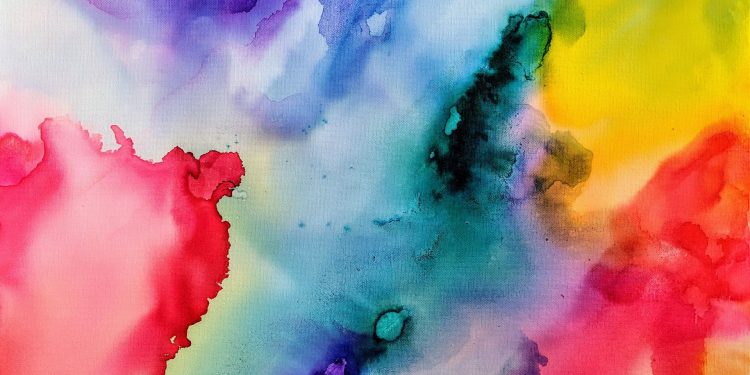 At the dawn of the twentieth century Europe, primarily in Paris, was the cultural capital of the Western world. However, during the 1940s many European artists sought to escape war-ravaged Europe or life under the Communist regime in Russia. They came to New York seeking freedom and joined earlier immigrants such as Arshile Gorky to initiate a movement known as abstract expressionism. Artists such as Mark Rothko and Willem de Kooning were joined by American painters such as Jackson Pollock and Robert Motherwell. They helped establish New York as a leading center of art during the post-World War II era.

Abstract art in Latin America found fruition in Argentina, Uruguay, Brazil, Venezuela, and later Colombia. It was inspired by Italian futurism, which focused on the aesthetics of speed, movement and industrial development. In Latin America, it found expression as geometric abstraction. Two of the most widely known pioneers of geometric abstraction are Joaquin Torres-Garcia and Juan del Prete. Buenos Aires became the leading center of abstract Latin American Art.

In Nicaragua, Praxis Galeria was influenced and inspired by Art Informel, which is sometimes called the equivalent of Abstract Expressionism but is actually an umbrella group bring several European abstract movements together during the post-World War II years. These include the CoBrA Group, Tache, Lyrical Abstraction and Art Brut. What these movements had in common was a rejection of pre-War logic, emphasizing instead the primal, subconscious, and the instinctive. The emphasis was on spontaneity and gesture to reveal the artist’s psychological state of mind. These were the tendencies that inspired Praxis artists and distinguished their artworks from the geometric abstraction prevalent in Buenos Aires and Brazil.

Overall, abstract art can be seen as a rebellion against the social realism that dominated art in the Soviet Union following the October 2017 revolution establishing Communist rule in Russia. Social realism was used as a propaganda tool to glorify the proletariat or common worker. Across the ocean in Mexico, the country was recovering from its own revolution and in an effort to reunify the country the Mexican government sponsored Mexican muralism, a movement that allowed artists to promote political ideas regarding the social revolution. The best-known artist of Mexican muralism is Diego Rivera.

These were the predominant currents of artistic expression when Dino Aranda came of age as an artist in Nicaragua. Prior to that time, art in Nicaragua was influenced by the Church and the patronage of Anastasio Somoza Garcia, who ruled Nicaragua from 1936 to 1956. Politically, somocismo adopted the authoritarian models of Fascism and Nazism. Anastasio Somoza appointed artists, writers, and other intellectuals to diplomatic posts to elevate their importance, but outside of this did little to actually support Nicaragua’s cultural life. The exception was the appointment of Rodrigo Penalba as director of Managua’s National School of Fine Arts. Under Penalba, the school flourished.

Following his assassination in 1956, Anastasio Somoza’s son, Luis Somoza Debayle came to power. He ruled until he died of a heart attack in 1967, and then his brother, Anastasio Somoza Debayle took over. The Somoza dynasty ruled Nicaragua under a dictatorial thumb. While the arts received little financial support, there was some freedom of expression as long as it did not speak out against the regime. Increasingly, the Nicaraguan Banco Central came to view itself as the guardian of Nicaragua’s cultural heritage, and quietly began collecting and promoting the arts. This was the political background from which Dino Aranda and his fellow artists emerged.

Dino Aranda was born in Managua, Nicaragua, in 1945 and acquired his training as an artist at the National School of Fine Arts in Managua. He was part of Praxis Galeria, the movement that was formed by the group of artists that had studied under Penalba at the National School of Fine Arts, who were joined by Alejandro Arostequi upon his returned to Nicaragua to join the group. According to Marta Traba, a leading Argentine art critic of Latin American Art, during the 1960s Praxis Galeria established Managua as a leading center of Latin American Art. In 1965, Aranda came to the Corcoran School of Art in Washington D.C., where he lived until 1999. Prior to leaving, Aranda was a powerful presence in the Washington, D.C. art scene, and a notable artist in the history of Latin American art.

In 1968, he produced the “Three Figures” as part of a series in protest of the assassination of Nicaraguan students by Somoza’s government. Aranda’s abstract artwork depicted three students killed in protests by the Somoza regime, enclosed in a cage-like coffin. These figures make a statement against any dictatorship and are part of the trend initiated by Praxis to express artistically the reality of Nicaragua at that time. The “Three Figures” was part of Aranda’s 25 paintings exhibited in an individual show at the Organization of American States in 1969 and was acquired by the National Gallery of Art in Washington, D.C. in 2019.

With GRIT, the Blockchain Heightens Excitement for Gamers