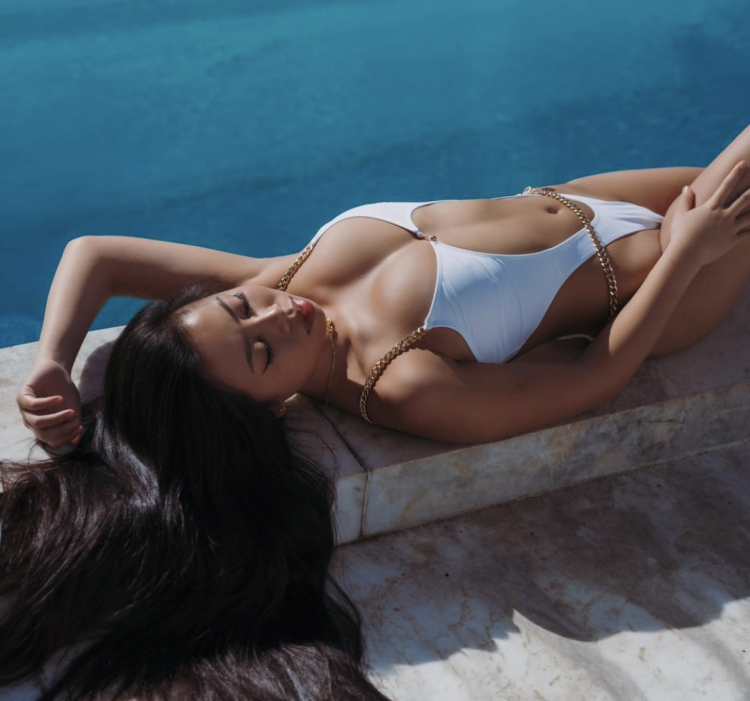 Astraea posing by a pool

A common misconception about portrait and lifestyle photography and modeling is that it’s an easy profession, and neither job is nearly as easy as it sounds. If you ask any professional photographer how many times they have had their pictures taken, it’s probably not often. There’s something about being on the other side of the camera that you can’t learn until you do it. Astraea Tay had experience as a model, which helped her quickly learn to become a top photographer in just two months, already working with some of the biggest names on social media.

A lot goes into modeling that most people don’t think about, and they only see one or two perfectly edited photos out of 200 shots. Starting early models typically experience a great deal of stress trying to break into the industry. Being in front of the camera for the first time can be very awkward for some and discourage them from pursuing their goal. Some other early challenges models face are constantly updating their wardrobe, finding a talented photographer that can help you build your portfolio, and breaking into the incredibly competitive modeling market we have today.

After several photoshoots, you start to get comfortable and learn little tricks with posing, knowing your angles, learning about lighting, and knowing what not to do based on the bad takes you see after the photoshoot. Astraea did some modeling on the side while studying for her Bachelors in Marketing at San Jose University and has been in front of the camera for about five years now.

When her friends asked her to take photos of them during trips and events, she would apply her modeling experience by taking them to an area with better lighting, moving the camera around for better angles, and helping with positioning. Friends would praise her for taking great photos of them. That’s when Astraea realized she should learn photography more in-depth. She relied on the principal photographer she continuously modeled with to teach her the ins and outs of photography and editing. Within just under a month, she has become one of the top photographers in LA.

When asked, “What is the most important thing to learn when starting photography?”

Astraea answered, “It’s definitely the lighting. While I was a model, one of the photographers I worked with often always told me to face the light. Before taking any photos, he would study the scene and figure out where the best lighting was coming from. Iphones are so great at taking photos these days, so anyone can start to become a photographer with the device they already own. If you learn to shoot with great lighting on the phone, it becomes so much easier once you pick up a professional camera.”

Astraea’s got some natural talent based on the quality of her photos. It takes a lot of photographers years to get to the level that she is at now. An awe-inspiring feat, to say the least. Anyone can pick up a camera and learn the settings to take decent photos, but learning to direct a model and create engaging images is very difficult because each person is creative in their own way.


Almost everyone that has ever worked with a photographer knows how dreadful it is waiting to get their edited photos back. Oftentimes, so much time passes that both the photographer and client forget they even did a photoshoot. Astraea sets herself apart by delivering photos the same day, which is unheard of in the photography industry. Considering the volume of photoshoots she is doing every week, it’s shocking to see someone deliver at a high level so consistently. The only way to accomplish this, is to make it a priority. If you let yourself fall behind, you’ll be stuck in an endless trap of letting people down because you didn’t deliver what you promised.

Already shooting over 80 influencers with a combined following of 150 million Instagram followers in just two months, she is on track to have a fantastic photography career. She is growing at such a quick rate with no end in sight. The goal is to go above and beyond the influencer/model scene and work with celebrities and artists for their tours and brand sponsorship content.

Canadian author, Asha Ponnachan, talks about her book and the publishing journey