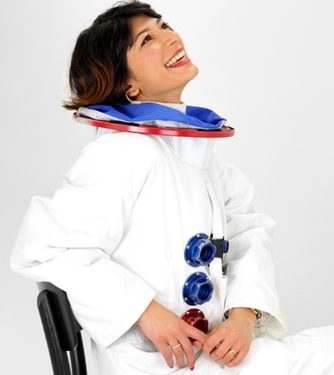 President Trump spoke with NASA astronauts Christina Koch and Jessica Meir for a few minutes. The astronauts are currently conducting the first all-female spacewalk in history on the outside of the International Space Station. Trump while speaking to the women by mistake said that this was the first female spacewalk ever.

The astronauts corrected him in response. Meir in her response made it clear that they were building on the work of many previous women who had spacewalked before them. She stated that they do not intend to take too much credit as there have been many other female space walkers before and it is the 1st time for two women outside at the same time. For the clarification 15 women have spacewalked including Meir and Koch. This isn’t the first for women but first that 2 women at a single time have spacewalked.

This is not the first time the astronauts in space have corrected the president during a phone call before. Trump in 2017 just after signing a new authorization bill for NASA that outlined the timeline for that, had asked NASA astronaut Peggy Whitson when will astronauts according to her would head to Mars. “Well I think as your bill directed, it’ll be approximately in the 2030s,” Whitson had replied.

Technology has Significantly Improved the Wedding Registry Services for Couples