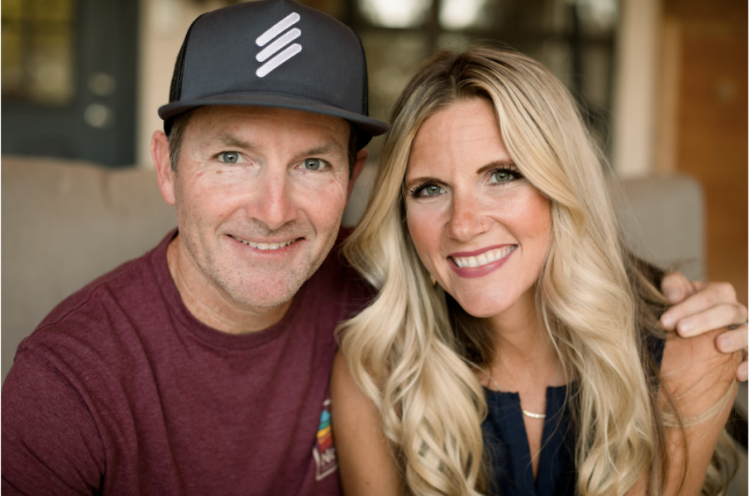 Secularism and religion are often understood as distinct from one another. But the reality is honest, liberal interpretations of both beliefs can sometimes recognize that listening to one another is a core aspect of each ideology. Sure, opinions on human existence may not change with a quick conversation, but it would take a radical to ignore the lessons we can all learn from one another. As beliefs such as these evolve, there comes a need to interpret long-standing teachings to be more relevant to the modern age. In times of such uncertainty and widespread access to information, perhaps the growing global self-help school can accentuate the elements of a religion like Christianity.

The truth is Christianity embraces many values that can still be found in the modern family. Provided individuals stay true to their inner beliefs and desires, some believe the religion has a lot to offer those willing to love life. For a long time, Jake and Whitney Roehl were unsure what their true calling was, with both embarking on different journeys to reach their current destination. However, it turned out that the foundations of the lifestyle they enjoy today were there all along, scattered between the different facets of their life journey. Today, the result is an intriguing venture named @steadfastlifecoaching that aims to help people get more out of their health, wealth, and relationships.

Steadfast Life Coaching’s culture is all about faith, adventure, fun, and honoring its client’s journey with a grounding in Christian beliefs, the Holy Spirit, and divine purpose. Jake and Whitney Roehl’s unique approach stands out as their focus is on mentoring from the sidelines rather than leading by example. The married couple doesn’t subscribe to quick-fix solutions or five-step plans, rather they believe that many of the answers to an individual’s life questions already lie in front of them. For the Roehls, a person’s thinking can often be the obstacle instead of the choices they make. Indeed, Jake and Whitney continue to receive coaching themselves, a reminder that even professionals have things they can learn from others.

Approaching coaching practice with such openness and tolerance naturally demands broad offerings for clients. At present, Steadfast Life Coaching offers two main opportunities: group coaching and actual mastermind. Both are tailored to train the individual’s mind to take responsibility for their life experiences. There is a physical aspect to their approach, too, with the likes of a four-day retreat to summit a 14,000-foot peak in the Eastern Sierras making up part of the company’s fascinating history. For the more contemporary-minded, the duo has taken the liberty to bottle up their process into an online membership which provides access to mindset and weight-loss courses, daily devotions, meditations, and life coaching. Modernity continues to permeate the essence of what Steadfast Life Coaching does, making its approach accessible to everybody regardless of mentality or physical condition.

Alluded to by the title is the trademark combination of familial, religious, and self-help-related ideas that informs all of Steadfast’s opportunities. Rooted in family, the loving marriage between Jake and Whitney is an active force in their coaching methodology. The couple is unafraid to discuss their practice’s affinity with religion either. Where 21st-century solutions may lean towards taking an active role as possible in one’s own life, the Roehls’ approach involves Christian notions of servitude, allowing clients to step back and get a clearer look at the whole picture that makes up their life. Carving out their niche but necessary gap in the community are self-help influences, which have inspired the couple to disregard passive religious tendencies in favor of taking control of one’s way of thinking. The resulting blend mirrors the blended family Jake and Whitney have come to enjoy into a harmonious and personal package for their clients.

When it comes to Steadfast Life Coaching’s bright future, Jake and Whitney have ambitious plans for a brand new medium through which to communicate their coaching blend. Trust U is born into the current age of fingertip convenience and looks to boast an on-demand digital coaching membership geared towards becoming a ‘self-paced guide’ for users. On the opposite end of the spectrum, the couple is excited about plans to travel the USA in their camper and throw themselves into public speaking engagements and partnerships with local community and religious leaders. Their two-fold map for the future speaks to the diversity and versatility of their coaching mission.

While its ambitions and aspirations are clear as day, the unwavering appeal of Steadfast Life Coaching lies in the deep-rooted belonging it has to family, religion, and self-improvement.

Cemal Polat: Growing Your Business Is In Your Hands