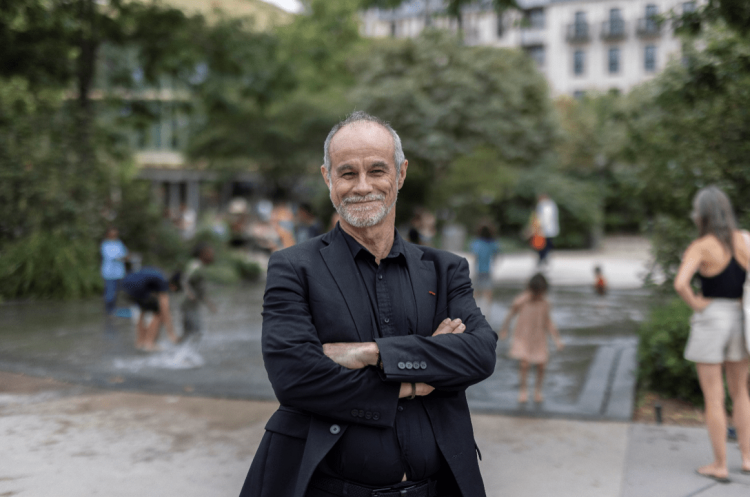 Genopole is, France’s first biocluster. Genopole, which focuses on genomics and genetics research, brings academic institutions and businesses together. It is a business center with significant added value committed to treatment innovation. It is located in Evry, providing an advantageous setting for scientists and companies looking to boost research and innovation.

Many researchers came forward and portrayed their qualities in the field of research, including Carlos Moreno. He took part in the Genopole in Evry in the late 1990s and began working at the University of Evry. He became a professor after earning the highest French university degree, the Habilitation à Directeur de Recherches (HDR) in Mathematics-Computer Science, specializing in Robotics. He built and directed the “Distributed Reactive and Adaptive Systems” team, SYDRA, within the informatics laboratory (LaMI – Laboratoire des Méthodes Informatiques). It is a joint entity of the Centre National de la Recherche Scientifique, CNRS. Moreno established key contacts in the industry for more innovative solutions.

The establishment of Genopole provided scientists, research engineers, and entrepreneurs from the university with the opportunity to work together and experience others’ struggles, an approach that Moreno has promoted ever since. He works closely with the initiative directed by Pierre Tambourin and Gabriel Mergui, and for LaMI, professors and colleagues Gilles Bernot, who became a bioinformatician, and Pascale Legall, it was the moment of great epics, human genome decoding, and epigenetics. He developed a set of approaches and tools with his team and has used them in various initiatives related to innovation. Moreno later opted to take on the increasingly difficult global urban management challenge as a result of his studies on territorial mutations. Within the parameters of the “French Innovation (Allegre) Law” (1998), he established a successful start-up in his laboratory. He pioneered the notion of a “digital and sustainable city” in 2006  to which he favored the “Human Smart City” announced in 2012, then enhanced it with the “Living City” in 2014, and then he proposed the theory of the “15-Minute City” in 2016.

Professor Moreno returned to the Paris Business School, the School of Management of the University Paris1 Panthéon Sorbonne, in November 2017 after spending time in entrepreneurship. He co-founded the “Entrepreneurship Territory Innovation” – ETI Chair, focusing on urban and territorial mutations. He provides new views for communities to confront the issues of the twenty-first century. Moreno’s “15-Minute City” notion has excelled in all regions and cities of all sizes and geographical and cultural zones. It is now a breakthrough being implemented in many cities worldwide, international organizations, the media, the corporate sector, and urban ecosystems. He received the prestigious Obel Award 2021 for his work on urban and territorial understanding and its global influence. He received the Leadership Award at the World Smart Cities Awards organized by the Smart City Expo World Congress in November 2021.

Entrepreneur Moreno and Pritzker Prize director Martha Thorne co-signed the Manifesto in November 2020 to mobilize academics and innovators on the climate and pandemic issues confronting cities. In December 2020, C40 launched a “Student Reimagining Cities” project with 18 partner cities to reimagine proximity. Students may submit their ideas for green and prosperous urban communities in this global competition. In Additional York, at “Climate Week” concurrent to the UN General Assembly in September 2022, New York Mayor Eric Adams, along with C40, UN-Habitat, Bloomberg, and a Danish partner, announced the establishment of a Global 15-Minute City Initiative with new pilot towns. Moreno and 39 other persons will inaugurate the worldwide climate effort “Countdown” on October 10, 2020. Former US Vice President Al Gore introduced the notion of the “15-Minute City,” one of the planned city concepts.

Collaboration with such accomplished academics may provide legitimacy and validity to most projects, thus increasing their chances of success. The partnership can help both current research efforts and future collaboration. The establishment of Genopole in Evry by the researcher Carlos Moreno served as an exceptional example of a collaborative approach among the researchers.