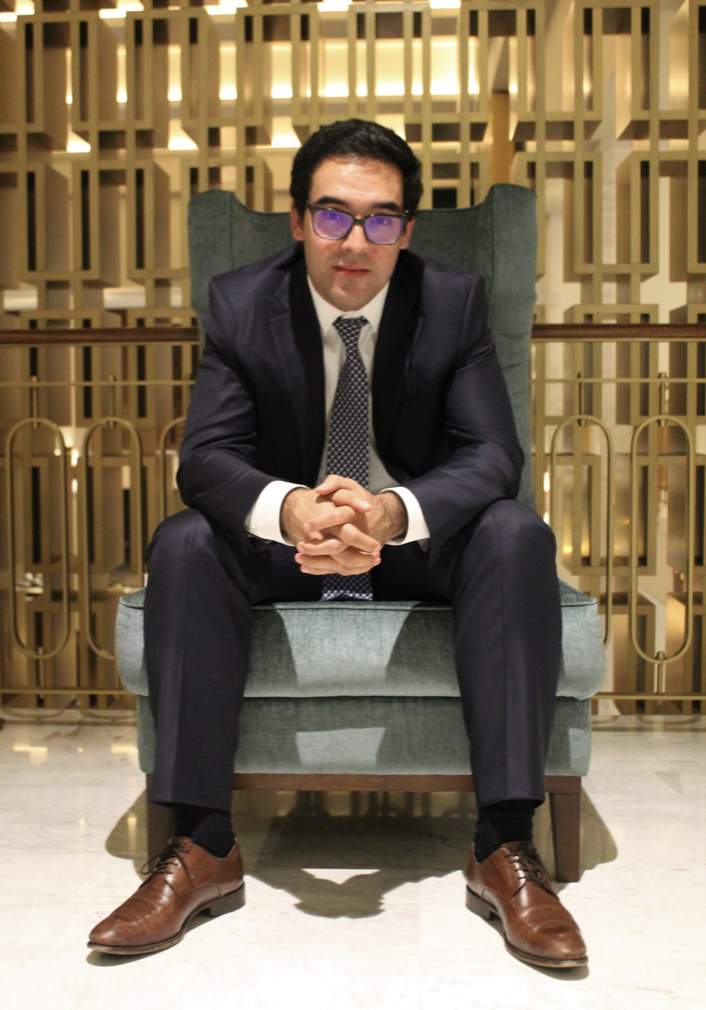 In 2014, things took a turn for the worse for Carlos Santos. He experienced the repercussions of some wrong investments and was scammed out of millions. He lost everything he had. Everyone was quick to criticise his way of living. But what they didn’t know was that Carlos was doing everything he could to make a comeback.

“But it is the way you face losses and issues that makes you different. I usually define myself as an ‘all in.’ I go all the way in, in everything I do. Even in the end, I don’t get worried if I face a problem. I know that problems will bring me a solution.”

A Journey Towards Success

Carlos holds a bachelor’s degree in economics, a master’s degree in Accounting, Taxation and Corporate Finance from Lisbon School of Economics and Management (ISEG), and certifications in banking accounting and international taxation. He holds four post-graduate degrees in these three areas, with his most recent specialization in financial instruments. Brilliant in every way, Carlos won the Top Student Award consecutively from 2012 to 2014 while winning the Banco de Portugal in 2015. Additionally, he won the Portugal Best Economist Award in 2016, E&Y Award 2018, and Best Professor 2019/2020.

Carlos worked at Banco de Portugal (BdP), where he held roles in the Monetary and Financial Statistics Department and the Statistics Department’s Centralization of Credit Responsibilities Sections. In collaboration with other Eurozone central banks, he devised the restructuring of the BdP database. Simultaneously, he participated in studies on the economic sustainability of several Portuguese service firms at the Lisbon School of Economics and Management (ISEG). Carlos created economic viability models for geriatric services and applied management control techniques in veterinary clinics. Currently, he is a visiting lecturer of Economics at the ISEG.

After making some wrong investments and losing millions in a short span, Carlos never gave up his work ethic. He decided to diversify and invest in project financing that allowed him to make long-term investments with fixed returns. His mission was to bring capital to sectors that other financial entities were not focused on, and he was trying to understand why. Why would someone not invest in South Africa, Laos, Swaziland, or Brazil? He realized that the macroeconomic and operational risk related to such entities was the reason.

He believed in his goal of trying to guarantee that he could model the financial markets without making any losses. For this, Carlos diverted all his attention to his proprietary algorithm, which he first implemented in 2012. This alerted in line with ‘enter and exit positions’ in the commodities, currency, bonds, futures and share markets.

Managing a global financial organization is likely to be one of the most challenging and most stressful assignments. The global economy and political climate pose a major challenge to forecasting and push financial specialists to make the correct judgments and pursue the appropriate paths. Carlos, a financial instruments specialist, founded Ethos Asset Management Inc. in 2012 in Portugal, an independent, US-based company with a global outreach in project financing. It finances government and privately promoted projects in every continent and sector. Ethos provides capital to structure projects and restructure debt. It has developed a unique risk modulation model which permits it to provide financing in terms not available in regular financial markets.

The Proprietary Algorithm Developed By Carlos

Ethos Asset Management Inc. was created with the scope to place in the market its own developed algorithm of trading securities – an innovative trading intangible asset that has in its prediction/measurement capacity and compounding power its major value. Through the algorithm of trading and using its own capital, Ethos buys and sells Fixed Income Assets and Securities through brokerage accounts (sub-accounts in Numis and Oanda) in International Investment Banks such as HSBC, Barclays, or Credit Suisse.

Ethos utilizes its proprietary algorithm, which manoeuvres and alerts in line with ‘enter and exit positions’ in the commodities, currency, bonds, futures, and shares markets, both in domestic and international markets. Using a risk-modulated aggressive strategy, it spreads and accumulates profit through compounding. The algorithm allows in one unique form to predict and compound earnings.

When the intangible innovation of Carlos is inserted into our model of project financing to trade the credit lines triggered by the guarantees in place, Ethos recovers its capital (Pay Back Period) faster. In such a way, the collateral that secures the credit lines makes the Internal Rate Return (IRR) of the project increase and the Pay Back Period (PB) reduces.

Further investigation and analysis point to Ethos Asset Management’s worth at 52 billion USD, and the personal wealth of Carlos evaluated to at least 2 billion USD.

Since the foundation of Ethos Group, Carlos has been actively involved in the development of all the Group’s companies. He is directly involved in two business areas of the companies: financial trading and project financing.

The quality of his research and applied work has been recognized through Hadarat Global (May 2022) with the award in Leadership and Business Excellence, World’s Leaders (April 2022) with the award World’s Most Daring CEOs to Watch in 2022, Unified Brainz Group/Passion Vista with the award of Who’s Who of the World (2022) and Men Leaders to Look Up (2021); Africa Dubai Honours Award for Excellence and Leadership Prowess and Outstanding CEO, ‘Man of the Year,’ (2021 and May 2022 respectively) issued by The Leaders Without Borders and The Board of The Royal Private Office of Sheikh Ahmed Bin Faisal Al Qassimi.