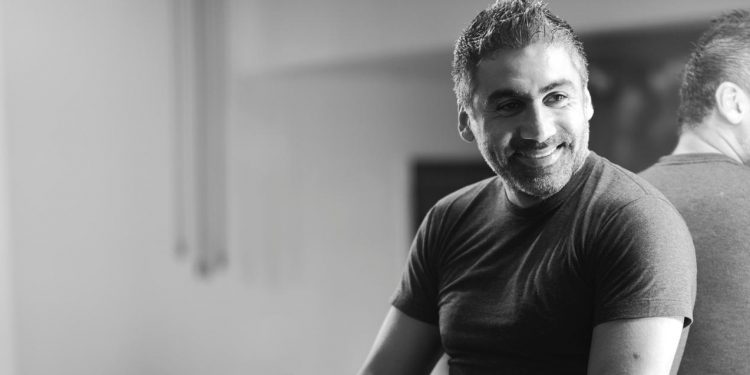 It’s not breaking news that advertisements, films, television, magazines, and most recently, social media, have collectively created a quixotic image of beauty. Usually, the world favors clear skin, lighten skin tones, tall bodies, and thin body types. They are ultimately cornering an entire group who don’t see themselves fitting into this pre-defined mold. Fortunately, there are several people out there who, rather than just filtering in “diverse” images, are attempting to reimagine or change the whole concept of beauty. One such person is the Lebanon-native, Hikmat Wehbi, a photographer, director of photography, and founder of W Studio.

It’s people like Wehbi who are behind the lens and capture beauty from the ordinary to the avant-garde. Wehbi has spent over two decades doing portraits and fashion photography through his photo and video production house in Dubai – W Studio. He believes that every interpretation and new representation of beauty from a photographer’s view pushes the boundaries much further and motivates people to reconsider what beauty even is. “Today’s world can make it difficult for people to love themselves raw, without filters, and with their imperfections. The present-day advanced technology has pushed society to create images of people who look nothing like they are. I hope to help men and women embrace their bare-faced glory – without any makeup, enhancers, or beauty lifters,” said Wehbi.

Over the last two decades, Wehbi has transformed his company W Studio into a multifaceted production house. Though W Studio started out with portraits and photography, the company has diversified and become a leading content creator across various platforms. From specializing in videography and creating compelling content for social media to collaborating with a plethora of celebrities and reputed clients, W Studios has raised the bar in the realm of content creation. W Studios has won several awards and accolades over the years. In 2017, one of Hikmat’s clients won an Effie Award through a work collaboration with W Studio for Google. The company has created a formidable portfolio along with several satisfied customers.

The photographer also believes that social media platforms allow people to put out their best sides to the world. So, it must be used as an opportunity to create waves of change instead of comparing it to the perceived perfection often seen on Instagram and Facebook. Wehbi, who boasts a strong portfolio and following on social platforms, aims to stir conversations that educate and address beauty and confidence issues. He believes that the world needs to do away with its age-old stereotypes and evolve beyond it.

The Dubai-based photographer has so far shot tens of thousands of portraits and claims to have built a career by taking creative risks. Apart from portraits and photography, W Studio has created ad campaigns and editorials for reputed clients. These include the Chalhoub Group, Google, Dubai Parks & Resorts, Chanel, Dior, Carolina Herrera, and L’Oréal, amongst others.

With a team that resonates with his approach and ideology, Wehbi is taking one step toward making it about real people and simple images that aren’t conceptual, manipulated, or beautified. Up until now, he has managed to shoot a diverse group of people with different skin textures, body shapes, skin tones, and heights. “There’s so much more in this world than just pretty pictures – it’s all about authenticity,” added Wehbi.

Wehbi is confident that his dedication and grit to do something different will serve as a guiding light towards his craft and the growth of W Studio. He concludes by saying, “I’m a curious soul. I’m not too fond of the idea of being put in an enclosed box. I will continue to drive conversations around genuine beauty while also exploring new avenues with W Studio.”