Commuting In The City: How Can You Get Around London? 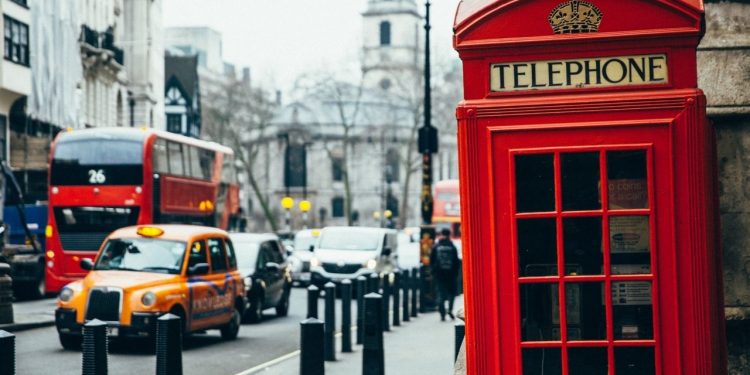 London has one of the largest and most developed urban transport networks in the world. Its transport network includes both private and public services which span the city’s 32 boroughs. Public transport accounts for 37% of all journeys made in London while the private sector accounts for 36% of journeys, walking 24% and cycling 2%. The public transport system in London not only serves the capital, but also acts as a central hub for the United Kingdom in road, rail, and air transport.

There are many ways to get around London whether you are a tourist, student, or a business commuter. With so many modes of transport, routes, and ticket types, London travellers can benefit from using Transport for London to help with all their travelling needs. If you’re new to the city, or just want to discover new ways to commute, here are some useful modes of city transport:

Eco-Friendly Ways To Get Around The City

Cycling is a popular mode of transport and leisure activity in London. There are approximately 480,000 cycle journeys each day in the city. The rise in cycling can be attributed to the launch of the capital’s cycle hire system.

The public bicycle scheme in London is a great way to travel around the city and for a good reason. It is cheap – it costs £2 to access a bike for 24 hours and the first half hour is free. What’s more, they are easily accessible – there are over 750 docking stations and 11,500 bikes to hire around the city.

Walking is a near-universal mode of transport accounting for approximately 30% of all trips made by Londoners. Furthermore, commuters walk as part of trips made by other modes of public transport. Londoners walk to catch a bus as well as access rail stations. While the city is bustling with traffic, London also has some leisurely scenic routes for those walking to and from work.

The city has many great parks, such as Hyde Park and St James’s Park where commuters can stroll after a long day or sit on a bench for a while. The Millennium Bridge also is also a great way to cross the River Thames as commuters can cross one way towards a spectacular view of St Paul’s Cathedral.

Hit The Roads With Public Transport Or Your Own Vehicle

Buses are the most used form of public transport in London with over a billion trips a year. This is likely because there are so many bus routes in the city – you can get practically anywhere in London by bus. Passengers no longer have to interact with drivers as they can hop on and off on their commute route using contactless payments methods, with buses that also announce which stops are approaching.

This type of public transport is relatively cheap – you can get around the city at a fixed price of £1.55 for a single journey. A day of bus-only travel can cost a maximum of £4.65. London buses are cashless, so you need contactless payment like an Oyster card or Travelcard.

Although driving in a busy city might not be for everyone, taking your own vehicle can be another way for people to get into work. Along with taxis and buses, there are many cars on London roads that make their way through the city each day. Often, streets are still quite busy after dark too.

For beginners, there are plenty of places to learn to drive in London whether you opt for manual or automatic driving lessons. Experiencing city driving first-hand and becoming more comfortable with local roads will help to ensure you’re well prepared for driving in and around London for commuting as well as leisure.

No matter which type of business you work for, or own, the most popular and efficient way to get around the city is via the London Underground, aka the ‘Tube’. Founded in 1890, the Tube is one of the oldest underground metro networks in the world. In a typical year, the London Underground carries a billion passengers across 270 stations and 250 miles of track.

There are 11 Tube lines that operate between 5 am and midnight, Monday to Saturday. The fare depends on the time of day, mode of payment, and how far you travel. Whether employees of business owners work near Piccadilly or Marble Arch, there are plenty of Tube lines and stations nearby that can help you get to where you need to be.

The Overground is similar to the Underground, only that it is above ground. It’s another useful rail system that can help commuters get from A – Z and is useful if other modes of transport like the Tube and buses don’t serve the area as efficiently as others.

The city’s Overground rail services criss-cross all over London and serve stations such as Euston, Clapham Junction, Romford, and Stratford, plus many more. For the business commuter, many main stations also have connecting Tube lines, so travellers can hop off one rail system and onto another easily and efficiently on their way to and from work.