Counting The Cost of Covid Vaccination: Could a Vaccine Become Available For Private Healthcare Users? 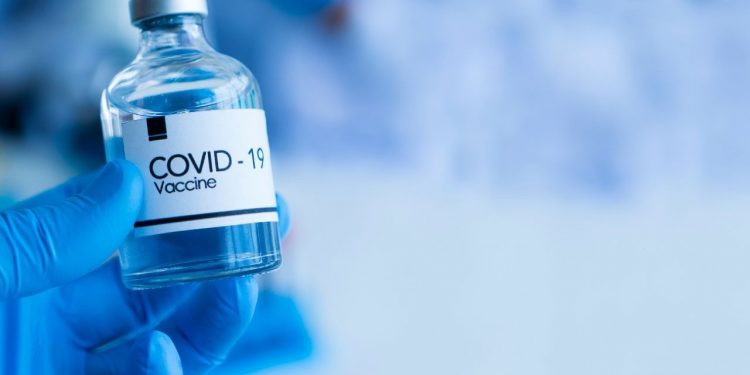 The arrival of a Covid vaccine has finally helped us to see a light at the end of the tunnel and the long-awaited end of social distancing and local lockdowns, but should vaccination be available in private healthcare?

Since authorising the Pfiser/BioNTech Covid vaccine at the beginning of December 2020, the UK has moved fast in inoculating vulnerable citizens around the country, with more doses set to arrive in early 2021.

With a high volume of vaccine doses arriving in the UK in the coming months, some debate has emerged regarding the availability of vaccines for patients willing to pay for private healthcare.

Omni Calculator has developed an accurate Vaccine Queue Calculator for the UK based on current government indicators and forecasts that can tell users approximately when they can expect to receive a vaccination from the NHS, but should there be an option for private healthcare users to gain access to the vaccine faster if they’re willing to pay for the luxury? The question has been relatively divisive depending on the professionals who are answering:

The Case For Private Covid Vaccination

“The Covid vaccine is not a consumer good like any other, and it should not be allocated like one. It should, in the main, be allocated according to clinical need, not willingness or ability to pay,” Niemietz stated. “But why should there not be a private sector-led, self-funded distribution channel on top of the vaccine rollout via the NHS?”

Niemietz claims that there’s no issue with the production of the vaccine and that the key issues lie in the logistics of the subsequent rollout. This creates a bottleneck that appears to be holding the distribution of supplies to the private sector back.

Fundamentally, if there’s enough of a supply to offer out to those most at risk first, then logically there can be another additional channel set up whereby private healthcare users are able to pay for additional distributions of the vaccine in a way that benefits all parties.

Niemietz concludes his point by claiming that this sort of setup wouldn’t be “jumping the queue,” but rather setting up a “parallel fast-track queue.”

However, Tom Gardner, a junior doctor working in a London GP practice, reiterates that the vaccine should be rolled out to those who need it, rather than those who can afford it as a sole priority.

Gardner highlights his point by explaining that “vaccine supply chain shortages are already well-documented. Allowing private companies to buy up valuable stock would be a mistake of monumental proportions.”

In prospectively setting up a new supply chain to run alongside the initial rollout to the most at-risk NHS patients, there’s a severe danger that it could disrupt the level of access the vulnerable have to the vaccine in the early stages of its distribution.

“This isn’t just another debate about public versus private healthcare provision. This pandemic is the biggest public health crisis in a century. The solution is a well-planned public vaccination programme grounded in clinical prioritisation, not a fragmented, inequitable system of queue-jumping that could see the people hit hardest by Covid-19 miss out yet again,” Gardner concluded.

At present, Pfizer isn’t planning on distributing vaccines privately. “I can say clearly and confidently that there are no plans to supply the private sector for the foreseeable future – no chance at all,” claimed Ben Osborn, Pfizer UK country manager. “Equity is at the heart of our decision to supply only the NHS.”

At present, there are no plans to make vaccines available to private buyers within the UK’s private healthcare sector. However, Professor Jonathan Van-Tam, the deputy chief medical officer for England, said that while he wasn’t aware of plans to make the vaccine available privately, that it’s a “ministerial decision,” rather than one for clinicians to make.

With this in mind, private users may benefit from a vaccine arriving to buy in the future once priority patients have been inoculated on the NHS. This could help to speed up the path back towards normality for many patients while helping to generate some form of revenue back from the distribution of vaccines across the country to deal with the crisis.

Despite the private health sector appearing set to be without Covid vaccines readily available in the coming months, the pandemic has prompted something of a boom for the industry with many private hospitals recording higher volumes of patients that are doubling in some cases choosing to pay for their operations rather than wait on the NHS.

With the costs associated with private health insurance becoming increasingly competitive, the private sector could yet pay dividends in the battle against Coronavirus simply by diverting patients from the NHS – which has been excellent in the wake of the crisis but has found itself overrun due to the pandemic.

Whether it’s a case of combatting Covid or another concerning ailment, the private sector could yet offer a universal level of help in easing the strain on the National Health Service during this unprecedented health crisis.