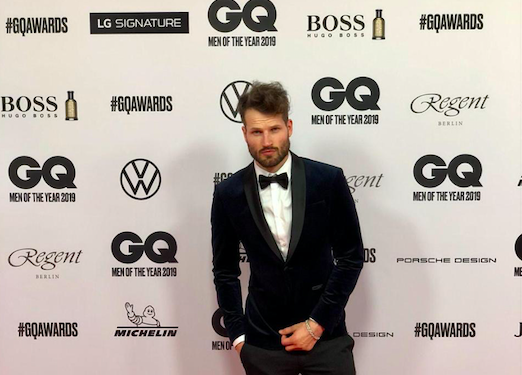 We all know modelling is an engaging field and very alluring area of our time. If you see Modelling and acting are not all about fame; it is about how you carry yourself in life with different appearances.

In the Western world, millions of young individuals try their hand in modelling, but very few signs of progress. Out of that rare, we found one handsome lad who is becoming and a show stopper for many brands and designers name David Koch.

David Koch comes from Germany, a prominent name of Paris and Milan. In past decade or so, he has been part of many significant events and worked with top names like Thierry Mugler, and in Milan for Jil Sander, His Journey started in 2011.

David Koch is the face of many big names in the past like world-famous photographer Steven Klein, brands like Boss, Dior and Calvin Klein followed. In July 2019 He appeared on the cover of Vogue Italia and in the editorials.

Three months later David was successfully shot for the current Givenchy campaign and in the winter (November and December) He appeared on the covers and in the editorials of the Mexican GQ and the US magazine Harpers Baazar.

This year (2020) David Koch founded his fashion label “David Koch Styles”. He is also a premium sponsor of the German Bundesliga club Remscheider TV JUDO TEAM and an ambassador for the TITAN and Panasonic brands.

David is currently one of the world’s most successful male models (source: “Frankfurter Neue Presse”).

David always wanted to become a model, and he has that X-factor in him, which is making a face of many top brands and designers. Now it has been nearly a decade he is in the fashion world, kept himself fit and fab right from the start. With looks, he has the brain which is helping the most in his career as he takes the right decisions every time.

Relating to his self-confidence and self-belief, and success we don’t mind saying that David Koch is one of the best in the modelling world top model of Germany and also USA.
Here’s wishing young talent, David Koch all the best for his bright future. We hope that his dream of becoming a top name of the modelling world.