DISCOTEK, an artist not scared to step out of his box! 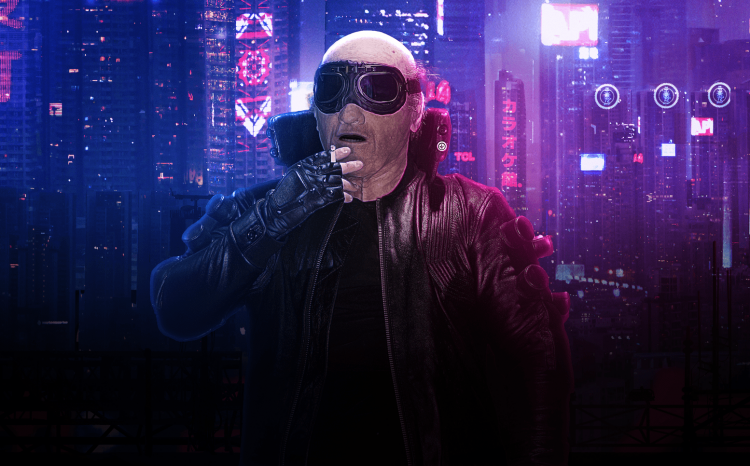 Over 36 billion occupy the planet!

Humans are a dying breed, as cyborgs and AI robots have advanced and have taken over to create a New World Order.

After spending the last 80 years fighting against the New World Order, DISCOTEK comes to a breakthrough moment in his life. As a veteren junker, he spends his days collecting old tech and other recyclable things from abandoned sectors so that they can be sold to the cyborgs. Sick of the same old routine, DISCOTEK decides to change his daily route to discover a new sector. It is here that he stumbles across a derelict, abandoned warehouse. Once Inside, DISCOTEK curiously unveils a sheet from the floor which reveals a pair of old DJ decks along with a pair of headphones.

After a few hours of setting up the equipment and restoring power, DISCOTEK finally presses play and instantly is filled with a flurry of flashbacks from before the war started.  Unknown to him at the time, this would be a crucial turning point to a new life, a new journey, one where he would no longer need to be a junker and maybe, just maybe, might be able to move up in society and become part of a much cleaner, opportunity filled sector.

Just 9 releases (Sony Music Asia w/Pink Panda, Future House Music w/Kuba & Neitan, Actuation w/Juicy M, 2Dutch, Playbox, Multiplayer…) have come from DISCOTEK but that does not take away from the quality that he has brought to the table. An artist not scared to step out of his box, he has ventured into the world of bass, big room, electro, tech, and anything that may fall in between the bracket.