Eric Feng goes from Mr.Invisible to a Globally Recognized Speaker all thanks to Social Media 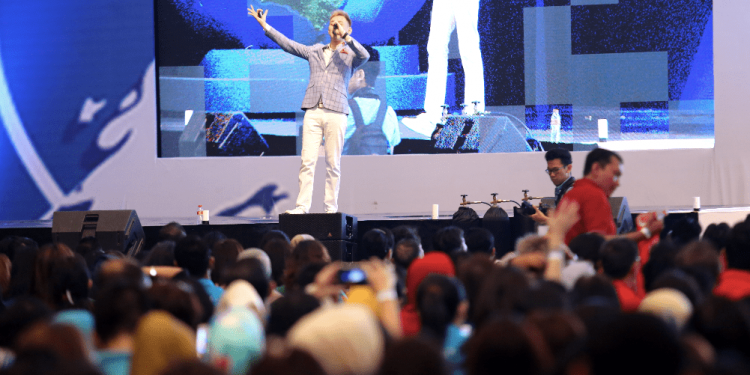 Eric Feng has been able to record some level of success as a global speaker, considering his age and duration in the social media space. Thanks to Facebook, the 38-year-old has been able to fight shyness and other personal traits, becoming a popular figure on the internet, especially on Facebook. His success comes from being able to reach millions of people across the globe, teaching them how to use the internet to increase their online presence and improve their revenue.

The internet has influenced the way people interact worldwide as well as the way businesses reach their target audience. The emergence of social media has further reduced the distance between people worldwide, allowing for easy and more effective communication. One individual that seems to have been able to harness the immense benefits and features of the internet and social media, in particular, is Education Bachelor in Computer Science graduate, Eric Feng. Eric’s success in the world of business, especially as a coach, can be largely attributed to his tenacity and passion to impact the lives of others positively.

Eric started as a corporate trainer, an occupation he embraced due to his love for teaching. Struggling due to his age and inexperience, Eric was turned down by a number of potential clients. He also found it difficult to convince and manage many of the adult participants that gave him a chance. All these challenges put together would have ordinarily discouraged an average individual. However, they seem to spur the young Eric on to achieve more, with support from his mentors and other successful speakers, especially Ron Kaufman.

Eric has increased his fans and followers on Facebook, while steadily growing his brand online. The global speaker and Facebook advocate attributes his success to constant learning and surrounding himself with people who are better than him in all spheres of life and business.

Eric has continued to impact the lives of millions of individuals and businesses across the globe via his social media handles.