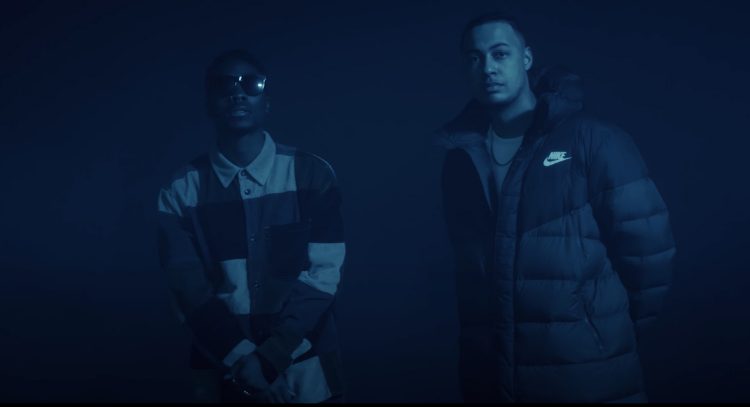 IAMTHELIVING and Teon Gibbs have released the official music video for their highly anticipated single ‘Distance.’ Directed by Sabine Kahwaji, the video takes a less traditional approach, instead, it brings a movie-like feel that literalizes the theme of the song with its engaging visuals. The cinematic accompaniment to ‘Distance’ starring the artists themselves is complete with late-night drives, cityscapes, and mysterious phone calls that keep viewers pulled in for more.

The sonic rendezvous of IAMTHELIVING and Teon Gibbs has been one of the most exciting collaborations of 2020. Following the release of ‘Puppa’ and ‘Between The Groove’, the transglobal, power duo continue their journey with their latest single ‘Distance’, released on the 2nd February 2021 via Tiny Kingdom Music.

Where soul meets hip-hop, this dyad consists of South East London crooner Rian Peters (IAMTHELIVING) and rapper/producer Teon Gibbs who hails from Botswana. Despite their diverse backgrounds, the two now both reside in Vancouver, Canada where they met. Now, they create bifunctional music that is not only electric but is a uniting force. “We decided to join forces to create tracks that would make people want to dance…and bring people together,” says Rian

Inspired by the UK scene in the early 2000s, ‘Distance’ is a reflection of keeping the flame alight in a relationship. Teon says, “It feels like being in love is no longer cool in culture. To us, building with someone authentic is doper than just a hook-up. Distance is a song about doing whatever you can do to make a relationship work, even when the odds are stacked against you.”

Connect with the artists:

Connect with the filmmaker:
https://www.instagram.com/sabinekfilm/?hl=en