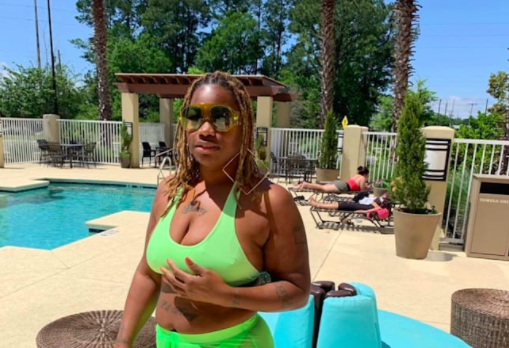 Rastachick 69, an emerging female music artist is bringing new music for all her followers on a regular basis. Known for her bold personality and energetic music, the rapper is really doing a great job in her music career. The music artist loves to experiment in her work and it is the prime reason for her rising popularity in the music industry.

Born in New Orleans, Louisiana, Rastachick 69 had a strong interest in music since her childhood days. Hence, she continued learning music to establish herself as a brand. The 37-year-old music artist has not just maintained her position as a music artist but she is also a successful entrepreneur.

Apart from releasing many successful songs, the music artist is a co-owner of ℗ illent A&R, a record label that offers support to young talent. She has even transferred her knowledge of music into her son who is now a successful star with the name, Hustlemantherapper. Rastachick 69 is even working on releasing a new album with her son and it will be out soon.

The New Orleans based star is rising in the music industry and she is bringing something innovative to listen for her listeners. Rastachick 69 updates about her new musical works via her Instagram account and she is enjoying a boom in her followers on this social media platform. She has admitted that many of her projects are not released and only a few of them are out on different music platforms.

In the coming time, Rastachick 69 will be releasing many new music projects and there are many singles that are on the way. One of her projects is a song with Tec from Baton Rouge, Louisiana. Rastachick 69 is introducing something inspiring and energetic to raise the level of her music. And all her songs are easily available on all music streaming platforms.

Recently, the musical artist came with a new single titled, “Medicine” which is available on Youtube. As she is getting more experience, Rastachick 69 is coming harder than ever with her new music. She dreams of working with Drake and she is working hard to get it done.

She gives a strong message to stand out firm to all her listeners. She puts positive content in her songs to boost the morale of her listeners. It is her courage to try new things and introduce out of the box music that is helping her succeed in the music world.

Follow her and Listen to her Songs on SoundCloud:

Vibhu Maurya - The digital tycoon in the making