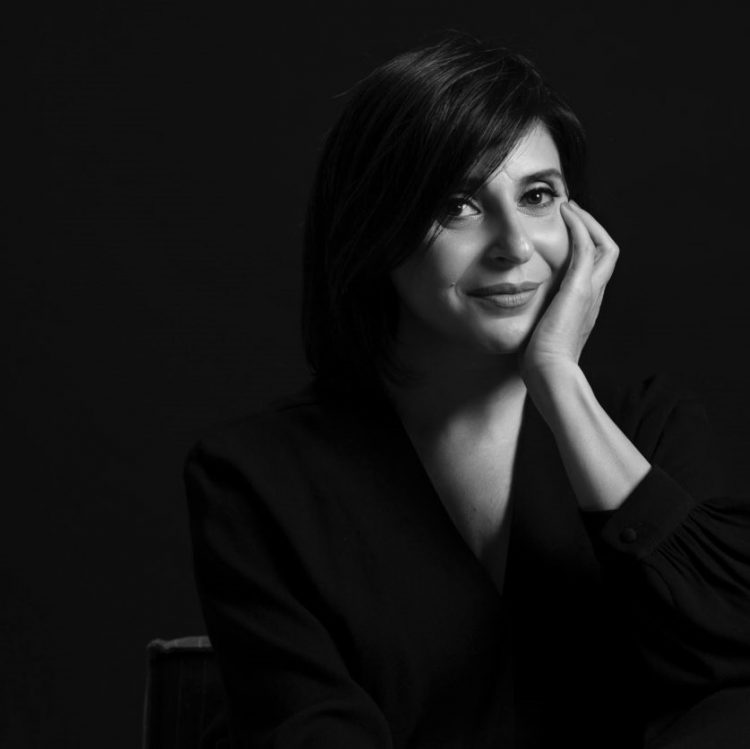 What led to your decision to pursue art and photography?

I attended a cinematography school here in Beirut at Université Saint Joseph, at the Institut d’études scéniques, audiovisuelles et cinématographiques (IESAV). The program included bits and pieces of different disciplines. At the beginning, my concentration was cinematography, but then I realized how photography and the art world, especially contemporary art, attracted me so much more. I could express myself differently than in cinema. Of course, life choices and opportunities were calling me in that direction. It was like signs were coming from many different directions to follow this path.

What are the most important themes or topics that you focus on in your artistic practice?

Throughout all the projects I do, the message always centers around the same questions. It’s about highlighting the unseen. It gives the viewer a chance to question his beliefs, to question what he thinks, to take him out of his comfort zone, and rethink what he is doing. For instance, in one project, ‘It Could Be You’, I examine the vulnerabilities of people living or working on the street. When we pass beggars or refugees, we often look away or ignore them. It’s disruptive to us, it bothers us, so we create a limit to where our vulnerability can reach. I think people want to live in denial. This is often where I step in and offer my subjects the humanity and respect of being seen. I show them I’m interested, and I try to let the world see into their eyes. Some of these images can be disturbing to the viewer, but I hope they also make them think. Maybe the next time they pass someone on the street, they will realize that this person has a story, has emotions, and deserves attention.  I have the ability turn these distressing topics into art, in order for me to give my subjects a voice and a story. 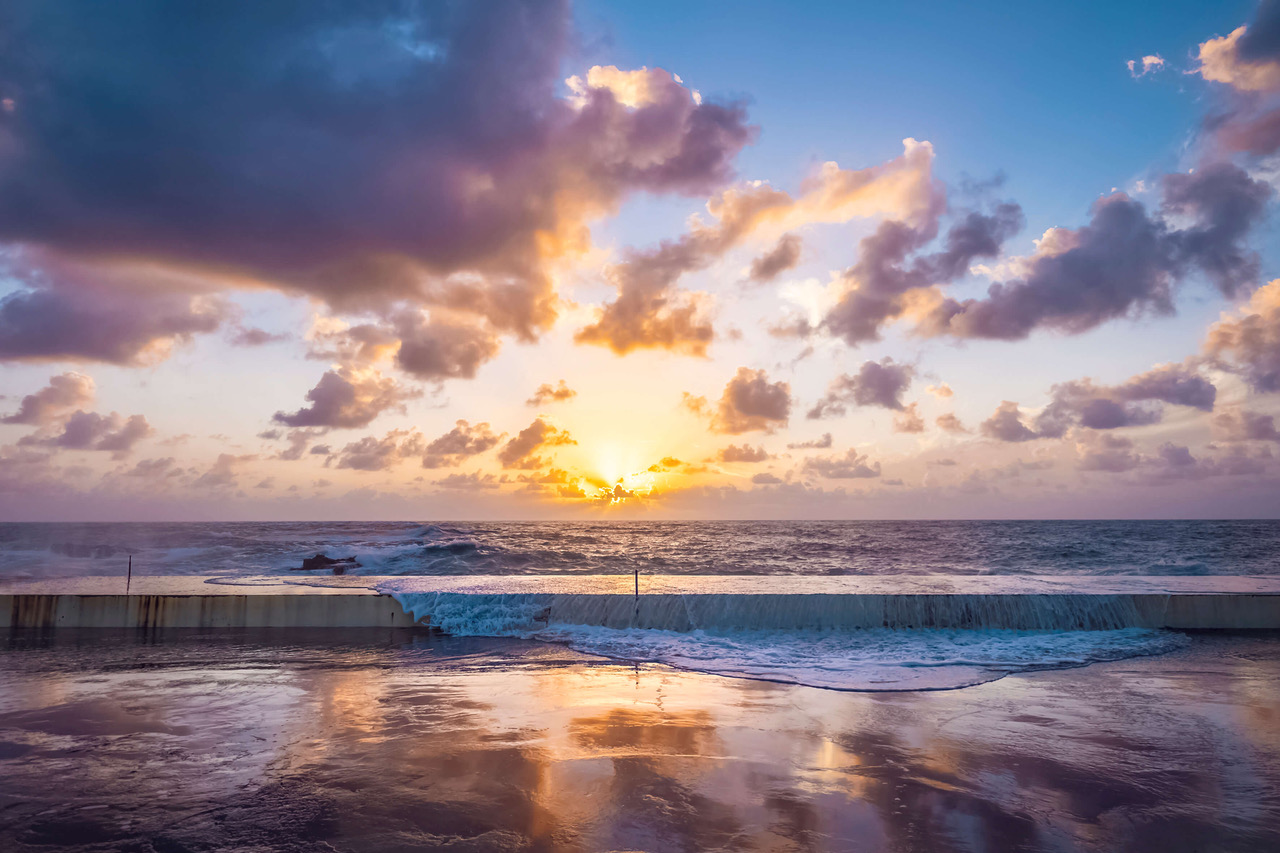 I always want to tell a story through my art. For me, art is like speaking a language, but it’s a universal language, because art is universal. Usually, an emotion is something you feel, but I have a gift that allows me to see an emotion and share it through my artwork. It allows me to make the unseen, seen. Sometimes it’s normal things in life, things you might not notice, but I notice. I’m amazed by everything I see, and I’m blessed to have the ability and opportunity to turn it into art. In this medium of photography, I’m able to address all kinds of subjects, from beauty to chaos, to existential questions. Landscapes, animals, humans, and architecture are all sources of inspiration.

How has the COVID-19 pandemic impacted your work as an artist?

The COVID-19 pandemic has changed everything in the last year, worldwide. It has been very hard for many artists, especially photographers, to express themselves. Many projects rely on human contact, human exchange, or even traveling around the world to highlight other cultures. This was not possible this past year and it meant I had to adapt. Recently, I encountered a beautiful initiative that was created to keep our Lebanese heritage alive. I was inspired by this, so I decided to start to think of a new project related to the way we are living our lockdown. I focused on one family and tried to understand the way they lived their life in lockdown, in order to immortalize how each and every one of us was living it personally in their own way. I took photos of the family’s everyday life during lockdown, trying to understand what their life is like. I almost never work to compose my images, but for this project I used a mise-en-scene to highlight the situation even more. For example, a shower might end with a ritual of a mise-en-scene that would emphasize the action. In the stillness of the lockdown, I wanted to show that life was still happening. 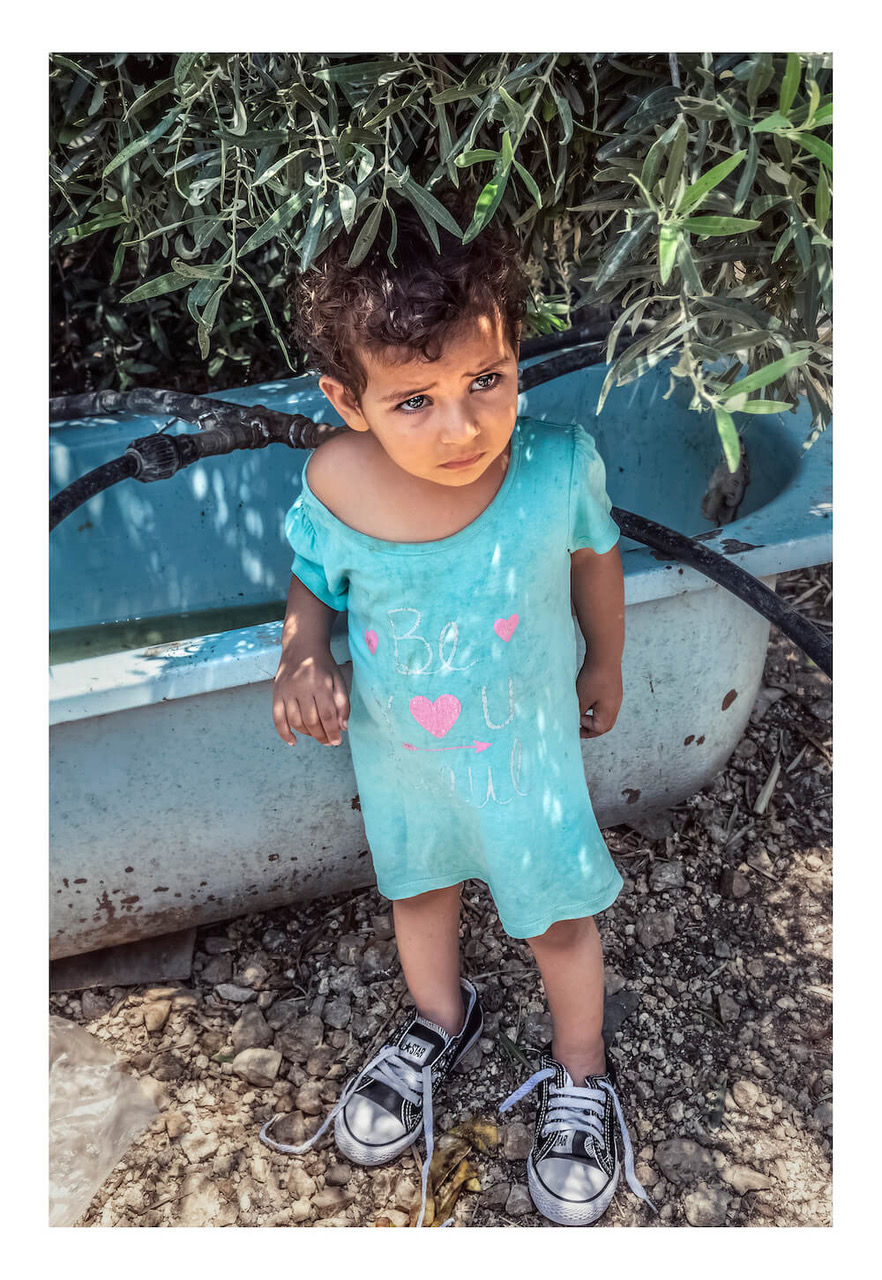 In 2019, you exhibited the Beirut/Beyrouth project as a way to explore your identity and heritage. What was the purpose of this project?

It was a daily walk from point A to point B. I couldn’t walk from the north to the south of Lebanon, the 10,452 square meters of the Lebanese territory, so I created an itinerary that I allowed myself to think of as the entire Lebanese country-in 10,452 steps. Geographically, my walk would start in Mar Mikhael, then continue to Gemmayze, Downtown, and then Ain Mreisse, until Sporting Club. As you know, everyone comes to Beirut from all the regions, religions, and political parties. I made sure to focus more on the city of Beirut than the Beirutis. You will barely find human beings in this project. The only people featured are very few and they are the ones I would encounter every single day. I wanted to draw attention more to the city itself, the soul of the city, without showing its people.

What was your reaction to the Port Explosion on August 4th, 2020, which largely impacted your city and the familiar route you had taken for so many years?

Eighty percent of the trajectory I would walk was severely destroyed by the blast. It was the third largest explosion after the bombs at Nagasaki and Hiroshima. Media around the world showed the destruction of the city, but they didn’t show the details, in which there are so many lives and stories. Can you imagine the number of lives that were impacted? The history that was destroyed?

When I was a little girl, we would go and play at the beach and make sandcastles in Alicante, Spain. My mom would start to tell us stories of Beirut. She would say that it’s across the Mediterranean, it is right after the horizon, it is wounded, and one day when she will feel better, we will go there. This was my mindset growing up. Then, on August 4, some forty-five years later, I was on that same part of the horizon in Spain and on the other side was something horrific happening in my city. A city that I finally connected with, a city I found, who found me. And again, I lost her, and I lost myself as well. 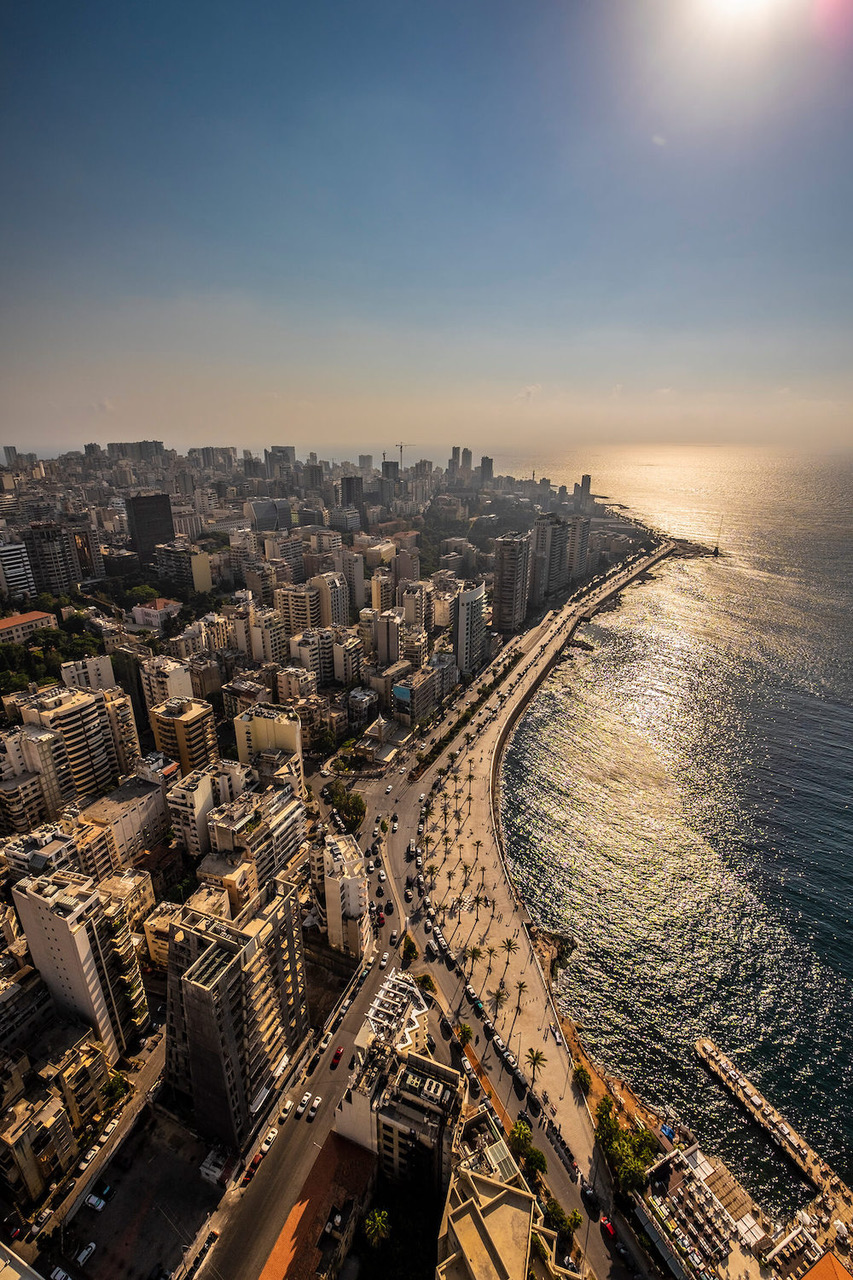 You recently completed filming a documentary about the blast inspired by Beirut/Beyrouth. Where did the idea come from and what was the experience of making such a project?

I started receiving messages and emails from people all around the world, telling me that they were at the [Beirut/Beyrouth] exhibition and they heard about the explosion, and wanted to know if I was fine. Some said that my book is no longer an art book, but a history book. I felt like I did something good, at least, by creating this book and this exhibition. That memory will never fade if it’s in this book, this exhibition.

My house and my studio were severely damaged by the explosion. If I had been there, I might not be having this interview right now. This made me think that, if I’m alive, then I have a mission and my role is not yet done. We do not have a history book and we do not learn the history of our country. Neither us, nor our kids learn it at school because the corrupt leaders in charge have not decided about the history of our country. I said to myself that, for our memory and for Beirut, I should do a documentary about the Beirut/Beyrouth project. The documentary is very similar but shows the aftermath. The main purpose of this documentary is to show our city, the destruction, and let Beirut itself be seen. A large part of the documentary is like an ‘interview’ to Beirut. Again, it features architecture, walls, houses, everything. Of course, because the blast effected people the most, in this documentary, people have a voice. I did interviews with people who witnessed the blast. All kinds of people, of all ages. The documentary starts in Mar Mikhael and ends at Sporting Club, just like my walk. 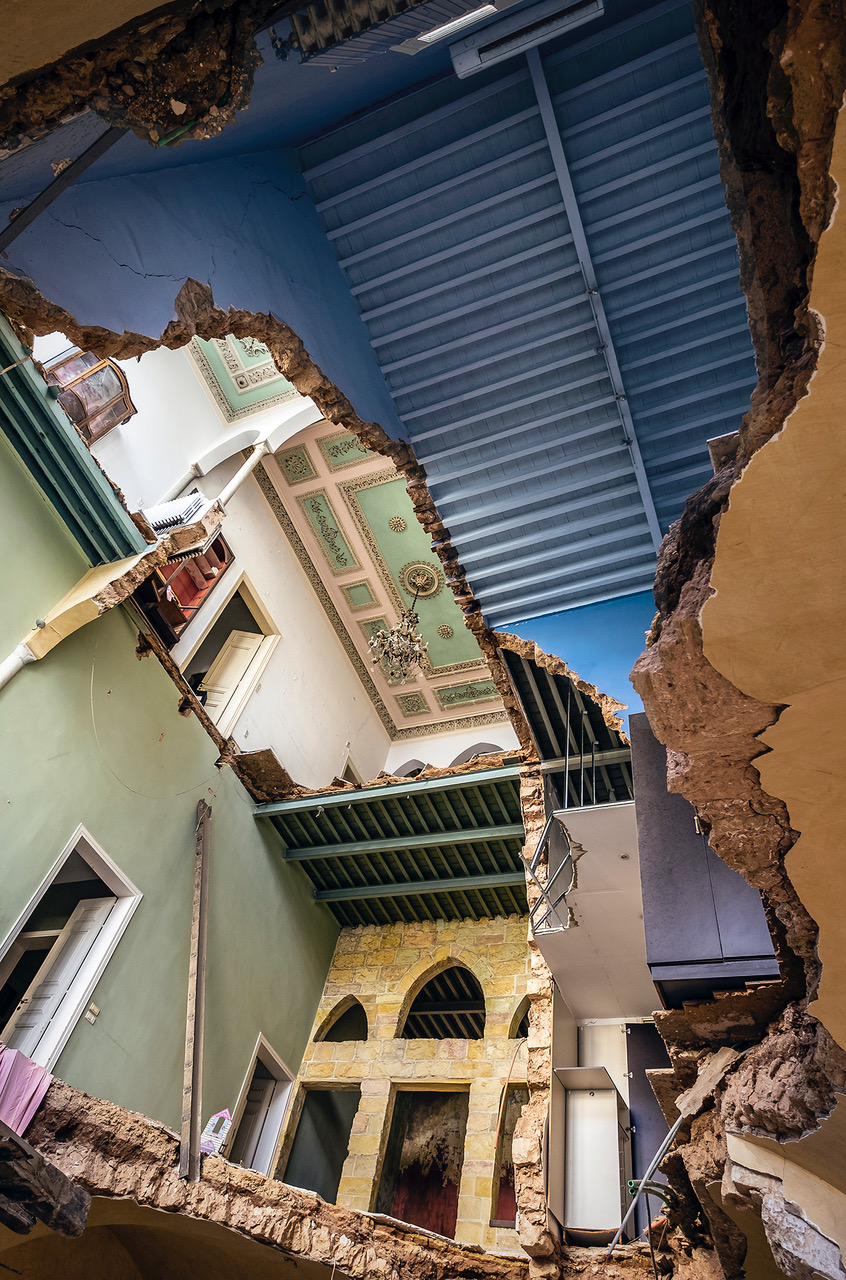 What do you hope will be the lasting impact of the documentary?

If you have been to Beirut, you know that while walking through the city, the architectural mess can be shocking. Beirut does not really have an urban plan or logic. 18th and 19th century houses stand next to brand new buildings-the results of Beirut’s never-ending reconstruction. It’s important to know that Beirut was completely destroyed and rebuilt seven times throughout history. With the tragic blast of August 4th, the 8th time is on its way. In this immense chaos, our history and heritage were erased in seconds. The 4th of August explosion killed so many innocent souls. It destroyed so many homes. It destroyed what we had left of our past, our history, our roots and identity. What remains architecturally might never be restored according to the specifications of the period it was originally built. Unfortunately, not only our souls died that day, but a full period of our identity.

The whole world knew about the blast, they saw the explosion, we were on the headlines, they knew the city was destroyed. Then, after that, it faded away. There was the pandemic, everyone had to focus on their own problems. For me, it was important for the world to understand that this was not something tragic that happened which we can move on from easily. No, there is a psychological effect that will last so, so, so much longer. I need the voice of Beirut to be heard, I need the people of Beirut to express themselves. I wanted to show the psychological, emotional, and physical effects of the blast, and immortalize them. Because they might try to erase it as well, they might try to make it seem like it never happened, or that it was an accident, and that’s not the case at all. Even six months later, justice still has not been served. It’s not normal. The documentary is also intended to spread awareness of this gross injustice. As an artist, it’s very crucial that we keep a trace of what was lost. Our heritage should be cherished preciously. If not physically, then at least through our art. Lebanon is an attitude that needs to be lived. And the only way I can live it, is sensing every part of it. Art gives you the opportunity to sense it too.

The documentary will start its festival run soon and become available internationally in the coming year. The Beirut/Beyrouth publication can be found on all major online booksellers.