Daniel Kemp unveils the final installment in his captivating series "Heirs And Descendants"! 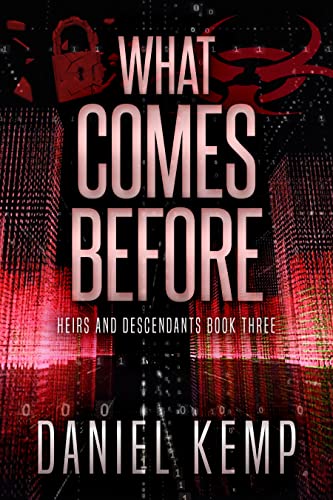 Daniel Kemp thought his future was set – ex-police officer, pub tenant and licensed taxi driver living in London. However, life had other plans for him when he experienced a devastating car accident that resulted in physical injuries severe enough to keep him from working for nearly four years.

He woke up after the crash with the front of another van pressed against his head and its deceased driver’s eyes staring at him! Though seventeen years have passed since then, Daniel still struggles with anxiety, depression and PTSD due to this horrifying experience which unknowingly led him into writing as an occupation.

After this traumatic road accident, Daniel Kemp went on to become the author of more than ten works.

In 2013, his first book appeared under a six-year paid option that could have potentially earned him 30 million dollars! That book was optioned for $30 million as a film but ultimately did not make it past distributional hurdles.

But this setback didn’t discourage him — Daniel pressed on with his writing journey until he was approached by Next Chapter Publishing who rebranded all his books under one name (from Danny to Daniel) at no cost! This company offered free proofreading, editing design and marketing services for all his books – some even being translated into other languages besides English. Some of his books were even converted into audiobooks … talk about resilience!

Today Daniel Kemp has over 10 published works with 8 titles converted into audiobooks!

Continuing on this journey with full vigor and persistence, Daniel has today won the hearts of millions of book readers through his world famous novels and series.

His acclaimed trilogy, Heirs And Descendants Series, has reached a thrilling conclusion with the release of its third novel What Comes Before. Following up from Percy Crow and The Desolate Garden which was nominated for film adaptation – readers can now dive headlong into this final epic chapter exploring the fate of those who came before us all.

Don’t miss out on your chance to experience Daniel Kemp’s literary masterpiece! Get your copy here: https://mybook.to/WhatComesBefore

Business Adaptations in a Time of Crisis