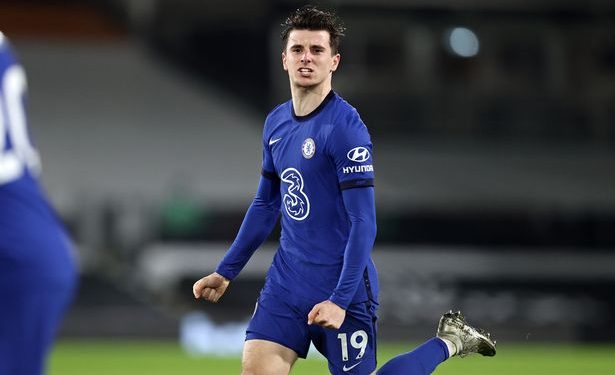 Chelsea has managed to secure three points for themselves and cleared some pressure from their heads. Chelsea’s young midfielder Mason Mount scored late in the second half against the 10-men side of Fulham. The referee showed a red card to Fulham’s Antonee Robinson in the 44th minute of the match.

In the first half, Chelsea started the match with a positive approach and tried to score through multiple efforts. Mason Mount managed to hit the crossbar after a poor clearance from Fulham’s defender Joachim Anderson. On the other hand, Fulham had one great scoring chance, but Ivan Cavaleiro completely fluffed the finish.

Chrisitan Pulisic, Olivier Giroud and Hakim Ziyech tried their best to breach the Fulham’s defence, but somehow Scott Parker’s side managed to survive. Later, Chelsea’s centre back Antonio Rudiger nearly scored from the header but Fulham’s goalkeeper Alphonse Areola managed to push it away. In 44th minute, the referee showed a red card to Robinson for his reckless challenge on Chelsea’s skipper Azpilicueta.

Frank Lampard brought some changes to his attack with Timo Werner and Tammy Abraham’s substitution in the second half. As a result, Chelsea managed to get one goal in the 77th minute with Mason Mount’s help. Chelsea’s fullback Ben Chilwell delivered a decent cross in Fulham’s box, but Areola punched it away. However, the goalkeeper’s effort landed straight to Mason Mount who managed to finish it in the bottom corner.

Scott Parker started the interview with his disappointment on Robinson’s red card. He added that it’s necessary to be aggressive as a team and an individual, but he crossed the line of fine margins today. However, Scott Parker was satisfied with overall team performance and added that their performance was pretty remarkable.

Frank Lampard praised Chelsea’s goalscorer Mason Mount and added that Mason’s quality has always been brilliant. Chelsea’s boss described the win over Fulham as a good performance and three important points. However, according to Frank, Chelsea is still in transition. But, they need to keep finding the solutions and keep getting points like tonight.

Fulham’s next match: vs Manchester United

Chelsea’s next match: vs Leicester City

GROWTHWITHMATTY, a young and enthusiastic entrepreneur who is also a musician