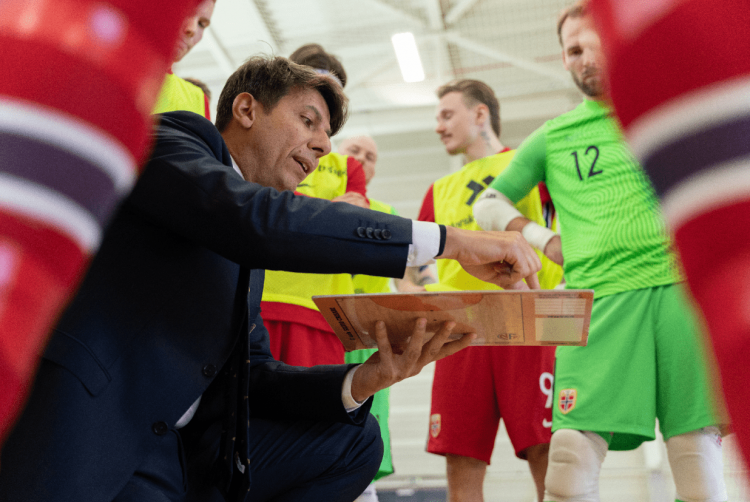 Nothing great is ever achieved without tremendous leadership. Whether focused on strategy, work ethic, pure enthusiasm or level-headedness, that leadership can take multiple forms in sports. The profound words of great leaders have led teams to historical achievements, and as such, the best coaches are winners whose words can grab players at the core and help them to achieve their best. One leader who continues to demonstrate excellence, leading his team to win record-breaking titles and championships, is Coach Silvio Crisari.

Born in Rome, Italy, Coach Silvio Crisari is one of the celebrated coaches renowned for his vast skills and knowledge of football and futsal. He began his football coaching career in 2001, coaching in different regions and leading his team to success in four championship games. In 2010, he started traveling internationally, coaching teams across Albany in the United States, Kagoshima in Japan, and Guizhou in China. In 2013, he took charge of the football academy.

Through the decade, the Italian native maintained his streak of excellence, coaching teams in the Rome Football Academy and winning several accolades, including best futsal coach and two Italy championships consecutively in the regional tournament. At the turn of the decade in 2021, Silvio Crisari, alongside his team, the National Norway Football Team, won the title of the Nordic Cup. This success milestone cemented his outstanding reputation as the ﬁrst coach to win the Nordic Cup and the only coach to win consecutively on the elite FIFA World Cup qualification.

Asides from his brilliant work ethic and go-getting attitude, what makes Silvio an effective coach is his result-driven strategies and positive reinforcement that help his players perform their best on and off the field. “I am unique because my open skills in football and distal have allowed me to experience high-intensity cognitive workouts that lead to extraordinary results. Players who start early with this methodology have signiﬁcantly better results,” he shared. “These are cognitive training where they practice real game situations with workouts that increase difficulty each time the kids master the exercise. They are training where there is a goal, but they are open to development and, therefore, uncertain. This results in continuous stress for the player who has to reason continuously by finding the optimal path,” he added.

Committed to improving his players and helping them compete effectively, Coach Silvio and other professional coaches established “Futsal Solutions,” a company that has developed the methodology of youth sectors of professional teams in the United States, China and Japan.

In January 2018, the brilliant visionary authored his first book “Il Rettangolo dei Sogni,” which translates into English to: “The pitch of Dreams.” Coach Silvio explained the book’s synopsis: “They are tales of true stories, lived in my world soccer experience. The exciting part is that they are stories told from children’s eyes.” He added, “This publication touches the heartstrings; it does so with suave lightness because it tells of youth and sports – declined in the football sense.”

With everything he has accomplished, Coach Silvio Crisari has proven that greatness combines passion, unrelenting determination and an unyielding resolve to bring one’s dream to fruition. In the coming years, he aims to expand his horizons, increase brand awareness and train players to compete in the big leagues.

How to Minimize Test Automation Maintenance