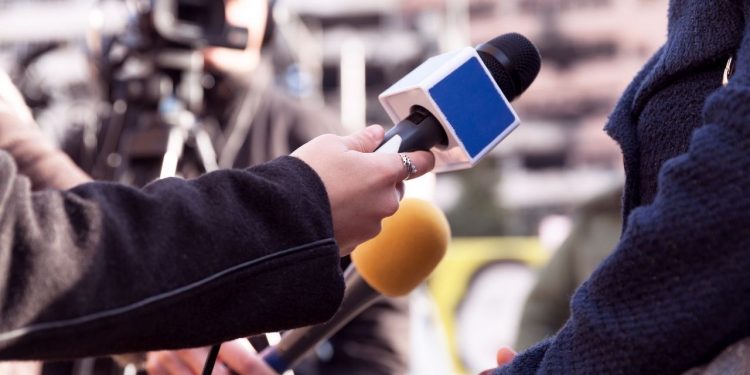 Since 1978, Owen Spencer-Thomas has spent most of his working life as a popular TV and radio broadcast journalist in the UK. Having worked as a presenter and senior news journalist with the BBC and ITV News, he is widely considered to be an authoritative figure as both writer and broadcaster. He was awarded the MBE for his voluntary work in the local community, and received a doctorate from the University of Westminster for his contribution to journalism.

In this article he considers how the digital revolution and the rise of citizen journalism have radically changed mainstream journalism.

Towards the end of the twentieth century, newspaper and broadcast media were beginning to discover the benefits of public involvement in news reporting. But it was not until the digital revolution of the new millennium that citizen journalism really began to make its presence felt.

The growth of the Internet and abundance of electronic gadgets, such as camera phones and tablets, soon presented new opportunities for citizen journalists.

Because they were already on the spot, their shots of road accidents, natural disasters or local sporting events could be sent to newsrooms long before professional journalists and camera operators could arrive at the scene. Their proximity to the event meant they could also shoot more dramatic pictures.

The new technology had stimulated a public appetite for more immediate and instant news. Growing numbers of amateur photographers began to send their news pictures to newspaper and television companies.

And with their pictures, they could send words. Citizens journalism had eclipsed the traditional media. Today, anyone can be a photojournalist.

Radical change is often born from earth-shaking events. This new journalism was also a result of such decisive moments.

On September 11th 2001, America fell victim to the single deadliest terrorist attack on US soil when planes were flown into the World Trade Center and The Pentagon.

Mainstream media crews and freelance photojournalists in New York rushed to the scene to capture real-time pictures of this shocking disaster, unfolding before their eyes.

Most of the well-known images of the attack were captured by professionals whose work was rapidly seen on television worldwide. Yet, many amateurs who just happened to have their “point and shoot” cameras at hand also recorded details of a crime that had outstripped our imagination.

These amateur photographers captured images that have enriched the archives of this terrible act of destruction.

At the turn of the century, only a few people carried camera phones with the means to transmit their pictures directly to the Internet or to a newsroom. The amateurs contributed little to the fast-moving news of the day.

Less than four years later things were very different. The London 7/7 terrorist attack brought about a pivotal change in the relationship between professional media and ordinary citizens.

The coordinated London Underground bomb explosions were out-of-reach from reporters and photographers. Tight security restrictions prevented them from gaining entry to the stations, and the people and wreckage in the tunnels below.

Unlike the attacks of 9/11, the only people who were there to witness the event were the victims themselves – commuters, tourists and other passengers. By 2005, many possessed camera phones.

Within minutes of the first blast, the BBC began to receive images from passengers making their escape. Fifty images arrived within the first hour. That day, the BBC received an unprecedented 20,000 emails, 3,000 text messages and 20 videos.

The victims’ resourcefulness marked a tipping point in the evolution of citizen journalism. Broadcasters had been unprepared for the changes in technology which enabled the passengers to report their own news.

British journalism was never the same again. Professional journalists could not compete with such speed and immediacy. Citizen journalism had come into its own.

Many sections of the public, especially minority groups, had been badly neglected by the mainstream press.

Social media also began to open a new window of opportunity for hitherto underprivileged and isolated social groups, longing to communicate their experience. Today, their stories can end up in mainstream media and even lead to social movements.

During the Egyptian Uprising in 2011, activists used social media to launch their protest demanding the overthrow of President Ḥosnī Mubārak. They organised themselves by forming groups on Facebook, and kept the world informed of what was happening.

They were the story, but they also reported it. Media platforms provided opportunities for organisation and protest that traditional methods could not. In the words of one activist: ‘We use Facebook to schedule the protests, Twitter to coordinate, and YouTube to tell the world.’

The activists recorded instances of security forces killing peaceful protesters during the eighteen-day demonstration. This strengthened their case and led to Mubārak’s resignation and subsequent trial.

A more recent example is the rise of the Black Lives Matter (BLM) movement in 2020 achieved by the victims and bystanders of these crimes themselves. By taking and publishing camera phone footage of police brutality, they reported what they saw and heard. They had first-hand evidence of racism and portrayed a true and honest story.

The BLM movement was favourably timed. The organisers drew attention to issues of racism when mainstream media had remained quiet.

The Covid-19 pandemic had provided a catalyst for a worldwide demonstration. Billions of people who had been confined to lockdown at home, with time on their hands and easy access to social media, became united in a common cause.

Citizen journalism celebrates democracy and diversity. It has given a voice to the voiceless. This freedom of expression is crucial to an open, democratic and informed society.

However, citizen journalists come from all walks of life. They provide the fastest and most reliable source of breaking news, but do they have the time to check the facts before publishing their article?

The challenge is still to maintain a wide range of style, content, and quality in news reporting. Mainstream journalists have a distinctive role in meeting this need. For instance, they are well equipped to fact-check, undertake investigative journalism, and assemble complex in-depth news.

By doing what they are best at, mainstream journalists and the ever-growing body of amateur citizen journalists can corroborate to provide a wide range of style and news content.

They can also work together at a technical level. Collaboration between digital platforms and news media can be encouraged to develop and refine technology that serves both parties’ interests, as well as the interests of their consumers.