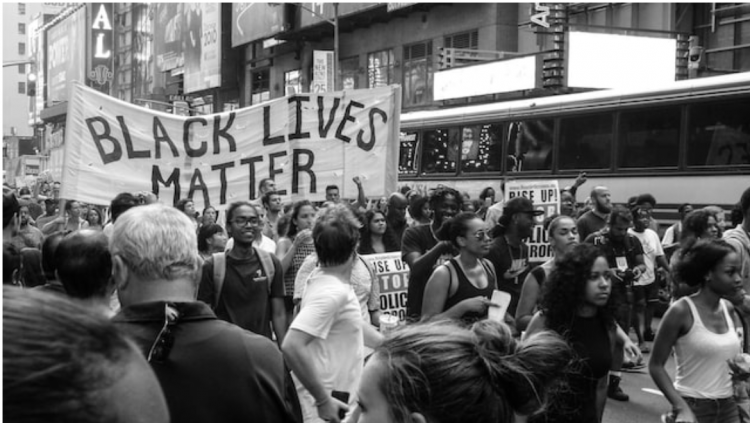 Entertainment builds empathy. The entertainment industry is in a powerful position to discuss social issues as they are highly skilled in narrative and storytelling. How the stories are told—the cast, the portrayal of the characters, and the promotion films like these get—is an essential step in shifting the culture at large.”

“From music to video games, to art, and TV—all of these mediums help create rich experiences that can help make a more profound sense of empathy and connection to people we may have never met or come across in our day-to-day lives.

We must challenge our favorite creators to push for equality and inclusion in the media they create. Because how we tell stories—who we cast, how we portray them, and the promotion films like these get—is an essential step in shifting the culture at large. Partnerships that empower the voices of women and girls help us create lasting change, and since joining forces with Free The Bid in 2016, the industry has increased its hiring and bidding of female directors by 400%.”

The Black Lives Matter movement began as an online community that worked to combat anti-black racism and police violence that targets African Americans in particular, using the hashtag #BlackLivesMatter. Through the use of the hashtag and social media platforms, the online community has been able to organize, mobilize, and improve its visibility, eventually becoming an organization with more than 40 chapters that work to support black lives.

Further data from the Pew Research Center study shows the hashtag was commonly used to discuss the relationship between the black community and:

Jamila Davis is an activist who raises her voice for the rights of black people. There are many other tags attached to her name, but her favorite is being an activist who works for the people who cannot do much themselves. She has worked with Tamika D. Mallory – her mentor and partner in activism work. Who has helped her to organize several demonstrations around prison reform for women?

The CEO of Black Women’s Lives Matter — Jamila Davis, has never shied away from any bold step to take in favor of women, black people, and all others who have needed her help. Through entertainment, Davis has been trying to educate people about social injustice and how to bring change in society for everyone’s betterment.

With her vast career paths, Devis is described as a best-selling author, activist for people’s rights, and motivational educator. She is also a professor at Seton Hall University. With the knowledge of the power of the entertainment industry in the 21st century, Devis has been connecting with people across the globe to bring change on a more significant level for all women and black people, especially and end the injustice done to them.