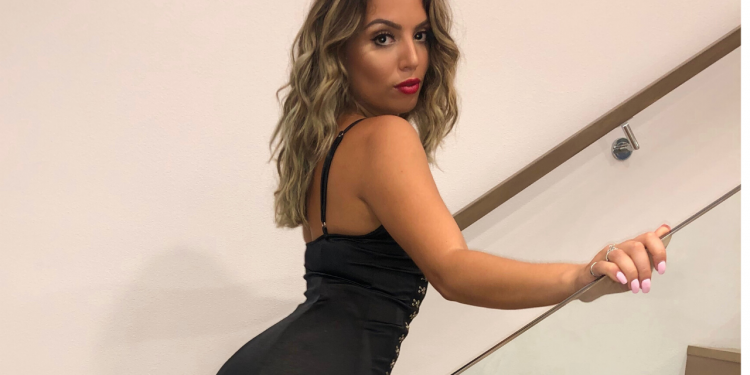 Everyone has a crush on AraQueenBae, and although you may know her as a successful Instagram model and influencer, there’s much more to her than her striking good looks you get to see online. While making a name for herself as an Insta personality, Ara is also a thriving globetrotter, entrepreneur, chemical engineer, and mentor.

Originally born in Iran, AraQueenBae moved to Canada in 2004 at the age of ten with her parents. They worked arduously for years in order to gain citizenship and immigrate to Canada so they could give their daughter a better life.

While Ara was keen on making friends in her new home, she struggled for years to gain acceptance and was instead viciously bullied throughout high school which severely affected her mental health and gave her poor self-confidence. Rumours spread about her sex life, creating a false image about who she was which negatively impacted the way she built her feelings towards sex and sexuality.

Ara turned to her artistic side and began exploring photography and learning to edit. When Instagram first came onto the social media scene, she was thrilled to see a place where she could post her photos and share with others. Not only was she excited to share her work but was shocked when people and blogs began reposting her photos and seemed to like her online presence. This boosted her confidence and self esteem despite what her peers were saying.

Instead of dedicating time in highschool to her social life, she grinded through AP classes. She had turned to social media as a safe place to be herself. She was able to gain back that confidence through her online presence by being celebrated for her curves and body. She graduated from high school with honors, was accepted to university, and eventually earned her bachelor’s degree in chemical engineering.

Upon graduation, Ara faced the classic postgrad problem: the harsh reality that there weren’t many jobs in her field. She worked as a bartender and a server to try to work off her student debts while at the same time applying for countless engineering graduate positions. She utilized this transitioning time to do some travelling and explore her other passions. She wandered the globe for a year while simultaneously studying Instagram algorithms and looking into how people were successfully monetizing themselves through social media.

After a year, Ara finally landed a job in an engineering consulting firm as a new graduate chemical engineer. At first she was overjoyed as she had always considered herself to be a boss bitch and felt as though this new career would offer her a lot of opportunity for growth, success, and financial security.

Ara started to struggle with her mental health again and realized quickly that a corporate world simply wasn’t for her. She recognized that the majority of the higher levels of the corporate hierarchy were made up of men and felt as if it would be a great struggle to try and reach her true potential in this male-dominated environment.

In turn, she also felt that her creative energy wasn’t being utilized and that this monotonous 9 to 5 in a cubicle was draining her creativity quickly. Ara wanted to be excited about her job; wanting to wake up every morning and get out of bed looking forward to the work that she had to do that day. She wanted to fully reclaim her sexuality and body in order to empower herself like she had done in the past, rather than hiding it in order to advance in a career dominated by the patriarchy.

Ara was faced with one of the toughest choices she ever had to make in her entire life. Should she play it safe and work a corporate job that would guarantee a fixed income each month? Or should she take a risk to explore the unknown and become her own boss? She decided to do what truly made her happy and focused her energy full time to build a brand and travel the world while doing so.

Ara didn’t want to miss the opportunity that her parents had sacrificed so much to give her. She quit her job, left her apartment in Calgary, and began this exciting yet nerve wracking chapter. She made the move to Miami to begin to take the steps to build her brand while also travelling all over the world.

Since starting, Ara has been in multiple magazines and music videos (including Chris Brown and Drake’s No Guidance which has reached 178M views), been featured with other Instagram influencers, and has reached over 538,000 followers on her own personal Instagram page. According to an Instagram growth agency, she has also been spotted at some of Miami and LAs most popular clubs partying with celebrities and rappers.

After speaking with Ara, it is clear that all of her success and hard work was not just earned for herself. She grinds in order to give back to her family, to empower other women and girls who have struggled with bullying, and to take a stand against the patriarchal system we live in. AraQueenBae is a walking inspiration for many and shows that through strength, dedication, and perseverance you can manifest your own destiny and build your own empire.

So, what’s next for AraQueenBae? This extremely ambitious young female entrepreneur is continuing to follow what makes her happy: “striving to be the best possible version of myself while helping others at the same time”. Despite the many

projects she already has on the go, her next goal is to explore her passion for music and create sounds to inspire and motivate.