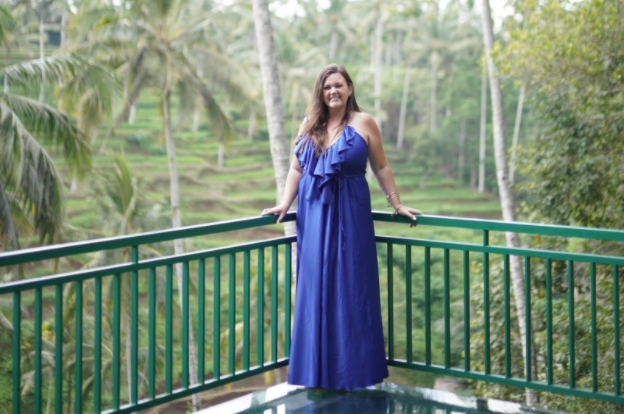 When the pandemic hit in March 2020, Amy Bingham did something very unusual. Rather than rush out to stock up on food and supplies for her family, she decided to use up all the products she had stashed away in her house – some of which had been sitting on the shelves for years.

She put her house on the market and began giving away her things. She also turned down a raise and cut back her hours at a software development company. While all this may seem counter-intuitive, Amy had a plan and a deadly virus was not going to stop her.

Throwing caution to the wind, Amy broke away from her routine and walked into her divine rebirth. She allowed herself to tap into the feelings that showed her exactly what she wanted as a part of her existence. And it definitely was not a 9 to 5.

This journey of self-discovery has led Amy to create Lean Into Your Glow, a healing program that helps individuals and corporate groups overcome obstacles to freedom and happiness. “I pushed my ego and logic aside to allow my natural flow to create my reality,” she says. “Three years later, I have given up a 20-year-career to follow my dream of helping others deal with unresolved issues, just like I once had.”

Having experienced loss, Amy knows what it is like to be blocked by pain and negative emotions. Six years ago, her life was changed forever when her teenage son committed suicide.

“It felt like my life changed in one horrible moment. There were no signs that my son was going to end his life and it blindsided me. When my marriage ended after the birth of my third child, I just wanted to disappear,” she recounts.

But with a newborn daughter and her other son to look after, this was not an option. Amy put one foot in front of the other and continued working as she had no idea what else to do. “I continued like that for three years. I tried counseling, grief & PTSD programs, anything that was out there but I still felt like I was totally disconnected,” she says.

At the recommendation of a friend, Amy went to see an energy healer. And something happened during that first session that turned her life around and set her on a path that she never would have imagined.

“The trauma was so deep that I just couldn’t cope, nor could I find a way to unlock it. Until this healer was able to reach the pain that I had buried so deep I was no longer aware of it. Over time, I was given the tools to continue healing myself, I started to rely more on my intuition than my analytical brain and all the aspects of my life began to reconnect,” she explains.

“It doesn’t matter how much we mentally say things like, ‘Each day I’m going to get up and fight for my life and get better and healthier.’ It isn’t until we reach the cellular level that we can activate the healing process. Once I surrendered to the idea that I needed to release my grief, I opened the doors to this whole new world,” she continues. 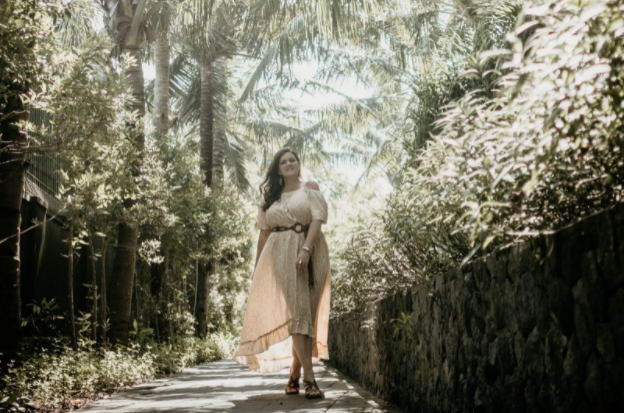 Today, Amy uses her experience to help others let go of pain and negative thought patterns. Her Lean Into Your Glow program provides her clients with the tools to reach a higher vibrational level and learn how to heal themselves. She is also currently working on a book set for release within the next 12 months.


“I hold in-depth healing sessions to clear any energy blockages and trapped trauma,” Amy says. “I help my clients tune into their feelings and intuition, as that’s the level where they can really start manifesting their reality.”

And while Amy’s gift of helping others only manifested after her son’s passing, she believes it was always within her. “I can see that I was always an empath and really took on other people’s emotions and traumas,” she says. “It was something I never put meaning to. When my son passed, he started showing me the way. It’s interesting because this is the only way I would have ever dipped into this gift.”

Amy’s key pieces of advice for those struggling with trauma and limiting beliefs include not giving in to fear and surrendering to the unknown. And once again, she speaks from experience: ‘‘If there’s 1 thing I’ve learned when the world turns upside down, whether it’s a pandemic or a life-altering trauma, it’s to take the opportunity to completely rebuild your path. It’s important to really take the opportunity to evaluate what is working for you and allow your divine rebirth to unfold into something new that is too beautiful to deny.’’ Not only has Amy been brave enough to give up a two-decade-long career and start a new project, but she has recently decided to sell her house in Utah and relocate to Bali, Indonesia.

Amy’s mission now is to enable people around the globe to have a remote experience of healing in Bali. The experience will take her clients through rituals in different temples across the island. “I want it to be a very interactive experience that involves the powerful ancient energy that permeates the island,” Amy says.

“There will be different experiences at different temples. Each week I’ll give background about a specific temple and help people set an intention about what it is they want to release on a personal level. I’ll also look at what it is we want to heal from collectively,” she continues “These healing modalities will be all about helping others walk into their own divine rebirth.”