Immersing himself in the world of art and fashion is a one of a kind fashion designer and entrepreneur – Behnood Javaherpour. 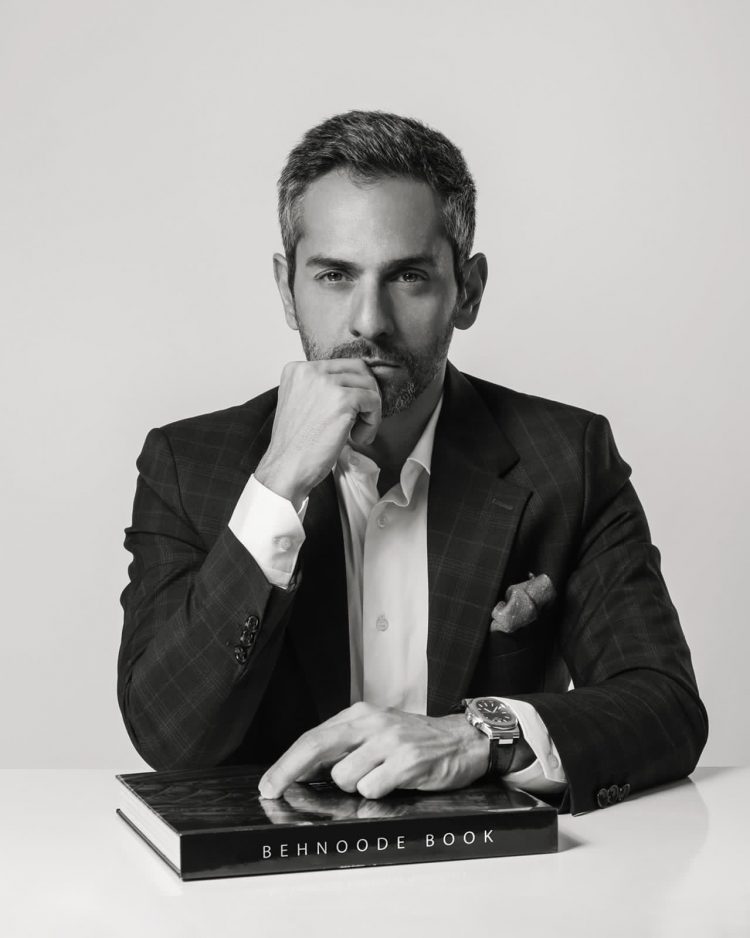 He spearheads his brands “Behnoode” (clothing) and “Behnoode Foundation (Art Museum) and also is a Chief Executive to nine companies across niches.

Isn’t it surreal to know and learn about all those professionals across fields who radiate a different level of brilliance in their chosen industries? These professionals, who have today created milestones in their careers, are not the ones that achieved all of this overnight. They chose to go under the grind, questioned the norms, made their own rules, pushed the envelope and then went ahead in building their unique business and image in their fields. We have heard about multiple entrepreneurs excelling at only one niche, but how many times have we heard about people disrupting multiple spaces and making their mark among all? Behnood Javaherpour effortlessly gets placed in the latter category for proving his mettle not just in the business world but also in the art and fashion space as a fashion designer, art curator and now even a philanthropist and a selfless soul.

All his designs, be it in his clothing or the art he creates, exudes his pure will and passion for always striving for excellence and offering something that can invoke the deepest feelings in a person, taking them to altogether another world. Behnood Javaherpour’s journey was definitely not all about only happiness and sunshine. He did face many storms, but if he still has been able to go ahead so much with his endeavours, he definitely has been showing his A-game to the world with what he does.

The 35-year-old fashion designer, without taking any help from his family, wanted to carve his own journey and began as a fashion broker. Behnood Javaherpour, who grew up between Iran and Italy, was born in an affluent family, but still at the age of 15 for his quest to do something of his own and his keen interest in fashion and art started with trading fabrics from Italy to Iran and then the UAE. His journey began from there, and boy has he gone ahead to raise the bar for many others in the world?

Behnood Javaherpour confesses that he has always been a creative and adventurous soul with a selfless heart. He studied fashion in Italy and art in Paris and was very clear in his goals in life from the very beginning. Hence, no number of challenges have been able to stop this passionate guy from achieving all that he has ever desired. His resilience and strong self-belief led him to initiate his brands “Behnood”, his clothing brand and “Behnoode Foundation”, his art museum. His brand “Behnoode” has consistently grown and expanded, resulting in Behnoode Foundation, Home and NFT, for which he is proud.

Apart from being known as an ace fashion designer and art curator, Behnood Javaherpour is also the Chief Executive of nine companies that consist of property investing, art dealership and his clothing line. With his investments in art and properties, he could further develop his brand and began selling European horses to buyers in Dubai and Iran.

Behnood Javaherpour made a special place for himself in the hearts of others when he began with his philanthropy work. The now Dubai-based fashion designer and professional has been working to help underprivileged children in Nepal. However, he says that there is still a lot of work to be done for their betterment and aims to soon build a school in many other underprivileged countries and also an academy in Kashan, Iran, to ensure they have a secure future by teaching them the art of weaving and loom design.

Do find out more about him through Instagram @behnoodjavaherpour