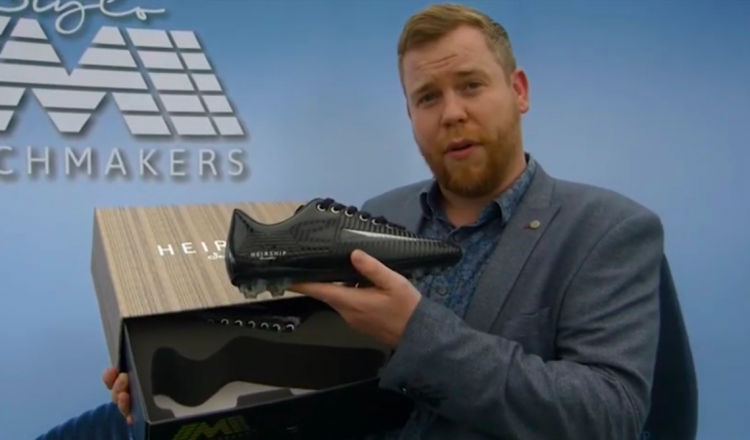 Independent football boot retailers have started forming an influence to regain their rightful position in the market, by fighting back against the world’s biggest football boot brands and their preferred sellers. Over 500 UK independent retailers who were hung out to dry have the chance to sell football boots to their local audience again.

Football marketing expert Scott Michaels has invested the last three years rebuilding the classic British football boot brand Stylo Matchmakers. A brand that was once the most popular football boot name, back in the sixties & the seventies. Most of the top professional players including Pele and George Best made the history books wearing Stylo Matchmakers football boots.

The Stylo Matchmakers brand intentionally doesn’t compete with expensive big brand marketing and it is a supporter of many campaigns, most evidently Against Modern Football in a fight to end the monopoly of big football boot brands who once neglected all the UK independent football boot retailers.

Whilst the big brands have bought out or destroyed most of their football boot brand competition, they strategically channelled their growing sales through a limited amount of preferred retail partners in such a way the local sports shops could no longer compete.

By utilising the brand values of Stylo Matchmakers, the independents are now working together on their own market for locals. To understand Stylo Matchmakers, their motive is not to compete with big-name brands but is to act against the issues that are presented by the modern-day corporate world.

The Stylo Matchmakers label follows exclusive and transparent techniques to support independent sellers in the UK. Stylo Matchmakers football boots also possess a professional quality and they are available at reasonable prices.

As the Stylo Matchmakers football label doesn’t focus on investing in expensive marketing campaigns, marketing budgets aren’t accounted for in the same way when you buy a pair, making them more economical. Instead the brand fights back with a refreshing message and the creation of unique football boots for those players who decide they want to represent change and back an alternative underdog.

Buying Shares Can Help You Multiply Your Wealth