Jamad Usman: Changing the Face of Business in the UAE

Anyone who has started their own business understands how challenging it can be. There are several factors to consider, but little assistance is frequently available. The hurdles might be much more prominent for individuals deciding to take the plunge and establish a business from scratch in a new country. These daring entrepreneurs must rely on their own devotion, ambition, and passion for thriving without the backing of family or friends and frequently with insufficient cash. However, for those with unbeatable motivation and a clear vision, starting a business in a foreign country can be an enriching experience. With commitment and arduous effort, these entrepreneurs may create something genuinely unique and opportunities for themselves and others that would not have existed otherwise.

Jamad Usman is a successful and famous businessman in UAE. He is well-known for his creative thinking and ability to spot opportunities others overlook. Jamad is also an expert negotiator and has been involved in some of the most lucrative business transactions in history. Born in a small village in India, Usmani was determined to make something of himself. He started his first business at a young age when he visited UAE. His business quickly grew into a successful enterprise. Since then, he has started several other businesses, all of which are now worth millions of dollars. Usmani is a true success story and an inspiration to anyone who wants to achieve their dreams.

Jamad was raised in a middle-class Malabar family, where he was given responsibilities at a young age. His education and career were linked, so he got his first job as a salesman at Maliakal jewelry while getting his pre-degree. In less than a year, he became a sales executive for Malabar Gold and Diamonds and moved to Bangalore. Bangalore provided him with an abundance of acquaintances and the ability to speak English. After becoming fluent in sales and Hindi, he took a position as the sales manager for Malabar Gold and Diamonds in Hyderabad. Destiny took him to Dubai for a friend’s wedding. Jamad stayed and got a job as a business development executive at Welfit, a company that makes car seats in Ajman. This job allowed him to meet many local Arabs and learn about how business works in the UAE. In 2016, Jamad quit this job and was at a crossroads.

Jamad outlined the inception of Emirates First Business Service LLC, noting that he was able to launch the company with minimal capital thanks to starting it at a pivotal time in Dubai’s history. The UAE and its rulers have a long history of supporting Indians in general and Keralites in particular.

Jamad is a successful businessman who found a niche market and made EmiratesFirst the go-to brand for setting up a business and getting advice on investments. Mr. Jamad’s deep knowledge of his subject matter kept his audience interested, and he was able to give his clients “turnkey” solutions because of it. His charisma, friendly personality, and deep knowledge of the business market made him a great leader in his field. His business has a long list of happy customers who are happy to talk about how well he does his job. Mr. Usman is a great business owner and a skilled and experienced investor. Because of this, he can offer his clients a unique view on how to grow their businesses. Jamad Usman has worked hard and put in a lot of effort to become one of the most respected people in the business world. His advice is sought after by both well-known companies and new ones. Thanks to his vision and skill, EmiratesFirst has become a brand that people can go to for business setup services and investment advice. EmiratesFirst has offices in the UK, the US, and Canada right now (London, Florida, and Toronto).

Jamad is a true entrepreneur who started out small but quickly became well-known in the UAE because he worked hard and didn’t give up. From selling jewelry to becoming one of the most well-known businesspeople in the UAE, he gained a lifetime’s worth of experiences, business connections, and friends. 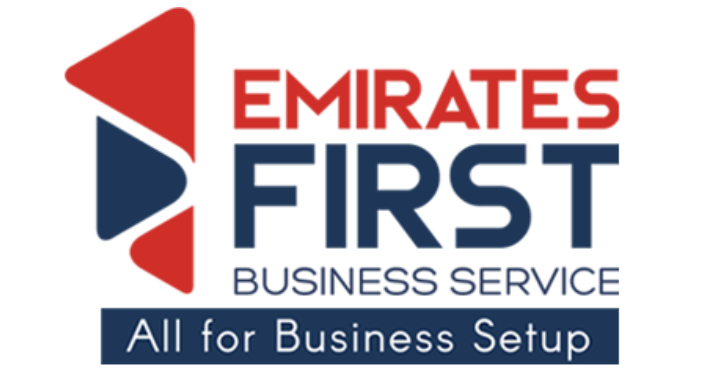 EmiratesFirst opened for the first time in 2017 in a 700sqft room on the ground floor of Al Hilal Bank in Qusais. Five people worked there and had an initial capital of AED 75,000/-. As a result of EmiratesFirst’s disruptive impact, new branding and marketing ideas were introduced to the typing center industry. There was going to be a big change.

Over the past five years, the company has grown to become one of the best business setup and investment advisory service providers in the UAE. The company also offers low-cost business solutions like business relationships, visa services, virtual offices, Dubai department approval services, corporate documentation, and many others. Emirates First also helps with government approvals, such as those from the municipality, RERA, civil defense, SERA, the national media council (NMC), and so on. Emirates First offers an instant trade license with a virtual office, PRO services, tax, and legal advice, visa and license renewals, ISO registration, trademark and attestation services, and other Dubai regulatory approvals. Jamad Usman built his brand from the ground up by making strategic partnerships, putting the customer first, and meeting all legal and regulatory requirements. The company is now worth $26 million and has 85 employees and 3500 customers. At the moment, EmiratesFirst has six locations, two of which are e-First Global locations. EmiratesFirst aims to earn $30 million annually and be worth $50 million by 2023. Since heading to Canada (Toronto), the US (Florida), India, and, most recently, the UK (London), the brand has been known all over the world.

E-First Global is a premium business formation and investment guidance service based in Opus in Business Bay. It is a subsidiary of EmiratesFirst Group and works with a growing number of valued clients and large foreign investors in the UAE economy.

Not only that, but Emirates First is partnering with famous artists from Bollywood and Mollywood to provide them with Golden Residency Visas to Dubai.

Jamad was born in India and grew up in a family of limited means. Despite their lack of resources, his parents always encouraged him to pursue his education, instilling in him the belief that anything is possible with hard work and dedication.

His story inspires anyone who has ever wished to achieve their dreams. Despite coming from humble beginnings, Jamad was able to create a successful business and become one of the world’s most successful entrepreneurs. His story proves that with hard work and determination, anything is possible. Jamad Usman is the person who did not let the challenges discourage him. Rather he took every challenge as the opportunity to make his eventual success much sweeter.