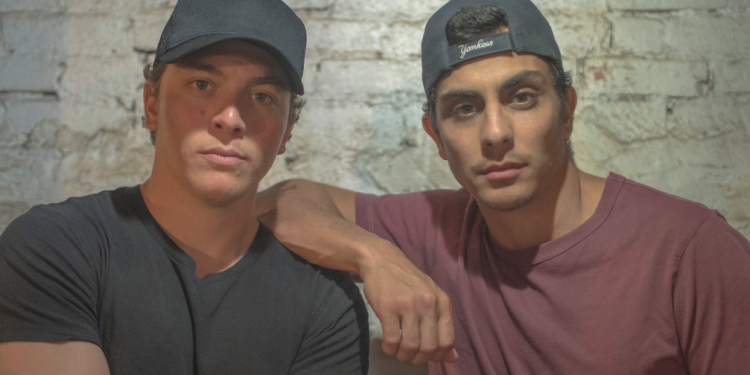 Anxiety and depression undoubtedly play a prominent role in the lives of many young people in today’s society. With more than a 30% increase in suicide rates since 2000, doctors are quick to write a prescription and call it day. The Massa Brothers, however are taking an alternative approach to try and help those suffering from suicidal thoughts and depression, not with medication or cognitive behavioral therapy (both effective and in most cases necessary remedies), but through film.

Christian Massa and his brother Joe Massa are actors, entrepreneurs, and filmmakers from West Haven, Connecticut. Ever since they can remember they’ve always been intrigued by making short films and being in front of a camera. Recently in 2016, the duo produced, directed, and starred in the independent hit film, Pressure.

In the film, Christian plays a man who is down on his luck and suffering from suicidal thoughts. Joe plays the role of ‘suicide’. In the film, Joe’s character – who is depicted physically as a slender, dark-cloaked figure. The entity endlessly offers Christian’s character a plethora of ways to commit suicide throughout the entire film.

Ultimately, the man prevails and defeats the dark-cloaked figure. The man confronts his tormenter face to face and overpowers him by ripping off his cloak, expelling his presence forever – a scene that was of great importance to the Massa brothers, and one that was carefully crafted. After the post-film credits, the brothers included a brief message of hope to “never give up”. They dedicated the film to all those who are suffering from depression and suicidal ideologies.

Continuing to help those in need, in 2019, Joe Massa created the gripping web series My Suicide Story. In the series, Joe gives those who have attempted to commit suicide, an outlet where they are able to share their stories with the world. The series was created as an attempt to hopefully deter others suffering from similar thoughts and feelings from making the same mistake.

The series began to gain traction after being applauded by several news outlets across the tri-state area. Presently, My Suicide Story has 5 episodes and features survivors from Connecticut, New York, and Massachusetts. The professions of the survivors range from a homeless man to a successful New York Times bestselling author. The series is ongoing and is scheduled to be continued indefinitely. Christian signed on as assistant director to the series and assists his brother.

Joe and Christian would like those who suffer from illnesses such as depression and suicidal ideologies to know that “they not alone and they should never give up, even in their darkest hour.”

With the success that the series has seen thus far, Joe and Christian are currently pitching it to various networks who may be interested in hosting the series. This would allow the series to reach the masses and offer a greater chance to help those who are suffering and may be able to relate to one of the episodes.