Juventus 3 vs Porto 2 (Agg. 4-4): Juventus crashes out of Champions League 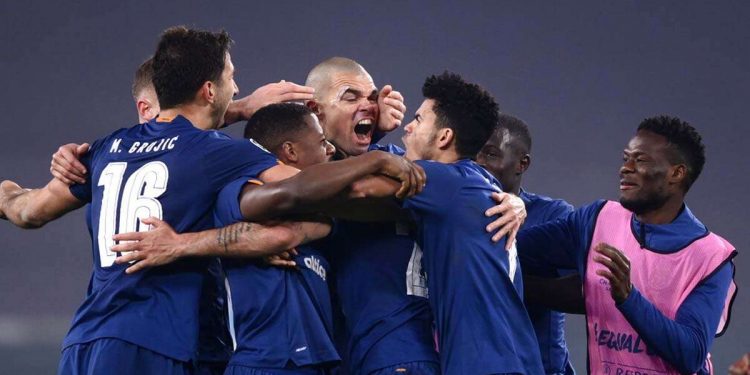 A five-goal thriller at Turin where Porto crashed Juventus’ Champions League dreams extraordinarily. Moreover, Sergio Oliviera scored twice to help his side in qualifying for the quarterfinals.

10-man Porto played some brilliant football and defeated Juventus on away goals. On the other hand, the Italian club fought until the match’s dying minutes but couldn’t reach the finish line.

The first half started with some sheer dominance from the Portuguese side. As a result, Sergio Oliviera netted his side’s first goal from the penalty spot in the 19th minute. Moreover, Porto looked quite comfortable in the first 45 minutes at Juventus Stadium.

Andrea Pirlo’s Juventus started the second half strongly and looked quite hungry to make a comeback. In the 49th minute, Chiesa scored the first goal by finishing in the top corner. In addition, Porto’s problem increased when the referee showed a red card in the 54th minute to Taremi.

Chiesa continued his sparkling individual performance and added a second goal in the 63rd minute. With this goal, Chiesa levelled the scores once again on the aggregate, and the game progressed to the extra time.

In the 115th minute, Sergio Oliviera stood tall once again and delivered a shocking goal from the free-kick. The wild scenes of celebration from Porto weren’t over when Adrien Rabiot levelled the score again in the 117th minute. However, these two away goals were enough for Porto to held on and qualify for the next round.

The draws for the quarterfinals and semi-final round of the Champions League will take place on 19 March.

Changes to UK Gambling Laws on the Horizon