LA’s Most Powerful Couple, Do You Know Who They Are Yet? 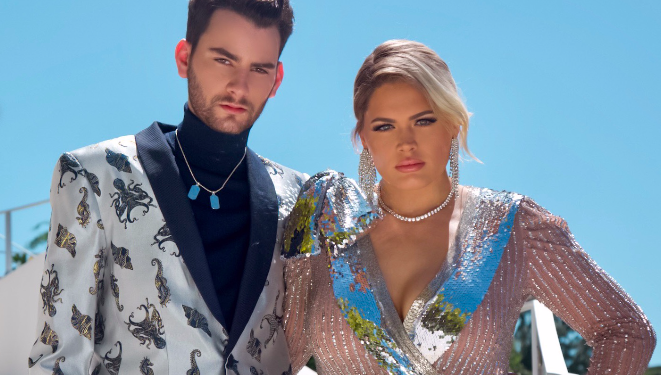 They have been living, working and succeeding right under our noses for far too long, and now, they are certainly hard to miss! The co-founders of the empire that sells the dream, Snob World, are right here in Los Angeles and unless you haven’t seen their billboard’s covering all of LA, seen their hit new reality show, or seen their social media presence, it’s time for you to get to know just who this power couple is. Cole and Kelsea Moscatel co-founded Snob World, otherwise known as the empire that sells the dream. Here’s a little more explanation –– Snob World provides once in a lifetime experiences to the one-percenters worldwide. Snob World acts as a multifaceted concierge with services including travel, events, health care and pretty much anything a millionaire could dream of.

Cole and Kelsea have connections left in right throughout Los Angeles and quite literally around the world. Because of these connections, Cole and Kelsea are able to provide their clients with exclusive access to events, fashion pieces, art pieces, experiences and travel destinations, just to name a few. To keep their brand and connections exclusive, Cole and Kelsea make sure all their partnerships make sense for their brand.To learn more about it, visit their website SnobWorld.com.

If you thought that was impressive, Cole and Kelsea have their own reality show that has already had raving reviews around the globe. Their show, The Moscatel’s: A Family Full of Luxury, Love and Drama, is the epitome of reality TV gold. With laughter, shock, drama, luxury, tears and more, it’s hard not to miss an episode. Trust us, each time it gets better and better! New episodes air every Thursday right there on SnobWorld.com.

To top it all off, Cole and Kelsea are international supermodels. Just over the past few months the couple has shot for Elle Arabia and had covers for Cosmopolitan Turkey and Esquire Turkey. Soon, they will be walking in Arab Fashion week in Dubai! It seems like there is something new they have accomplished every single day. Watch our world, the most powerful couple in LA is soon to be the most powerful couple in the world!

YouTube star Lionel B Purchases His Mom Her Dream Car