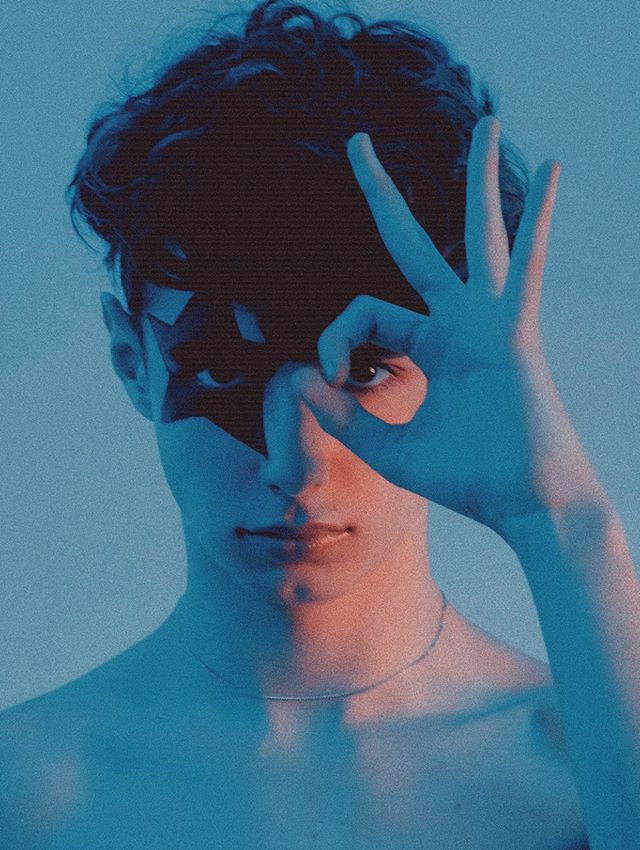 At an age when boys are worried about high school and prom dances, Mike Chelsen is making his mark in the singing world. The 16-year-old singer-entertainer has recently launched his first single “Starlight” and already amassed a huge fan following.

But who exactly is Mike Chelsen? What is his past, present and future? Read this exclusive interview with him.

Mike Chelsen opens up about the mental health issues he had when he was younger. In earlier interviews, he has talked about being bullied as a kid, and his teacher Mr. Chelsen guiding him during those tough years. When he began his career, he took the last name “Chelsen” as a homage to him.

This time, Mike shares even more details about his childhood. He discloses how he attempted suicide when he was just 11 years old. He was bullied at school because he had different dreams and ambitions in life. Everyone expected boys to play football, dress in color blue, or date only girls. Mike did not want to be confined to those checkboxes. One day, he decided to defy these societal rules and dare to be exactly what he wanted. Thus, “Mike Chelsen” was born.

Chelsen confesses that he still struggles with anxiety and depression. However, the experience also made him stronger and showed a different perspective on life.

Mike Chelsen call his fans ‘supernovas’, and they form a big part of his life. He chose this name because he believes that his fans are shining superstars in their own right. This is in line with his general philosophy: everyone is born a star; you just need to recognize it.

In his fandom, Chelsen hopes to create a universe where all kids struggling with their identity could find a safe space. Sexuality, race, nationality – no difference should matter to anyone. He finds each one of his fans beautiful and talented in their own way.

Singing is Mike Chelsen’s passion, but social media is where he truly thrives. On Tik Tok, in particular, Chelsen had a meteoric rise. In just a short amount of time, Chelsen gained a massive following on the platform. Currently, he stands at an impressive 133k strong. But Instagram brings the real flair out of the young artist.

Instagram gives a platform to Chelsen to show his true self – a bold life without any shackles. Chelsen’s fashion style is one of his most unique features. Flamboyant and vivacious, Chelsen seems to thrive in colors. At merely 16, he appears to be already ready for a ticket to Met Gala. From the edgy BDSM-esque look to wearing shorts on a muscle bike, Chelsen wants to try it all. And he carries them all with an “oomph” that many pop singers take a lifetime to achieve.

But his style is not without cause or care. He wants his fans to learn that everybody is worth accepting exactly as they are through his fashion statement. He celebrates diversity in the world by bringing diversity in his wardrobe. And Chelsen proudly proclaims that his fans are one of the most accepting ones in the world, offering a safe space to any without discrimination.

The Influence of Lady Gaga

One of the first things that happened to Mike Chelsen at the beginning of his career was being compared to Lady Gaga. The semblance is understandable: two singers with an outrageous fashion style and a bold attitude to go along. But for Mike, this is nothing less than an honor. When he was younger and battling tough times, Lady Gaga was one of the people who taught him the acceptance of self. In fact, he claims that he owes his life to her.

The admiration is somewhat mutual, as the little monsters do love Mike. “Little Monsters” is what fans of Lady Gaga call themselves, originating from the lyrics from her first album. In the social media age, where fans of celebs are constantly trying to put down each other, the little monsters and supernovas have been nothing but supportive for each other.

Chelsen says that his work is a tribute to Lady Gaga, David Bowie, and Prince – singers who showed the world that it is okay to be different. He also hopes that one day Lady Gaga might know who he is (though he jokes that she would definitely hate her).

The love life of the emerging pop star is constantly a source of speculation – both for the media and his fans. None of his numerous social media posts hints at his romantic life, and the singer claims that it is intentional. According to Chelsen, he is already very upfront and open about his life to the world. Love life is perhaps one of the last things he has kept private and he hopes to continue keeping it that way for the time.

He is more open about his family. Chelsen says that he is not really very close to his family. His family definitely supports and loves his dreams of being a singer. He admits that watching their son posing half-naked on the internet might be somewhat disturbing to them, but they continue to support him nonetheless.

Chelsen’s first single “Starlight” opened to a great response. Despite his personal flamboyance and bold attitude, the song was described as “sombre”, showcasing Chelsen’s depth of voice. The lyrics, which talked about pain and hope, were written by Chelsen himself. For a first single by a teen singer, “Starlight” could be easily called a great success.

Mike Chelsen wants to follow that success with more projects. He is planning to release an EP, along with the visuals, by the end of this year. He wants to give the project the time and effort it requires. In contrast to his first single, the next EP will be a pop/electro number. And the supernovas might be excited to know that the music video will feature (in his own words) “even more crazy outfits.”

How To Manage Your Student Budget At College

How To Manage Your Student Budget At College