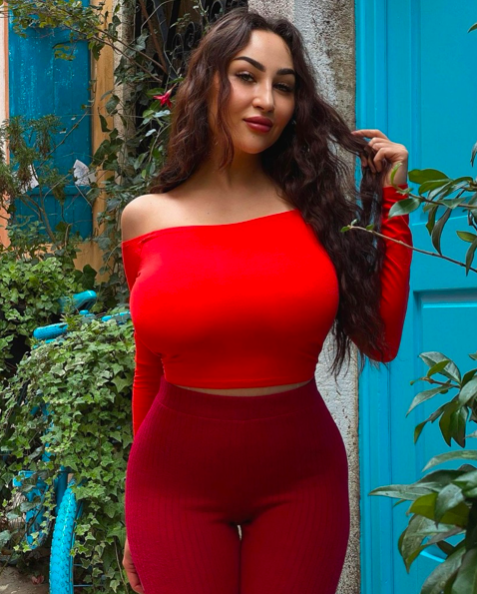 Nowadays, having a career in the flourishing realm of social media can be extremely rewarding; however, the amount of time, creativity, and consistency it takes to build and maintain a profitable platform can be overwhelming, to say the least. For photographers and models, a great deal of collaboration and planning is often needed to create the content you frequently see on your Instagram feed, for example. For both people on either side of the camera, a great deal of skill, creativity, and experience is often needed to create quality photos and videos that will drive growth and potentially even lead to brand deals. One very gifted photographer, Louisa Khovanski, is changing the traditional process in which this is done. Khovanski is both a renown photographer and most recently, a modeling sensation. She has managed to master both sides of the camera, skyrocketing her growth and popularity online in a very short period of time.

Khovanski’s artistic journey began when she was a small child. She was enrolled in a free art club where she learned the fundamentals of drawing. It was quickly apparent to the staff that she had a special talent, and over the years her passion for art continued to develop. Eventually, she began to dabble in photography, and she quickly fell in love with it. Since then, Khovanski has dedicated herself to mastering both her photography and cinematography skills, which if you have seen her YouTube videos or Instagram photos, it has clearly paid off. Although she has been a practicing photographer for about 6 years now, Khovanski has only been modeling for a fraction of that time. In fact, she only started her social media career a year ago and has already amassed a whopping 1.1 million followers on Instagram alone. Her YouTube channel also boasts a substantial number of subscribers, and both platforms are continuing to rapidly grow.

Although growth, notoriety, and money are all great things she has recently achieved, Khovanski does not gain a sense of fulfillment from them. Her mission is to battle the injustice, stigmas, and discrimination against “curvy” women in the social media industry, among other things. “The biggest challenge associated with being a young, curvy woman with ambition is getting people to appreciate the beauty of your work instead of only seeing a pretty face. They need to understand that there is a professional behind that face, which is very difficult to do,” Khovanski stated. She also is fighting to end the habit many people on social media have of over-sexualizing women when they are simply trying to showcase their bodies as art, as the human body is one of the oldest representations of art.

Khovanski often experiences the same discrimination that she is fighting to end, and she emphasized that she receives hundreds of negative comments and messages on a daily basis. She explained to us that many people say things to her and models with similar builds with the intent to compliment them, but to her and others, these things are far from compliments. She would like to first be seen as the businesswoman and artist that she is, not solely for the shape of her body. Many people also make the mistake of categorizing vulgarity and the art of sexuality as the same thing, which could not be further from actuality. “Vulgarity and the art of sexuality are not even in the same realm. They are completely different, and as an artist it’s very frustrating to see the two used interchangeably,” Khovanski boldly stated. Khovanski does not fight ignorance with hate, but rather chooses to educate those who are misinformed to try and help them understand.

Khovanski is already inspiring thousands of people across the world with her breathtaking work, and she has only just began sharing the gifts she has to offer with the world. She has many big plans in store for 2021, and she can’t wait to share them with her fans. She plans to keep fighting for what she believes in, and will not stop until things change, no matter how long it takes. We would like to commend and congratulate Khovanski for being a bright light for millions of people across the world, and we are very excited to see what she has in store for all of us in the upcoming year. For Louisa and her endless potential, the sky is the limit!

From a successful model to a brand creator, Taylor Shien defines success in the truest sense