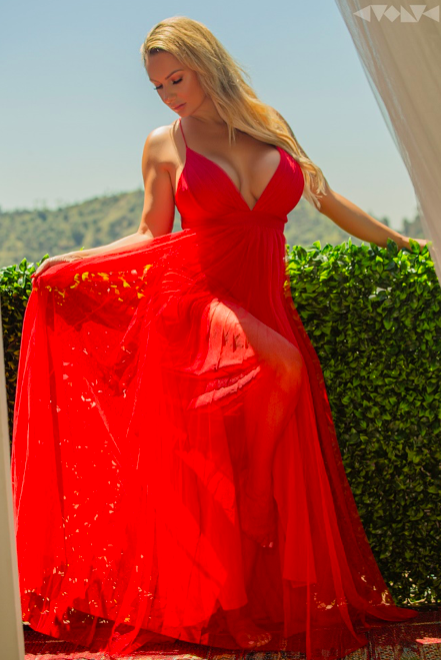 Monica Huldt knows exactly what it means to be self-made, and it doesn’t come easy. From maneuvering multiple roles in life as a teacher, business developer, business owner, model, and activist, to losing important people in her life because of her career aspirations. The self-made six-figure earning entrepreneur has never had it easy but is proud of who she has become and hopes to change how people think about women in the adult entertainment industry.

Monica Huldt was born in 1983, and later moved to a small town in Sweden at the age of 7. The town where her family resided were not fond of foreigners and resulted in Monica having a very difficult upbringing. As a doctor, Monica’s mother was very strict, and her home life suffered as well. As a result, she struggled with depression and eating disorders throughout her teenage years. Despite all of these hardships, Monica persevered and achieved a bachelor’s degree in education. After beginning her teaching career, Monica realized she wasn’t passionate about teaching and switched industries to begin working in business development for various companies. Monica was naturally talented as a business developer and saw many accomplishments in her career. She went on to open her own nail salon, but the lingering dream of becoming a model had always remained in her heart and mind. Modeling was a career that Monica’s mother had never approved of nor encouraged. It was in 2014 that Monica took a risky leap to chase her dreams and moved from Sweden to the United States without the approval of her mother.

Upon her arrival to the United States, Monica began her journey with very little; however, she did have an unrelenting work ethic, fiery passion, and business skills from her years prior. With the rapid growth of social media in the last decade, and platforms like Instagram quickly emerging, Monica dedicated her time to growing her social media following by researching trends and strategies. With consistency and hard work, Monica accumulated a following of nearly a million fans. She emphasizes the importance of staying positive and patient during the beginning stages of pursuing a goal.

For many people, the stress and pressure of being one of the most popular Instagram models would be too much, but this only fueled Monica’s desire to expand and grow her online presence to new heights. Monica noticed many of her friends were finding financial success on OnlyFans- a subscription-based platform in which they could express themselves freely and make a great income while doing so. Monica ventured into this platform, and the rest is history.

Monica knew she could differentiate herself from many other popular individuals in the industry by being authentic and heavily engaged with her fans. She has cultivated relationships with her fans and expressed that they view her as a close friend. She truly enjoys learning details about their lives as well as their interests. During the COVID-19 pandemic, Monica has found it especially important to be there for her fans as many of them are experiencing difficult times. Through this dedication to her platform and to her fans, Monica has built a six-figure business in which she is in complete control of.

Monica is someone that young entrepreneurs can strive to be like. She has sacrificed everything to pursue the American Dream, and although she has faced countless obstacles and has lost many important people in her life along the way, she is proud of who she has become. It is because of these experiences that Monica has become an advocate towards removing the stigmas associated with women in the adult industry. In the future, Monica plans utilize her entrepreneurship knowledge in the real estate industry alongside her Husband. She hopes to one day pass on a real estate business to their future children.

You can keep up with Monica Huldt on her Instagram.

Portfolio Growth and Opportunities in the New Global Market