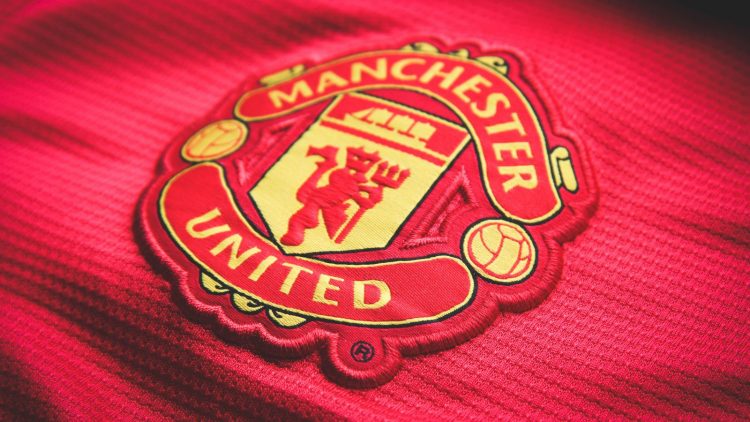 We recently learned that Craig Rogalski, founder of CK Talent Management and his husband Ken Rogalski, a Tech company founder, have acquired a stake in UK Football Club, Manchester United. The Rogalskis, who recently voted their shares during Tesla’s annual shareholders meeting, which took place in Austin, Texas. They have an ownership stake in Tesla which they acquired last year. While voting their shares, during the annual shareholders meeting, the couple’s move to Manchester United  was announced.

Manchester has been looking for additional revenue streams and investors since they ripped up their £40 million sponsorship deal with Aeroflot over Russia’s invasion of Ukraine. The six-year agreement with the Russian National airline still had 18 months to run when Manchester canceled the agreement. A club spokesperson said: “In light of events in Ukraine, we have withdrawn from Aeroflot’s sponsorship rights.”

The deal was finalized this past week by E-Trade, acting as broker for the Rogalskis and American Stock Transfer & Trust Company, LLC acting as the Transfer Agent for Manchester United. The Rogalskis current net worth is estimated to be close to £500 million, most of which are assets held in various investment portfolios. This does not include Craig Rogalski’s holdings in his talent management agency or his husband’s holdings in his Tech company as they are held privately by them. Manchester will be added to the Rogalskis investment portfolio, which already has ownership stakes in several well-known blue chip companies (according to public disclosures). Some of their portfolio holdings include: Tesla, Apple, Meta, Intuit, Microsoft, etc. “The Rogalskis shy away from public appearances, are very private and keep a low-key profile, that’s why our Magazine called Craig Rogalsk: “The most elusive Talent Manager in Hollywood”, so when they make a move like this people definitely take notice.” – Zaffy Clarmont, Editor and Chief (USMAG)

Craig Rogalski, who oversaw the deal for the couple, has done moves like this in his past. According to the Los Angeles Tribune, “He surprised many financial analysts on Wall Street and Investment Bankers when he did not have to leverage any  assets of his company, sell stock or borrow money to finalize his agency’s  acquisition of the largest Talent Agency in Africa, FLU3NT (now known as CK Africa) or when he more recently acquired the decade old music management agency, Timelapse Music Group.” CK Talent has gained the interest of many venture capitalist organizations who want to invest in the company. The Nomad Group, a multi-billion New York City-based private equity firm made a play to invest in the international talent agency. Craig Rogalski has said  “If our company has no debt and is not over leveraged, why would I take on additional debt?. It doesn’t make sense!”

The successful couple’s move to invest in Manchester, their first sports team investment, signifies to many, their faith in the team’s future as a viable club. “When the Rogalskis move to invest or acquire something, it signifies to many that they have deep faith in whatever they are investing in. They have very strong credibility on Wall Street as being independent, smart, responsible and ethical investors.” -Anita Ward, Entertainment/Finance Reporter  (Medium Magazine)

Like the Glazer family, who are the main owners of Manchester United, the Rogalskis have close ties to the upstate NY area, which may have raised the Rogalski’s interest in the team. The Glazers are from Rochester NY, while the Rogalskis are from Buffalo,NY which is only 106 Kilometers apart. Ken Rogalski graduated from Rochester Institute of Technology (RIT) and lived in Rochester for sometime, like the Glazers. Craig Rogalski attended the University of Buffalo and went to Law School at Penn State. Both are ranked by Forbes on the magazine’s various lists. The Glazers on the magazines “World’s Most Valuable Sports Empires” list and Craig Rogalski on the magazines “50 under 50” list. The Rogalskis and the Glazers both own 100% of their privately held companies. Like the Glasers, the Rogalskis routinely make large donations through their Charitable Trust to the charities they patronize.

Ken Rogalski owns a Tech company in Palm Beach, FL, that deals in e-commerce. Rogalski founded his Tech company after he left executive positions at NASA and IBM. While at NASA, he worked on and designed the camera’s on the international space station (ISS). Rogalski also holds licensing to several computer coding codes that make several fortune 500 companies run their daily e-commerce operations.

Craig Rogalski is the Founder of International Talent Management Agency, CK Talent Management based in London. He made headlines last year when he signed a Sr. member of the British Royal Family. This is so rare that currently, there is only one other management agency in the world that represents member(s) of the British Royal Family. Rogalski’s client list at his management agency is vast and includes Hollywood A-List actors, influencers and Athletes. Recently, Rogalski made a rare appearance with his talent on the red carpet at Vogue Fashion Week in Miami, Florida. Rogalski is ranked as one of the most powerful Talent Managers, by several publications and his agency is ranked among the top 5 of international talent management agencies in the world by the Wall Street Journal, MarketWatch and Forbes.

The Rogalskis like the Glazers live a low-key life in Palm Beach, Florida and do return to the upstate Rochester/Buffalo NY area on occasion. We reached out to E-Trade and CK Talent, Mr. Rogalski’s Management Agency for comment, but no response was received by time of publication.