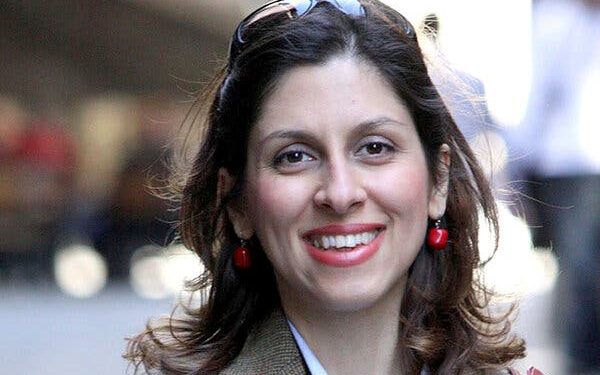 A British woman held in Iran for five years over claims she plotted to overthrow the government. Naznin has had her ankle tag detached, but she will have to face a new court date.

Naznin Zaghari Ratcllife’s lawyer told Sky News she had been released after her sentence ended. Moreover, she could move around as long as she does not flee the country.

Her husband, Richard Ratcliffe, said today’s development was more mixed. But that his wife was pleased the ankle tag was off her.

Boris Johnson tweeted, we welcome the removal of Naznin Zaghari Ratcliffe’s ankle tag. But Iran’s continued treatment of her is unacceptable.

She must be granted to return to the UK as soon as possible. To be reunited with her family, he added.

In April of 2016, Mrs Ratcllife was arrested at Tehran airport while taking her infant daughter to see her parents.

The 42-year old was then accused of plotting to overthrow Iran’s government, which she rejects.

Naznin’s sister-in-law told Sky News she joined the video call with her earlier on Sunday. Rebecca Ratcliffe said she appeared jolly and happy the tag was gone.

However, she had agitation over her hearing on next Sunday’s court date. Naznin has to face the same judge who her in five years of the sentence.

The family is uncertain if it will be a formality to return her passport or announce a new sentence period.

Ms Ratcllife said they don’t know, and there are a few more sleepless nights in front of us.

Mrs Nazanin Zaghari Ratcliffe, a former aid worker who came to the UK in 2007 to study. Naznin has continuously denied the claims that she was trying to overthrow Iran’s hardline management.