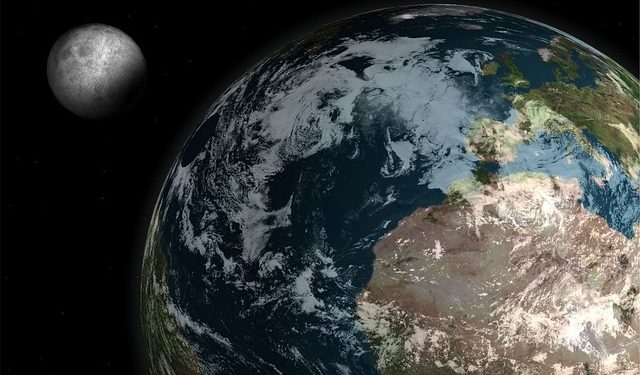 New research has found that it was an asteroid impact and not a volcanic eruption that led to the mass extinction of dinosaurs from the earth. Geologic evidence and data on dinosaur habitats in addition to the climate and ecological simulations have suggested that volcanism was not responsible for wiping out of dinosaur habitats about 66 million years ago.

According to a new study, it is noted that the bulk of volcanic eruptions happened either too early or too late and hence they cannot be blamed for the mass extinction of dinosaurs. As per the data available, a giant asteroid impact, at Chicxulub presently at the Yucatán Peninsula in Mexico led to the release of a lot of ash and dust.

And the resultant ash, gases, and dust completely blocked the light from the sun and made the planet cool for a long period of time which led to the extinction of dinosaurs. During this event, about 75% of the planet’s plant and animals also disappeared at once.

Researchers at the University College of London have studied the impact on dinosaur habitats during different impact and volcanism scenarios. And they have added that nearly around the same time, Deccan Traps also led to the release of climate-altering gases and it may have led to other mass extinctions about 252 years ago.

The team of researchers carried out many climate and ecological simulations in order to compare the results with geologic evidence to gather data on the number of gases released during the eruptions. The researchers have found that the dust from the impact reduced the sunlight to a mere 10 to 20% and it caused the mass extinction of dinosaurs.

Restructuring the market, the real estate ace’s proclamation to launch an app will reorient the standpoint of the vendees in the transactions!