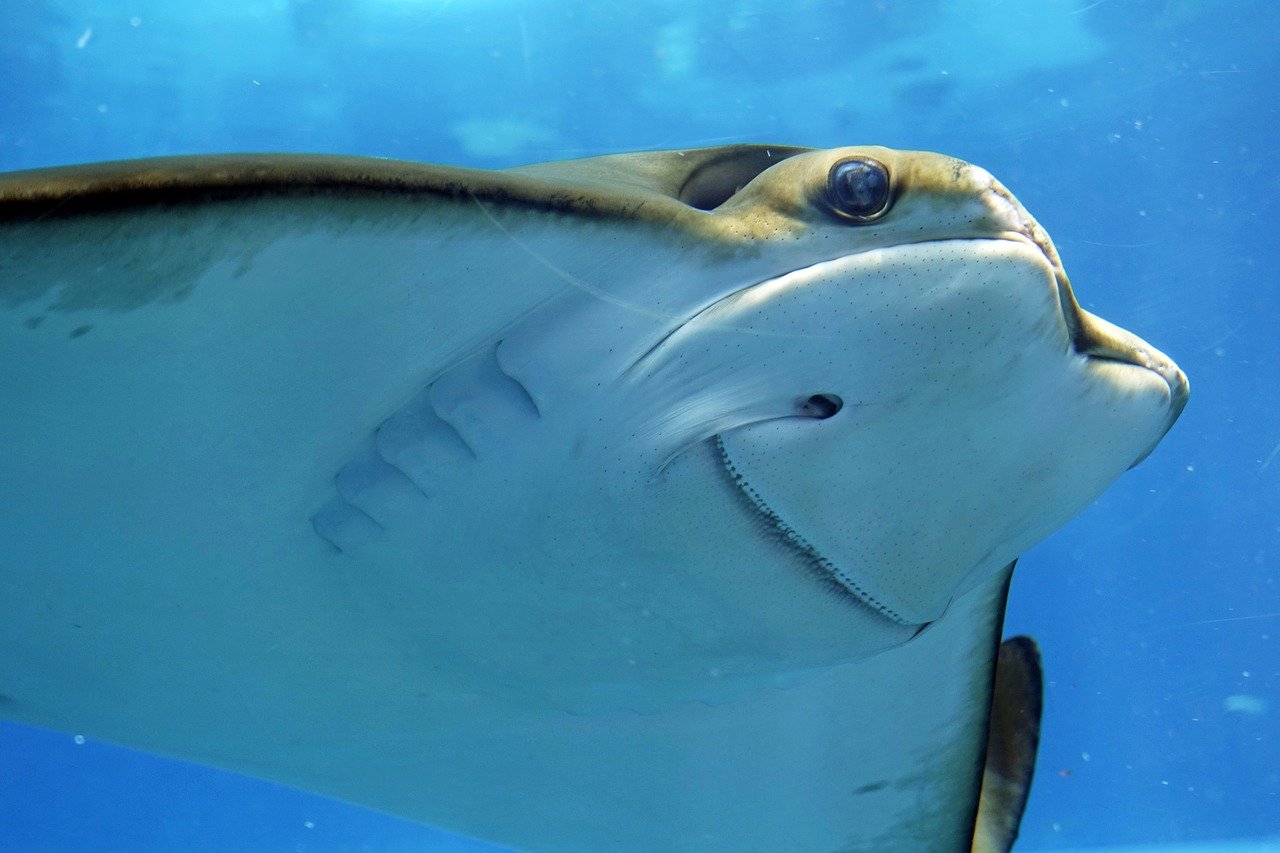 A newly discovered species of Stingray recently found in the rivers of Indonesia is in the contention of claiming the record for being the world’s largest freshwater fish. Although very little is known about them, it is for sure that when it comes to size, very few species can out-compete them.

Mekong Giant Catfish currently holds the record for the largest freshwater fish. In the year 2005, one of their specimens was caught in Thailand that weighed 646 pounds. Catfish are one of the most popular freshwater aquarium fish, and have an incredibly diverse group of ray-finned fish. Cory Catfish, Pictus Catfish, Glass Catfish, Otocinclus Catfish, and Redtail Catfish are often counted amongst the most preferred fish by aquarists across the globe.

Despite the discovery of this massive specimen of Mekong Giant Catfish, researchers still argued that there must be other bigger fish out there that haven’t been discovered yet. With the astounding discovery of a Giant Freshwater Stingray by a fisherman in South Sumatra that weighed a whopping 880 pounds, the guesses of these researchers have received a concrete base. There have also been unverified reports of similar-sized and even larger fish being caught in Borneo.

According to the Zeb Hogan, who is a National Geographic explorer and a fish biologist at the University of Nevada, Reno, these Giant Stingrays can grow to extreme sizes.  He has been searching for the largest species of freshwater fish in the world for the past 15 years. There have been reports of stingrays over a thousand pounds being found in Thailand and Cambodia, which are also the base locations for his research.

It was in 2016 that this species that we are talking about was accidentally caught by a fisherman named Kamar in a small village in South Sumatra, Indonesia. Before 2016, Giant Freshwater Stingrays were never documented in Sumatra.

It is also at this time when Mohammed Iqbal, a biologist at Sumatra’s Sriwijaya University, was compiling internet reports and newspapers of a bunch of ray catches in the local rivers. He came across stories of many huge rays being caught, and the biggest one among them was caught in the Bungin River.

Coming back to the incident, it was one fine day that Kamar laid his net in an open estuary where many rivers empty themselves into the South China Sea. In order to catch fish for selling, he left the net overnight. When he came in the morning to check on his net, he was extremely shocked to find a vast stingray in it.

Since the fish was too heavy to pull, Kamar dragged the net with the fish in it behind his boat and traveled to his village. It reportedly took 15 men to carry the ray onto the land from the water. The local residents said that they have never seen such a huge ray before. They even borrowed a giant scale from a nearby fish storage facility to weigh the stingray.

To prove the legitimacy of the incident, Kamar saved the skin of the fish after it was cleaned and sold in the market for meat. Although the skin has since then shrivelled, it clearly suggested that the ray had a width of eight feet, which is enough to beat the record held by another Giant Stingray found in the year 2009 that weighed around 700-800 pounds. The ray that Kamar found was a bit over 800 pounds.

As per Iqbal, the shape and markings on the skin suggested that it is a freshwater Urogymnus polylepis. He has conducted a survey of internet reports and newspapers clippings of Giant Freshwater Stingrays that were found in Borneo, wherein he found that there have been many instances wherein fish over 646 pounds (which is the record for the heaviest Mekong Giant Catfish) been caught, which almost proves that the Giant Freshwater Stingrays are indeed the largest freshwater species in the world.

What is known so far about them?

The main reason scientists give for knowing so little about them is because of the fact that they hide themselves at the bottom of the riverbed. Although they are not caught by fishermen intentionally, they do get hooked in their nets quite often. When caught accidentally, they put up a ferocious fight and can even drag boats for hours and hours.

They have a 15” (38 cm) serrated poisonous stinger. However, they are pretty non-aggressive by nature. They are extremely inquisitive as per Hogan.

Most of the stingrays that are known to humankind live in the sea, which has also propelled the myth that stingrays are only found in the sea. But the truth is that many species of stingrays live in rivers and lakes across the world.

Giant Freshwater Stingrays were first identified by Pieter Bleeker, a Dutch ichthyologist in Indonesia in the year 1852. Bizarrely, they were forgotten for more than 100 years before being described as a different new species in the year 1990. It was only in 2008 that scientists connected the dots and concluded that this species is actually the same species identified by Bleeker, and it was named Giant Freshwater Stingray with its scientific name being Urogymnus polylepis.

Recent reports also have shown that there has been a 90% decline in the global population of freshwater giants in the last forty years. This is twice the figure as that of the loss of the population of vertebrates in the ocean or on land. This is why there has been an increased urgency in the study of these species.

The most unfortunate part is that researchers are afraid that these Giant Freshwater Stingrays could go extinct before information about their sizes and living conditions are even ascertained.  According to Mabel Manjaji-Matsumoto, who is a marine biologist at the University of Malaysia, Sabah, and has been studying the species since the mid-1990s, the primary reason behind their declining population is pollution apart from habitat loss and overfishing.

She has stated that the runoff from fertilizers used on oil palm plantations in eastern Malaysia has degraded the quality of river water, which has in turn, endangered the life of many freshwater species, including the Giant Freshwater Stingray.

Recent discharge of waste materials from an ethanol plant in the Mae Klong River in Thailand has caused the death of at least 70 Giant Stingrays. It resulted in the carcasses of these rays floating on the water surface, something that the local residents were witness to. Additional investigations showed that an outstanding amount of cyanide had been released into the river. The losses in the population of these stingrays were further proved by Thai researchers from Chulalongkorn University, Bangkok, wherein they found far fewer individual rays than they did in a previous study. This means that since their last study, their population has severely dwindled, which is an extremely alarming fact, to say the least.

Hogan states that his research his not just about finding the biggest fish. It is more than that for him. He believes that everything should be done to protect these giants before it is too late.